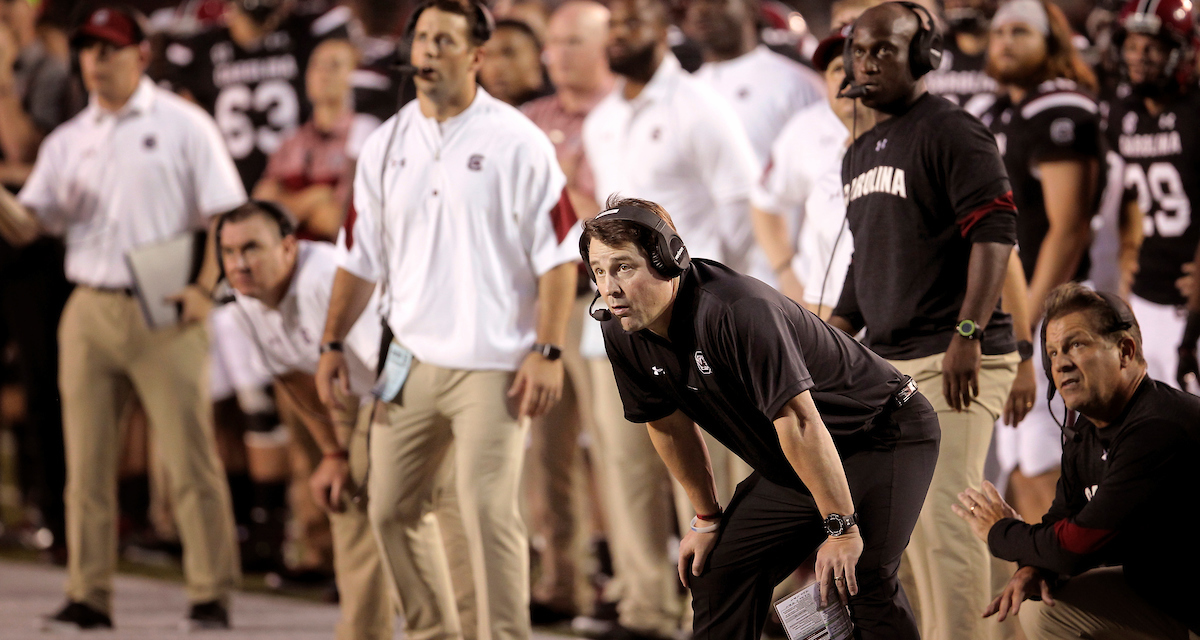 ARE MORE DEFECTIONS TO COME?

The University of South Carolina football program lost one of its top recruits this weekend – and could lose another one prior to National Signing Day on February 1.

Four-star prospect Hamsah Nasirildeen of Concord, N.C. bolted from the Gamecock program on Sunday, saying he will play college football at Florida State University instead.  The hard-hitting, 6-foot-3, 210-pound linebacker was one of the gems of head coach Will Muschamp’s second recruiting class – and was expected to contribute immediately on a Gamecock defense desperately in need of playmakers.

“After discussions with my family and much prayer I have decided it is in my best interest to decommit from the University of South Carolina,” Nasirildeen said in a statement posted to his Twitter page.  “I want to thank Coach Muschamp and Coach (Bobby) Bentley for the opportunity.  I wish you nothing but success in the coming years.”

In the event Williams were to defect, South Carolina would have lost the top two recruits in its incoming class within ten days of National Signing Day – nothing short of a debacle.

As we noted in a post earlier this month, Muschamp’s team is loaded with young talent – especially on the offensive side of the football.  But if the program is ever going to return to national prominence, it’s going to have to land – and keep – top out-of-state talent like Nasirildeen.