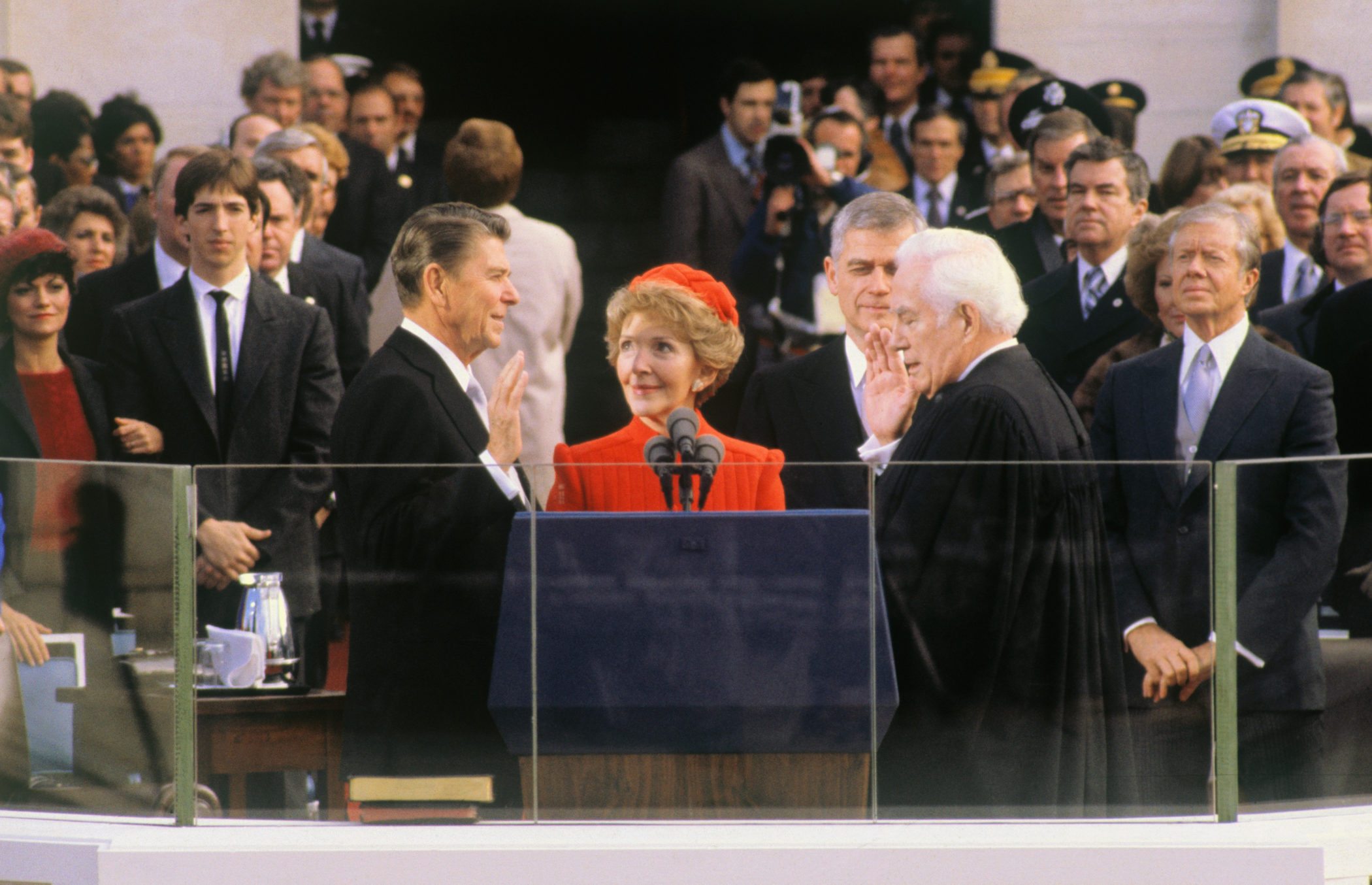 I’ll be unembarrassedly old-fashioned here: It is profoundly depressing and vulgar to hear an American president proclaim “America First.” – @BillKristol

I suppose Bill Kristol really despised this line, too, when he heard it:

Well, our concern must be for a special interest group that has been too long neglected. It knows no sectional boundaries or ethnic and racial divisions, and it crosses political party lines. It is made up of men and women who raise our food, patrol our streets, man our mines and factories, teach our children, keep our homes, and heal us when we’re sick—professionals, industrialists, shopkeepers, clerks, cabbies, and truck drivers. They are, in short, “We the people,” this breed called Americans.

That heavy dose of evil “populism” is from Ronald Reagan’s first inaugural address which is extremely similar in both structure and content to Donald Trump’s speech.  Except for the parts about trade and inflation, they really are the same speech.

Reagan went after “government” while Trump focused on Washington elites.  Reagan was more suave and diplomatic whereas Trump is the guy who simply picks up an industrial-sized wrench and goes to work.  Errol Flynn vs. Bruce Willis.  Same speech though.

Idle industries have cast workers into unemployment, human misery, and personal indignity.  Those who do work are denied a fair return for their labor by a tax system which penalizes successful achievement and keeps us from maintaining full productivity.

Well, this administration’s objective will be a healthy, vigorous, growing economy that provides equal opportunities for all Americans, with no barriers born of bigotry or discrimination. Putting America back to work means putting all Americans back to work. Ending inflation means freeing all Americans from the terror of runaway living costs. All must share in the productive work of this “new beginning,” and all must share in the bounty of a revived economy.

The “terror of runaway living costs?”  Who was this lunatic?  Didn’t he know that “good” speeches don’t use dark and scary terms like this?

Both speeches started off thanking the previous President then laid out the economic problems in dark and very insightful terms. No wishy washy Bush or Clinton crap.  No “fierce urgency of now” overwritten meaningless Obama slop.  Things really suck and I’m going to be honest about it.  Then both speeches shift to more a martial call for the American “breed,” in Reagan’s language, to unite against government/ Washington/ elites and rebuild the country.  But the supposed scholars of the “conservative movement” like Kristol apparently never bothered to actually read or listen to Reagan.

They are still too busy making bank off a Republican Party that is nothing more than a jobs program for arrogant, overeducated useless eaters who have no idea how to build something, fix something or provide a service people want.

D.C. Operative is an analyst and informant who lives and works in and around our nations’ capital.  Got feedback?  Or a tip?  You can email him at DCOperativeForYou@Gmail.com.