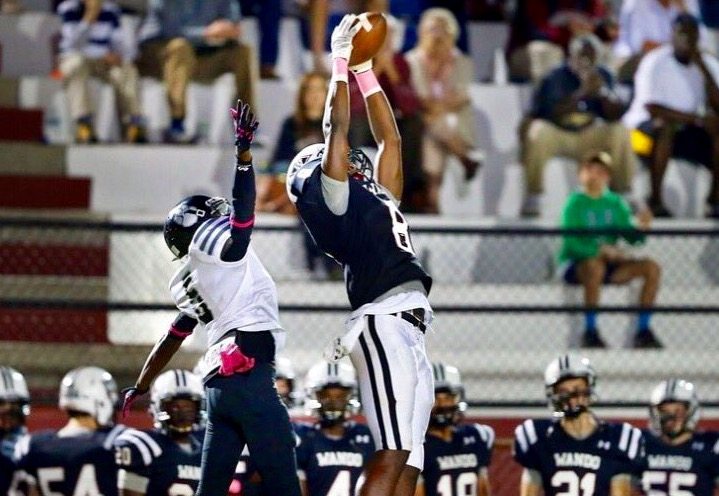 University of South Carolina football fans were down in the dumps following Saturday night’s embarrassing road loss to Mississippi State – as well they should have been.

But the program got a big lift on Sunday afternoon with the addition of another blue chip recruit.

Wide receiver OrTre Smith – the No. 1 wide receiver prospect in the state of South Carolina – chose the Gamecocks over Clemson University, a major in-state recruiting coup for first-year head coach Will Muschamp‘s program.

Smith – a 6-foot-3, 215-pound wide receiver from Mount Pleasant, S.C. (Wando High School) – is the No. 16 wide receiver prospect in the entire country according to 247Sports.

He’s also the sixth four-star recruit to join the program’s class of 2017 – which is currently listed as the No. 11 recruiting class in the country.

Not bad for a program that went 3-9 last season …

Clemson is no doubt disappointed it didn’t land Smith, although the Tigers’ class of 2017 is still ranked No. 7 nationally – and includes a pair of five-star prospects and eight four-star recruits.