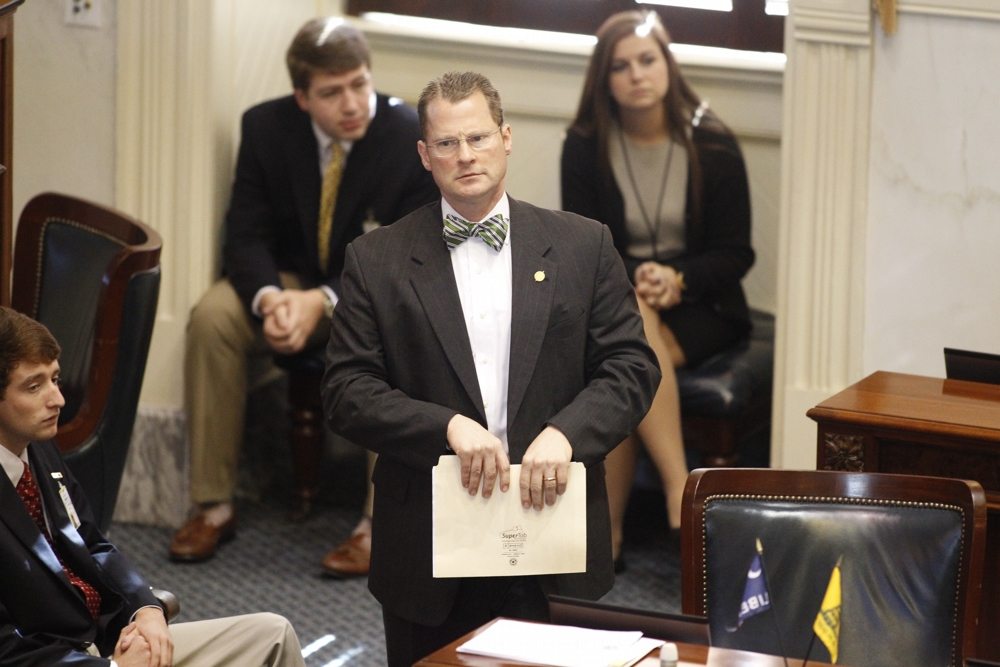 STATE SENATOR COULD GET BROAD BACKING …

There’s currently a major debate underway on that point (something else we exclusively reported).

Bryant, recently reelected to his fourth term represented S.C. Senate District 3 (map), is reportedly receiving support from both allies and enemies of powerful S.C. Senate president Hugh Leatherman – who is desperate to avoid “ascending” to this largely powerless office.

In fact Leatherman has made it clear he intends to remain in the Senate – no matter what happens with the lieutenant succession gubernatorial situation.

Bryant and Leatherman are perceived as ideological antagonists, although in this case it would serve Leatherman’s interests if Bryant’s ambitions were fulfilled.

Bryant is also reportedly eager to leave his post in the S.C. Senate due to his proximity to a looming state pension fund implosion.

All of this executive branch drama stems from S.C. governor Nikki Haley‘s decision to accept an appointment from U.S. president-elect Donald Trump.  If Haley is confirmed, her office would be filled by S.C. lieutenant governor Henry McMaster.

Beyond that, things get hazy …

Some say the S.C. Constitution calls for McMaster to appoint a successor in the lieutenant governor’s office (and he’s already got a candidate in mind, we’re told).  Others say the existing line of succession – which was last used in 2014 – should be followed again.

That debate is likely headed to court.