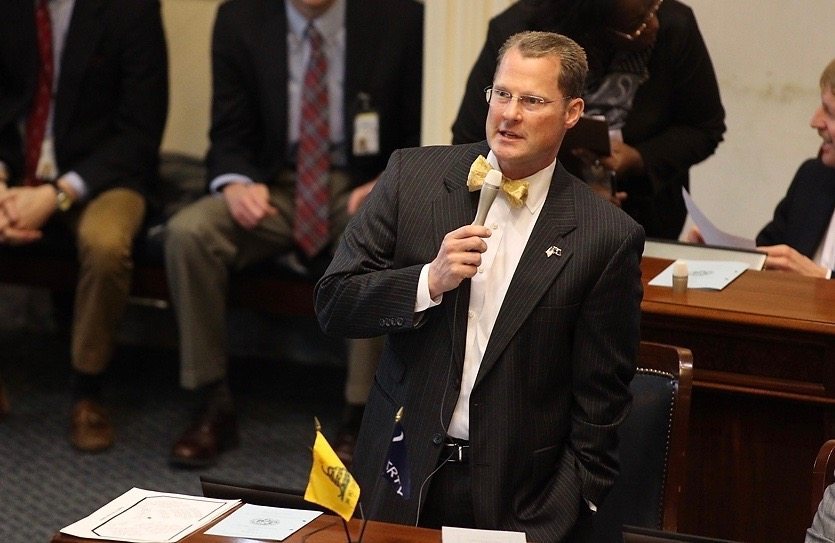 As the battle rages over South Carolina’s looming executive succession, one State Senator is signaling his intentions regarding one of the offices in play.

S.C. Senator Kevin Bryant said this week he is interested in becoming the next lieutenant governor of South Carolina.  That’s assuming S.C. governor Nikki Haley gets confirmed to a post in the administration of U.S. president-elect Donald Trump – which would result in the state’s current lieutenant governor, Henry McMaster, ascending to the governor’s office.

It’s also assuming the S.C. Senate gets to make the call (as we exclusively reported last week, there is some debate on that subject).

“I would be honored to serve the people of South Carolina in such a capacity,” Bryant told us this week.  “I’m humbled to have heard from several members of the South Carolina Senate with positive support. As the Senate convenes next week, I look forward to continuing these discussions with my colleagues and hearing their thoughts and taking their counsel.”

For Bryant to become lieutenant governor, he would have to first be elected president of the S.C. Senate – a post currently held by powerful S.C. Senate finance committee chairman Hugh Leatherman.

That would put him next in the line of executive succession in South Carolina.

This is the scenario that played out in June 2014 when then-S.C. Senator Yancey McGill “ascended” to the office of lieutenant governor after its occupant, Glenn McConnell, stepped down to become president of the College of Charleston.

McGill – then a Democrat – got the lieutenant gubernatorial job because no Republican Senator wanted it.  Even low-ranking State Senators preferred their modestly influential legislative offices to the part-time, largely ceremonial “light gov” gig.

In fact S.C. Senator John Courson – then president of the State Senate – went so far as to resign his Senate leadership office so as to avoid “ascending” to this impotent post.

(For a refresher on all that drama, click here).

Why does Bryant want the gig?  Good question …