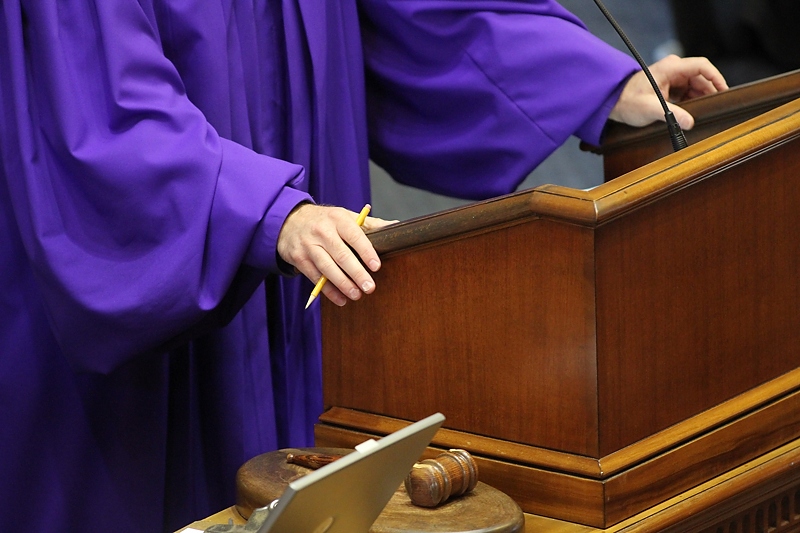 PALMETTO STATE UPHEAVAL AHEAD OF US … AND BEHIND US?

The news that S.C. governor Nikki Haley will accept the nomination of U.S. president-elect Donald Trump to serve as our nation’s ambassador to the United Nations will fundamentally reshape state government in South Carolina.

But we’ve written that story already …

The question is … how will all of this go down?

That part is simple enough.

In fact many suspect Trump is nominating Haley to clear precisely such a path for McMaster – who endorsed the billionaire real estate mogul prior to the Palmetto State’s “First in the South” presidential primary (and who has long-coveted the office Haley is about to vacate).

What about the next step, though?  What happens when McMaster becomes governor and his old job – the lieutenant governor’s office – becomes vacant?

We think we know the answer to that question …

In fact, precisely such a scenario played out in June 2014 when then-S.C. Senator Yancey McGill “ascended” to the office of lieutenant governor when its occupant at the time, Glenn McConnell, stepped down to become president of the College of Charleston.

McGill – then a Democrat – got the lieutenant gubernatorial job because no Republican Senator wanted it.  Even low-ranking State Senators preferred their modestly influential legislative offices to the part-time, largely ceremonial “light gov” gig.

In fact S.C. Senator John Courson – then president of the State Senate – went so far as to resign his Senate leadership office so as to avoid “ascending” to this impotent post.

(For a refresher on all that drama, click here).

Obviously such musical chair machinations were shady … but were they legal?

From Article IV, Section 11 of the S.C. Constitution …

In the case of the removal of the Lieutenant Governor from office by impeachment, death, resignation, disqualification, disability, or removal from the State, the Governor shall appoint, with the advice and consent of the Senate, a successor to fulfill the unexpired term.

This constitutional change was approved by voters in 2012, with an effective date of May 29, 2014.

In other words – according to this interpretation of the constitution – Haley should have appointed the lieutenant governor in 2014 as opposed to the goat show that wound up taking place in the State Senate.

Oh … this interpretation also holds that McMaster would appoint the next lieutenant governor of South Carolina once Haley resigns to take her new job in New York.

Says so right there in black and white, doesn’t it?

There’s another argument … one that would seem to uphold the validity of the last lieutenant gubernatorial succession.

According to the constitutional amendment passed by voters in 2012, the changes to these statewide offices were specifically approved “beginning with the general election of 2018.”

In other words, voters granted their blessing to reshaping the executive branch … but the language of the amendment they approved expressly intended for these reforms to go into effect after the November 2018 elections (which obviously have yet to take place).

Stay tuned … we’ve got several constitutional scholars researching this question in an effort to determine the correct answer.