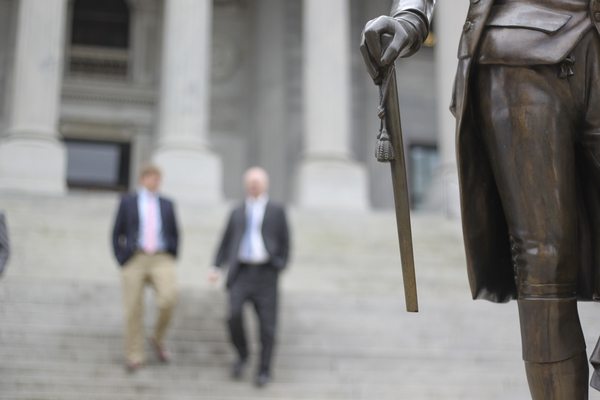 “HEAD-TO-HEAD” RACE WILL BE CLOSE …

The leadership of an influential S.C. House committee remains up for grabs with just three weeks to go until voting.

Wait … aren’t the elections over?

Yes, the notoriously non-competitive popular elections for South Carolina’s 170 state legislative posts are officially in the books.  And as usual, the vast majority of those races resulted in unchallenged incumbents retaining their seats.

So they can continue to do … well … what they always do.

The “voting” we’re referring to will take place in early December, when state legislators convene in Columbia, S.C. for an organizational session to elect their leaders and receive their committee assignments for the 2017-18 session of the all-powerful S.C. General Assembly.

As we reported back in September, one of the hottest insider races is for the chairmanship of the powerful Labor, Commerce and Industry (LCI) committee.

We call this race “A Tale of Two Heads.”

One head (the larger of the two) belongs to S.C. governor Nikki Haley‘s closest ally in the legislature – State Rep. Nathan Ballentine.

The other head – which was cracked open most suspiciously during a government-funded junket to Panama City in 2010 – belongs to uber-liberal S.C. Rep. Bill Sandifer. 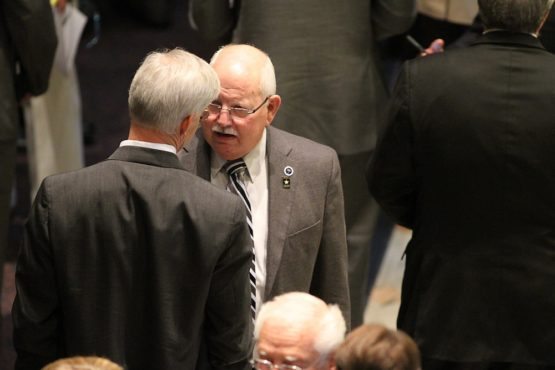 He’s the current chairman of this committee … not to mention arguably the most insufferable member of the S.C. General Assembly.

Two years ago, Sandifer beat back a challenge from Ballentine – but this year his hold on power has appeared exceedingly tenuous.  If fact back in September, it appeared as though Ballentine was finally in position to oust Sandifer from this post – which the 71-year-old lawmaker has held since 2008.

“It’s gone from ‘even’ to ‘lean Sandifer,'” one veteran lawmaker with insight on the race told us.

Several other lawmakers and legislative staffers confirmed this assessment.

“Don’t believe all you hear about Nathan being in the lead,” one staffer told us.

We don’t especially care who wins this seat, but there are a cavalcade of deep-pocketed legislative insiders who are watching the unfolding power struggle intently.  Whoever wins this chairmanship stands to profit handsomely from the servitude of these well-heeled insiders … and the big money campaign checks they can deliver.

Stay tuned … we’ll continue to keep an eye on the race as it unfolds.

Where Is #BlackLivesMatter On Amir Jennings?