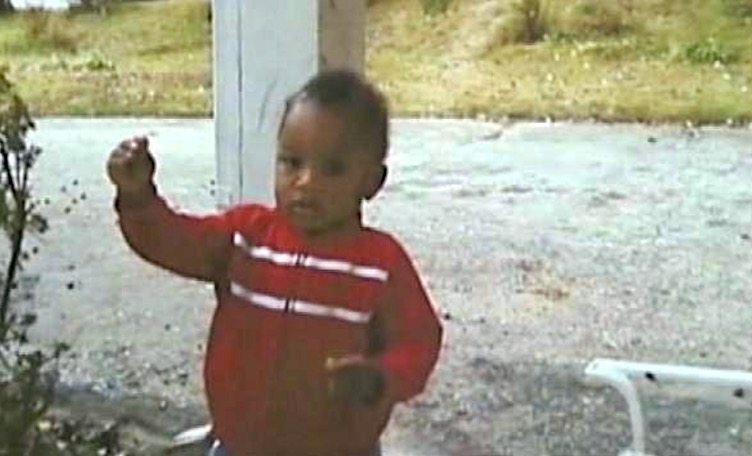 Lost in the mind-blowing, head-losing hoopla of the 2016 presidential election, it was reported that a 27-year-old South Carolina woman had been released from prison earlier this year.

“Da best is back!” Jennings wrote on her Facebook page. 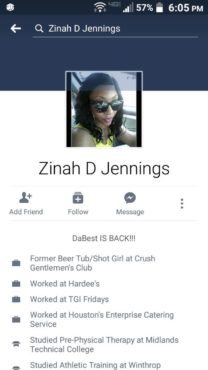 The message was quickly removed, though, we’re told.

How come?  Well, a few short years ago Jennings was among the most notorious people in the Palmetto State … and with good reason.

Sometime in late November 2011 (or late December of that year, depending on who you believe), her 18-month-old son Amir Jennings went missing.

Gone … but not without a trace.

Amir’s blood was found on blankets and clothes inside his mother’s car, and in September of 2012, Zinah Jennings was found guilty of unlawful conduct toward a child after refusing to provide police with information on the whereabouts of her young son.

Amir – who would be six years old today – is presumed dead, but authorities have never discovered a body in connection with his disappearance.

And Jennings has never come clean regarding what she knows …

Tragic, right?  Indeed.   And not just for the young boy … but by all accounts his young mother appeared to have her life together prior to his unexplained disappearance.

Also tragic?  The lack of national attention the case generated (which was chronicled in this 2012 report by Associated Press scribe Meghan Kinnard).

Sentenced to ten years in prison, Jennings wound up serving less than half of that term – during which time she gave birth to a second child (a daughter).

Child advocates were livid at her release … and at the thought that she might be entrusted with the well-being of another child.

“How does one have their child disappear, have no explanation of where he is … and get to walk freely among society?” one told us.  “Will she get her second child she birthed in jail back?  That would be criminal in my mind.”

That decision will ultimately by made by the S.C. Department of Social Services (SCDSS), which has been besieged in recent years by scandals related to placing young children in dangerous situations.

“I could see them saying, ‘well she hasn’t been convicted of anything but child endangerment’ so we have to give her her child back,” one advocate lamented.

Our sources have asked us to do a little digging on this case, and we’re going to – starting with the decision to release this woman back into society with more than five years remaining on her sentence.  Even though she still refuses to cooperate with authorities.