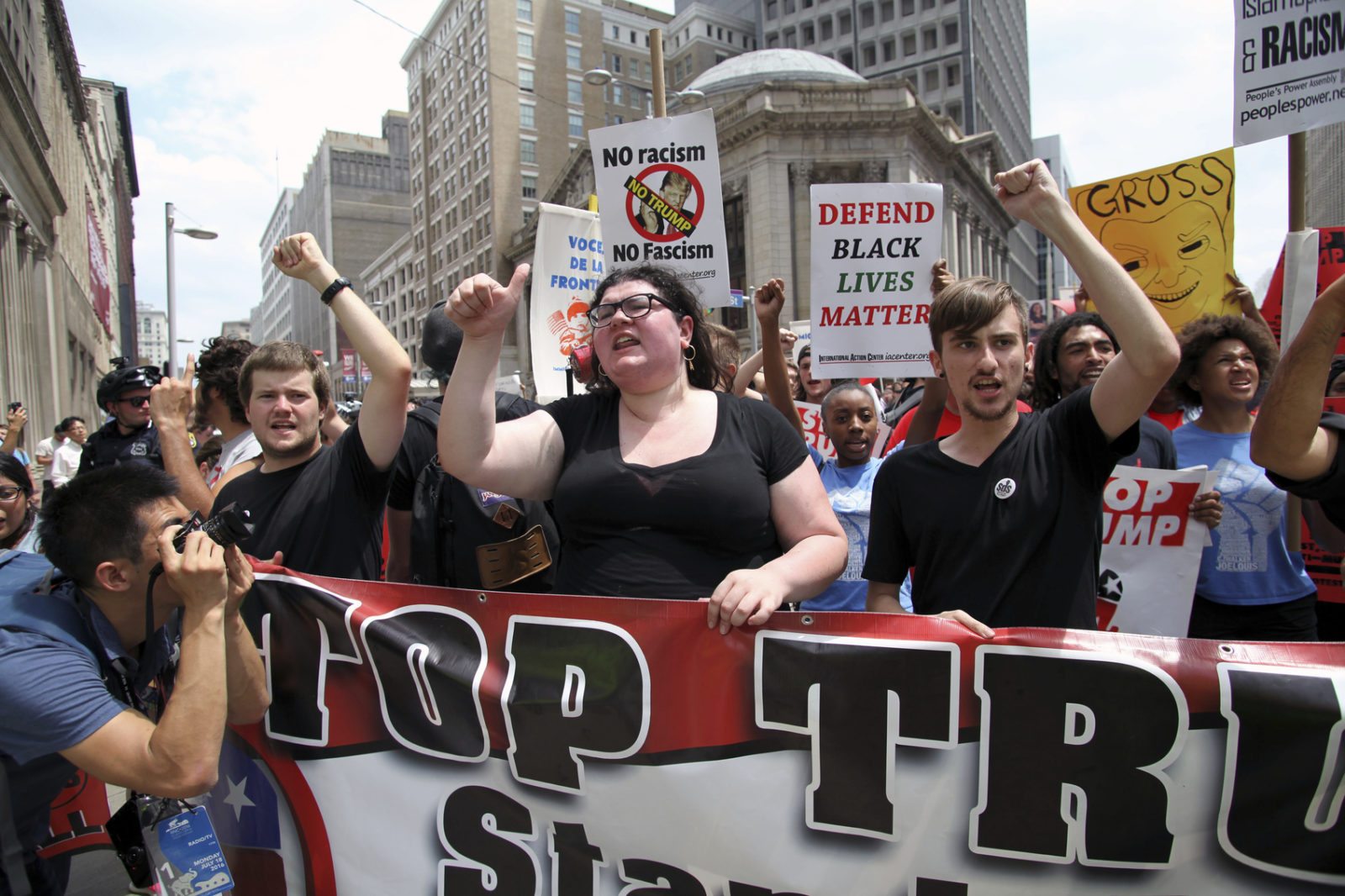 MILLENNIAL SNOWFLAKES ARE FINALLY GETTING A REAL EDUCATION …

|| By MICHAEL McDANIEL ||  There’s an old saying in sports when a team is all but certain to defeat its opponent – “it’s all over but the crying.”  After the American electorate chose Donald Trump over Hillary Clinton to be our 45th president, it’s tempting to scream this at the top of your lungs.

Albeit you’re a Trump supporter …

Yet mourning in the streets is what the bubble-wrapped, safe-space generation is doing as they wail, weep, and gnash their teeth at the election’s outcome.  The mere notion that a different world of ideas and opinions must now be dealt with is simply too much for their tender, overinflated, “trophy-just-for-showing-up” egos to handle.

Of course, it’s not like there isn’t enough blame to go around. Many Gen-X parents have created these little hellion-pariah’s. With little doubt their parents are at fault as well.  It’s certain to have started with the “child-worship” that so many Gen-X parents have engaged in.  Facebook is a prime example.  Have you ever noticed the parent who uploads a gazillion pics of their perfect child?

You know exactly the kids and parents we are talking about.

They’re the ones who complain to mom and dad about bad grades and blame the teacher. Next thing you know, mom and dad have called the Superintendent ranting and raving about how poor the teacher is, threatening to sue the school district, go on their Facebook page and the school districts and besmirch the administration for unfair treatment of their precious Jacoby or Bethany, and run a full blown, negative, opinion piece in the local newspaper.

Yep, the same parents that blow-up at the coach of their son or daughter’s high school sports team because they aren’t getting enough play time. Well, those parents didn’t spend thousands of dollars and every weekend for 8 years trapesing all over God’s country to every tournament in the tristate region just to have their kid sit on the bench. Their kids are entitled to start – even if they are a Freshman!

Millenial snowflakes are entitled.  They are entitled to every award.  Even for things there aren’t awards for.  Such things as:

Getting out of bed.

Not going to school.

Going out for drama team.

Not breaking their iPhone screen.

Not breaking their iPhone screen in the first month they have it.

Getting “D’s” in school.

Getting “F’s” in school and fighting the man to have these grades overturned.

Trump’s election for many bed-wetting, bumper-bowling snowflakes is likely the first time they have been told, “no,” and they simply have no life-skills to deal with it.  On college campuses, we see, cry-ins, arts and crafts sessions, therapy dogs, playing with Play-Doh, coloring in color books – the snowflakes need intense coddling to help them deal with their grief.

There’s another concept in sports; winners are made from losers. Losing teaches you what it takes to be successful if you pay attention. Those who are on today’s winning side must be careful not to yield to the temptations of the phony olive branch ploys of “healing the nation.” This is code for, “subverting the Trump/GOP agenda by guilt-shaming the winners while softening their duly elected conservative agenda.

It’s by-time the snowflakes learned that just because someone peed on your Corn Flakes doesn’t mean you have to die of hunger.

There’s a sneaky suspicion out there that Trump will be a pretty good teacher.

Michael McDaniel is a freelance opinion writer and commentator covering national and election politics for online publication and radio. Follow Michael McDaniel on Twitter @Sylencedogood for his 140 character surgical dismantling of the liberal left.