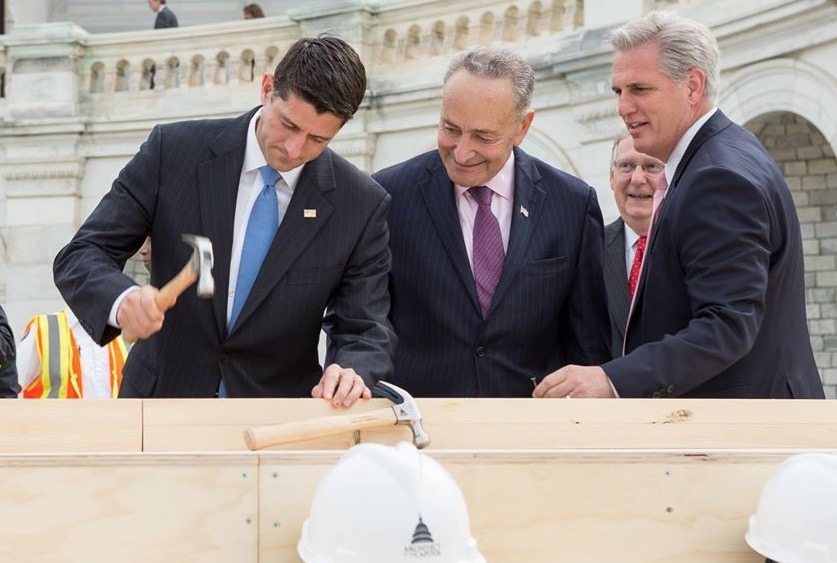 HARD TO RIG THIS OUTCOME …

There’s been a lot of talk lately about rigged polls (and with good reason).  But some outcomes are pretty much indisputable.  For example, it has become abundantly clear that Republican voters do not trust fiscally liberal U.S. Speaker Paul Ryan to lead their party.

By a nearly two-to-one margin, they prefer GOP presidential nominee Donald Trump to lead the party.

According to the results of a new NBC News/ Survey Monkey poll released Tuesday, 63 percent of GOP and GOP-leaning voters say they trust Trump more than Ryan to lead the party.  Only 34 percent said they trusted Ryan.

That’s a pretty tough outcome to rig … especially seeing as the sample for those outcomes consists exclusively of self-identified Republican (and Republican-leaning) voters.

The poll results also reinforce what we’ve been saying all along in response to the “October Surprise” smearing of Trump by the GOP elite: That establishment Republicans running the show in Washington, D.C. have lost the support of the GOP base.  And aren’t getting it back anytime soon …