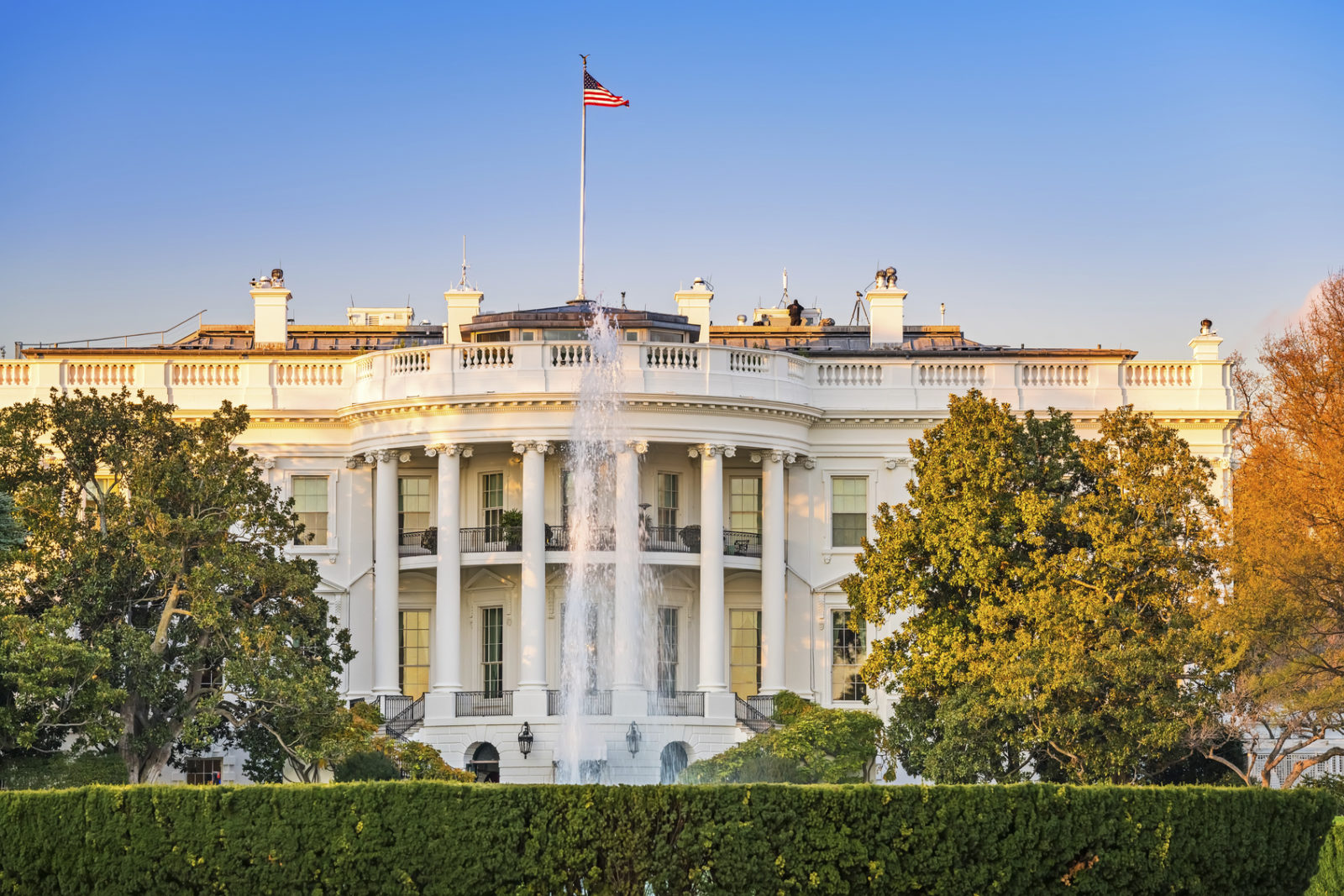 If you believe the polls, GOP presidential nominee Donald Trump faces an uphill climb in any number of swing states that will determine the outcome of the 2016 presidential election.

In fact he needs to sweep these swing states if he is to have any chance of defeating Democratic nominee Hillary Clinton.

For the latest swing state data we turn to Axiom Research, which in addition to polling swing states is polling “battleground counties,” or specific counties within swing states that could provide a glimpse into where the 2016 race is headed.

“These counties historically reflect statewide results, so monitoring them will be key in analyzing the 2016 presidential race,” Axiom’s pollsters note.

According to the latest Axiom data, these counties are evenly splint between Trump and Clinton at the moment. 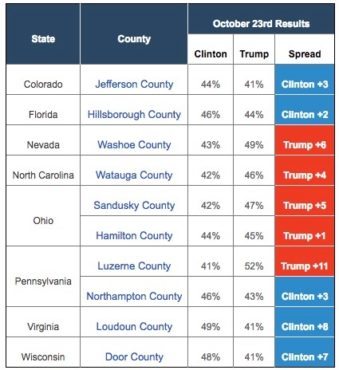 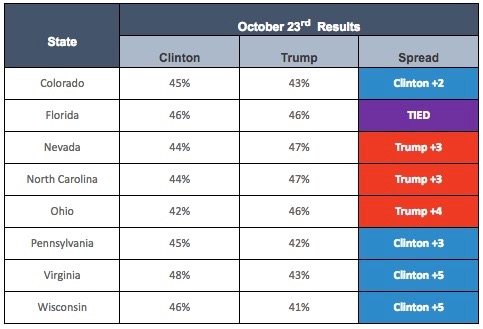 With one exception (Luzerne County, Pennsylvania), these “battleground counties” continue to be indicative of the swing states in which they are located.

What does this mean for November 8?

“As of this moment we find a presidential campaign where Hillary Clinton has the clear advantage over Donald Trump, but we do not find a presidential campaign that is out of reach for Trump,” Axiom’s pollsters noted.  “The odds are stacked against Trump, as our data and data from most reliable sources shows, but he has slim leads or is within the margin of error in his must-win states.”

For Trump to reach the 270 electoral vote threshold, he would have to defeat Clinton in Colorado and Florida while maintaining his leads in Nevada, North Carolina and Ohio.

“Virginia, Wisconsin and Pennsylvania appear to be out of his reach as he is at least three points behind in each of those states in the closing weeks of the campaign,” the pollsters concluded.

Trump’s worst case scenario?  He loses all of these states (and the White House) in an Electoral College rout.

Frankly, the fact that Trump still has a path to victory is nothing short of amazing given that he’s been campaigning against Clinton, the mainstream media and establishment leaders within his party.