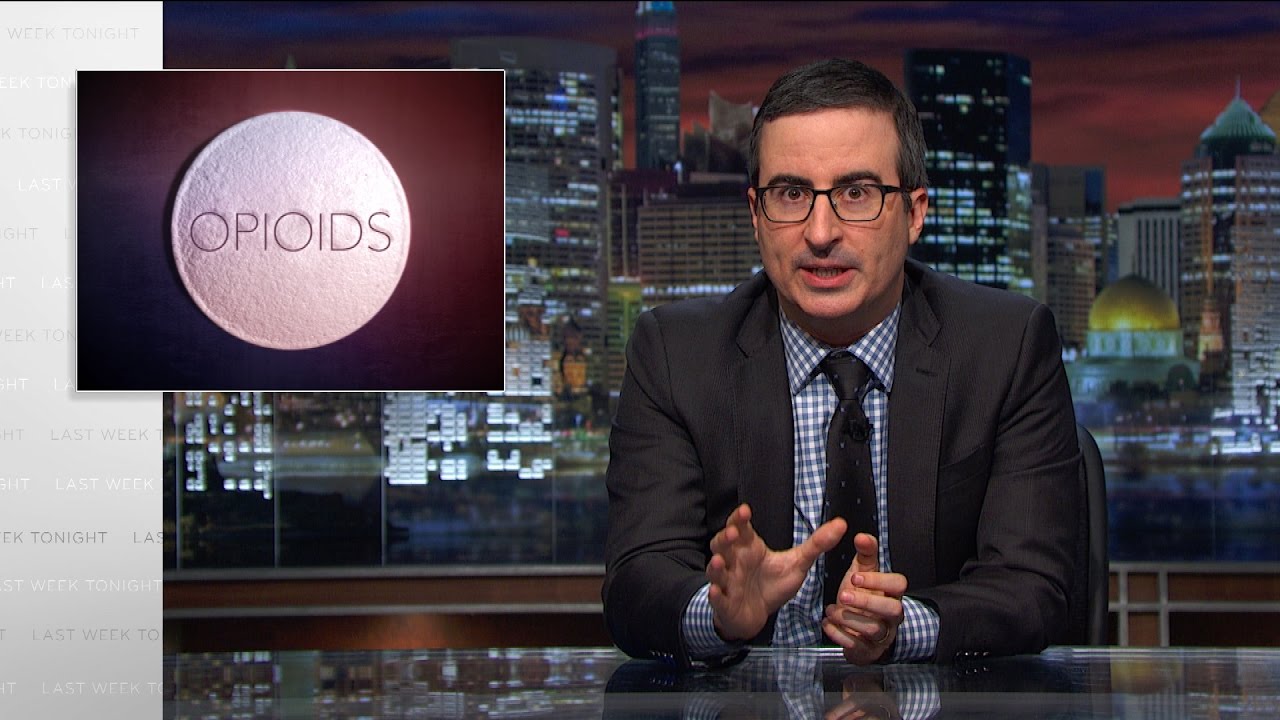 And of course we’ve written repeatedly on Horry County, S.C. – which is ground zero for the ongoing opioid epidemic in the Palmetto State.

Finally, we’ve written on how Big Pharma has spent billions of  dollars purchasing America’s politicians – which is why “we’re at the point now where our government is green-lighting chemicals that it knows are harmful on the one hand, yet banning plants it knows are helpful on the other.”

Delving deeper into this insanity over the weekend was John Oliver, host of HBO’s Last Week Tonight.

We’ve written about Oliver on several occasions in the past, and while we don’t always agree with him his take on this issue (above) is absolutely brilliant.

During his segment, Oliver addresses Big Pharma’s claim that people aren’t really addicted to opioids, that they are instead suffering from “pseudo-addiction.”

“Wow, that is so convenient,” Oliver said. “That is like Chipotle going, ‘Have you heard of this fascinating new thing called pseudo-diarrhea? It looks a lot like diarrhea but it’s not diarrhea and the cure may actually be more tacos.'”

According to Oliver’s report, “around 75 percent of heroin users started with prescription opioids, drugs like Oxycontin, Vicodin, and Percocet, which some take recreationally and others take as prescribed by a doctor. But however it starts, it can get out of hand fast.”

Of course government isn’t fighting a $1.3 trillion war against these substances, it is actively encouraging their use.  In fact according to U.S. Surgeon General Vivek Murthy, more than 250 million opioid prescriptions were written in the United States last year alone.

“This is happening everywhere,” Oliver added.  “The odds are, right now, you probably know someone who is struggling or who has died from an opioid addiction.”

Props to Oliver for tacking this subject … and exposing government’s hypocrisy and subservience to special interests on this critical quality of life issue.