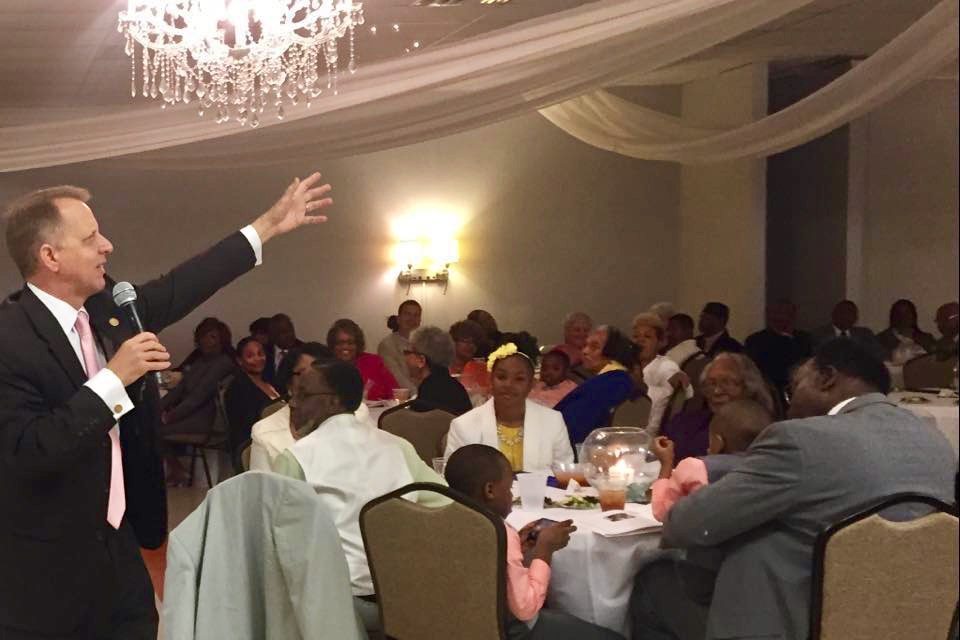 Nearly a month after we published our first exclusive report on allegations of sexual misconduct involving S.C. Senate candidate Mike Fanning, The (Columbia, S.C.) State newspaper has filed its own report on the subject.

According to reporter Avery G. Wilks, Fanning has yet to be charged with a crime – but has hired S.C. Senator Gerald Malloy to serve as his attorney.

As we exclusively reported last month, a 40-year-old woman who goes by the alias Crystal Brightstone has accused Fanning of seducing her in the early 1990s – beginning when she was a 16-year-old student at Estill High School in rural Hampton County.

Fanning was a teacher at the school at the time.

Our report also revealed that Fanning was the subject of a Richland County sheriff’s department investigation into similar allegations in 1998 – when he was a teacher at Columbia High School.  Fanning was not charged in that case because an assistant Richland County solicitor determined there was “not sufficient evidence for criminal prosecution.”

Two weeks after our original report was filed, the website Blythewood Online reported that Fanning was under investigation by the S.C. State Law Enforcement Division (SLED) on a “forcible fondling” allegation.

Fanning has issued a blanket denial to this website regarding the allegations, saying he “categorically denied any wrongdoing.”