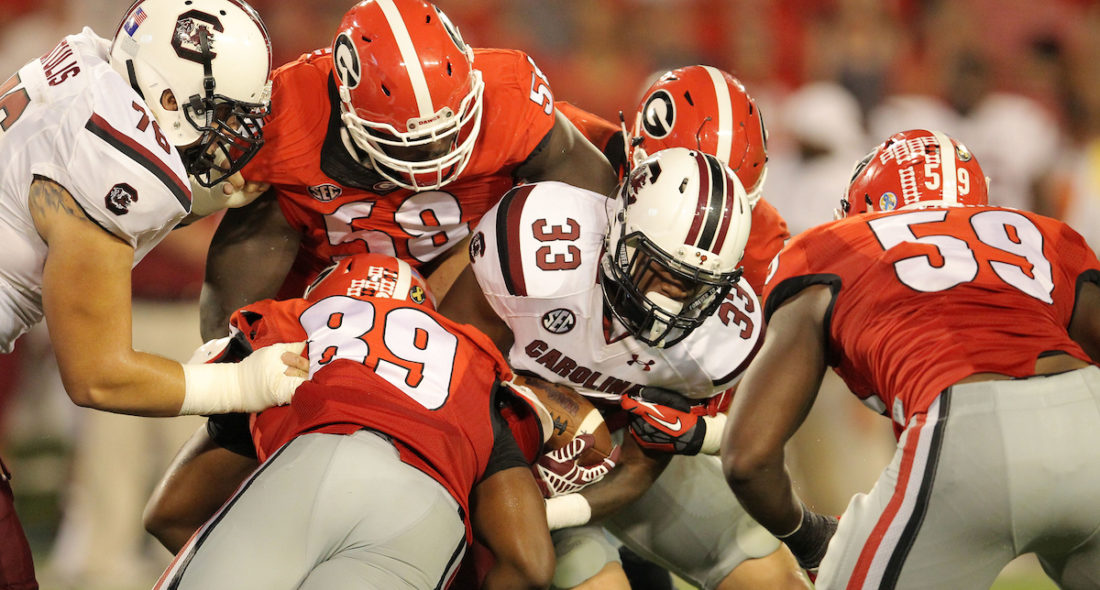 KICKOFF TIME REMAINS UP IN THE AIR, THOUGH …

The University of South Carolina has yet to reach a decision about when its football team will kickoff against Southeastern Conference (SEC) rival Georgia this weekend.

The school has made one thing clear, though: They’re not moving the game to Georgia.

“The game will be played in Columbia,” a statement issued late Wednesday from South Carolina’s athletics department noted.

There has been considerable speculation that the annual SEC East showdown might be moved to the Peach State – perhaps Atlanta or Athens – due to issues associated with Hurricane Matthew.

In fact The Atlanta Journal-Constitution speculated earlier this week that the Georgia Dome was a likely destination for the game.

Apparently that’s not going to happen …

As it stands now, kickoff is still scheduled for 7:30 p.m. EDT on Saturday at Williams-Brice Stadium in downtown Columbia, S.C. – with the SEC Network providing national coverage.

“We anticipate a decision about the game to be made on Thursday,” school officials stated.  “The safety of everyone affected by the storm and the minimization of the impact on emergency personnel are the most important factors in making the decision.”

S.C. governor Nikki Haley has initiated an evacuation of the coastal regions of the Palmetto State in advance of Matthew’s approach.  According to current forecast models, the storm is projected to pass by the South Carolina coast sometime Saturday afternoon.

Georgia boasts a 48-18-2 all-time advantage over South Carolina in the series, although the Gamecocks have taken four of the last six games – including three in a row at home.