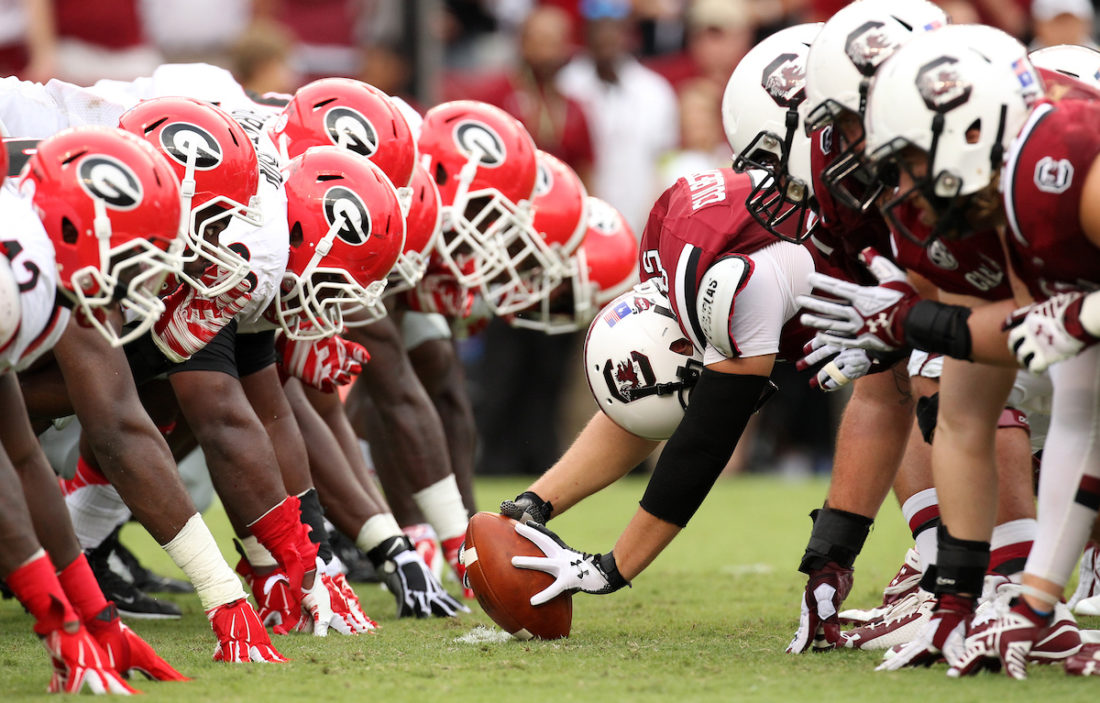 WILL IT BE PLAYED? AND WHERE?

The University of South Carolina football team had to move a home game in 2015 due to inclement weather.  It could find itself in a similar situation this year …

School officials are consulting with the Southeastern Conference (SEC) and the University of Georgia in an effort to determine how to handle this weekend’s scheduled matchup between the Gamecocks and the Bulldogs.

As of this writing, the game is scheduled to be played at 7:30 p.m. EDT on Saturday at Williams-Brice Stadium in downtown Columbia, S.C.  Unfortunately, powerful Hurricane Matthew may have other plans.

The category four monster is currently tracking toward the Palmetto State – prompting governor Nikki Haley to call for the evacuation of 1.1 million coastal residents.

“The University of South Carolina and the athletics department are currently monitoring the movements of Hurricane Matthew,” the school’s athletics department said in a statement.  “We are in communication with the National Weather Service, local authorities and the SEC regarding potential weather issues. The safety of everyone that could be impacted by the storm is paramount.  Once forecasts call for action, we will use all means necessary to inform the public.”

There are rumors the game may be moved to the Georgia Dome – although if that happens, it would have to be played on Friday or Sunday.  How come?  Georgia State and Texas State are playing at the arena at 3:30 p.m. EDT on Saturday.

Another possible option?  Playing the game as scheduled on Saturday – only in Sanford Stadium in Athens, Georgia.