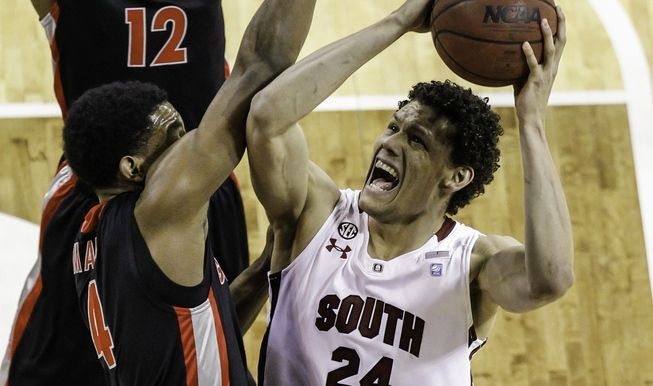 Hours after being cleared to play by the NCAA, University of South Carolina guard Tyrone Johnson led his new team to an 82-44 rout over Longwood University.

In the season opener for second-year head coach Frank Martin, the 6-foot-3, 194-pound transfer from Villanova scored 18 points to lead all scorers.

Gamecock fans (the announced crowd was 8,356, but take that number with an ocean of salt) also witnessed the debut of a pair of highly touted newcomers – Justin McKie and Reggie Theus, Jr.

Big things are expected from Martin, who posted a 117-54 mark in five seasons as Kansas State’s head coach. His run with the Wildcats included four NCAA tournament nods – including an Elite Eight appearance in 2009.

South Carolina hasn’t appeared in the NCAA tournament since 2004 – and hasn’t won a game in the “Big Dance” since 1974.