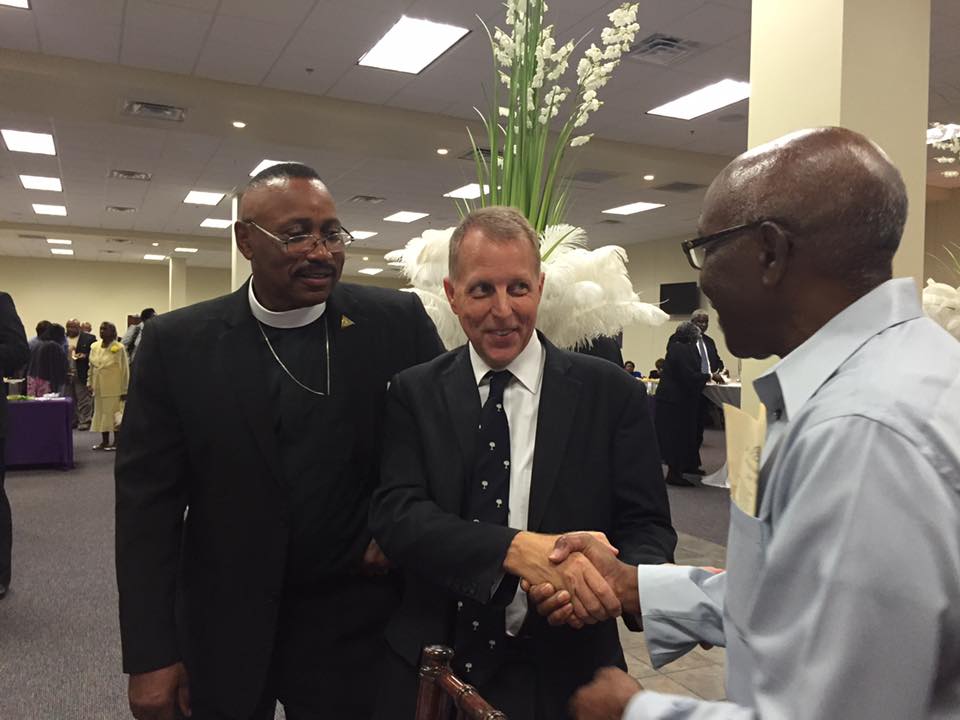 Democratic S.C. Senate candidate Mike Fanning failed to appear at a Fairfield County Chamber of Commerce candidate forum this week – the second such forum he’s missed in as many weeks.

The wide-eyed, suspender-wearing politician also informed leaders of a prominent local homeowners’ association that he won’t be attending their event, either.

“Doesn’t that seem a little suspicious?” Fairfield GOP officials asked in a statement. “If he won’t answer the public’s questions while he is a candidate, he sure won’t answer them when he is a sitting State Senator.”

We wonder: Is Fanning missing these events because he’s worried about having to respond publicly to our recent bombshell report?

The rural district – which includes parts of Chester, Fairfield and York counties – leans Democratic, but Fanning’s race is reportedly closer than expected.

One reason?  Fanning, a former school teacher, has been accused by one of his ex-students of “seducing” her in the early 1990s – a claim which dredged up records of a 1998 investigation into similar allegations.

Fanning was not charged in the 1998 case due to “insufficient evidence,” but the documents raised serious questions about his judgment.  The 49-year-old politician told us last month he is “immensely proud” of his teaching record and that he “categorically” denied any wrongdoing related to the allegations leveled against him.