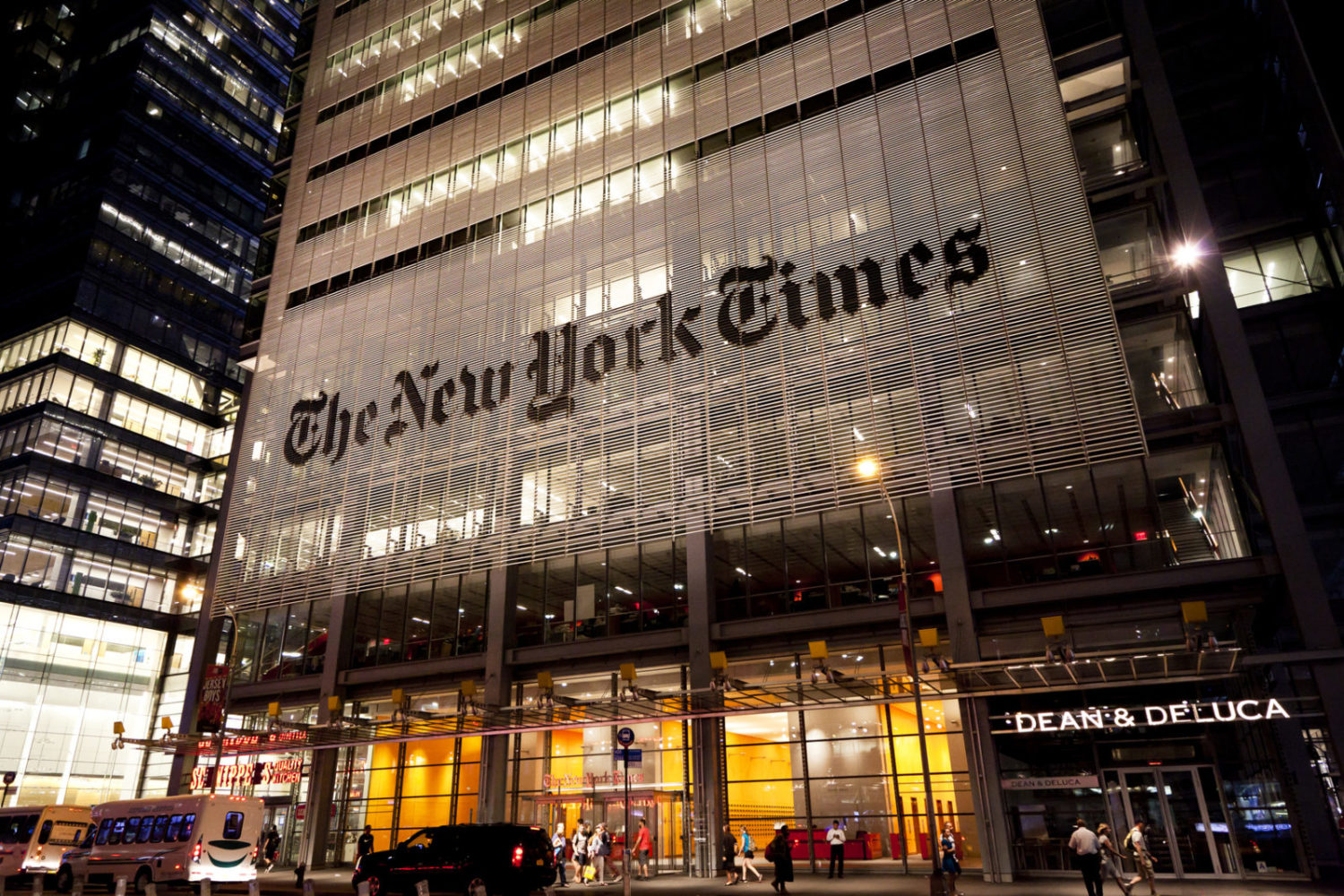 The New York Times dropped a bombshell on the 2016 U.S. presidential election over the weekend when it reported that GOP presidential nominee Donald Trump had declared a $915 million loss back in 1995.  That massive hit could have very well enabled him to avoid having to pay income taxes in successive years.

The tax documents – published without Trump’s consent in direct contravention of federal privacy law – quickly became a flashpoint for the campaign of Democratic presidential nominee Hillary Clinton, which has been slamming Trump over his refusal to release his tax returns.

Hmmm … did she know what the paper was about to publish?

The Times has consistently railed against individual filers and corporations which avail themselves of various tax exemptions – although the paper is on exceedingly questionable ground when it comes to criticizing such fiscal maneuvering.

In 2014, for example, the paper paid no federal taxes – and actually received a $3.5 million refund check from the federal government – despite posting a pre-tax profit of $30 million.

“The effective tax rate for 2014 was favorably affected by approximately $21.1 million for the reversal of reserves for uncertain tax positions due to the lapse of applicable statutes of limitations,” the Times’ claimed in its annual report.

That’s especially true seeing as the Times’ “glass house” is located in a building seized from multiple owners via eminent domain – and seeing as the company further benefited from a $26 million handout courtesy of city taxpayers (including Trump) when it moved into the new facility.

Now the Times wants to lecture the country about people availing themselves of tax loopholes?  And do so while flagrantly violating the individual liberty of a tax filer who did not consent to the publication of these private documents?

Let’s be clear: This website has gone on record previously saying Trump should release his tax returns.  And no, we don’t think it’s fair that wealthy Americans and mega-corporations are able to avoid paying taxes like the rest of us.

But whose fault is that?  Trump’s?

Trump did what anyone else would do.  He gave the government all he was required to give – and not a penny more.  Which, it turns out, is exactly what the newspaper attacking him did.

Frankly, we’re less concerned with what Trump personally owed or paid in taxes and more concerned with his tax policy for the rest of the country – which is far superior to what Clinton has proposed.

We’re also concerned about what the leak of Trump’s private tax returns means for an Internal Revenue Service (IRS) that’s already been busted once before playing politics.