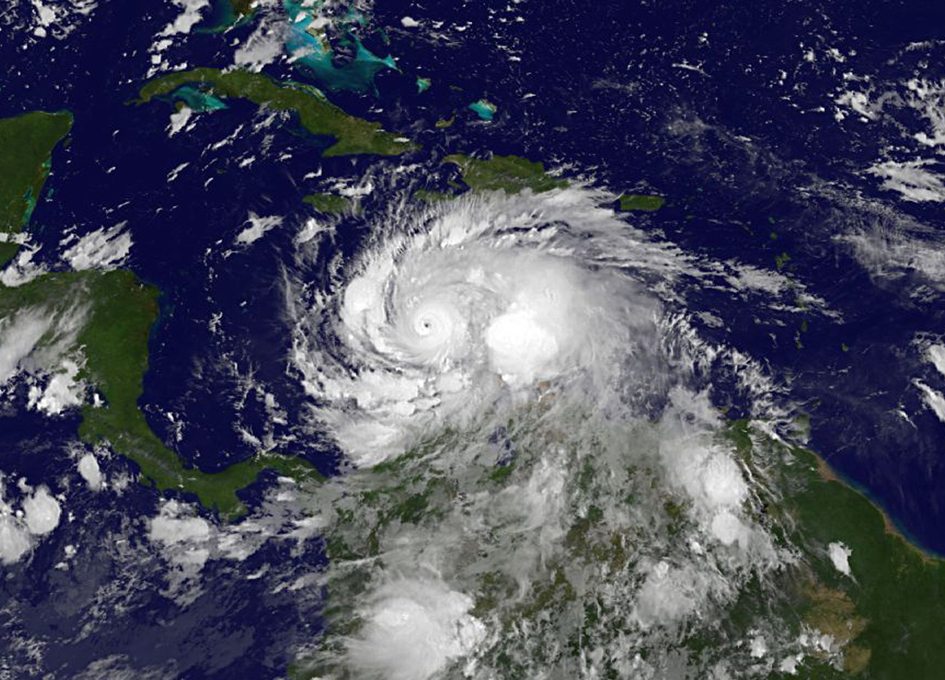 Hurricane Matthew – a category four monster – is making its big move to the north.  And while residents of Jamaica, Haiti and Cuba are the ones bracing for its immediate impact – the storm’s longer-term trajectory remains unknown, prompting officials along the east coast of the United States to begin making preparations.

According to the National Hurricane Center, Matthew’s center of circulation was located 270 miles south-southeast of Kingston, Jamaica as of 5:00 p.m. EDT on Sunday.

Matthew is currently moving northwest at five miles per hour.

“Some fluctuations in intensity are possible during the next couple of days, but Matthew is expected to remain a
powerful hurricane into Tuesday,” forecasters noted. 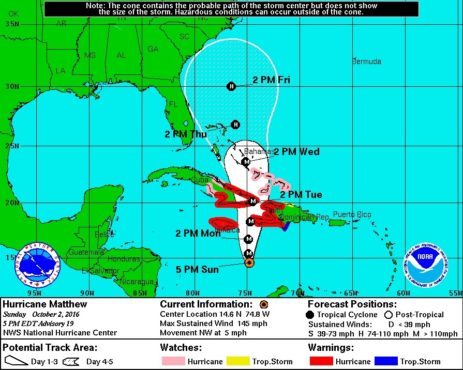 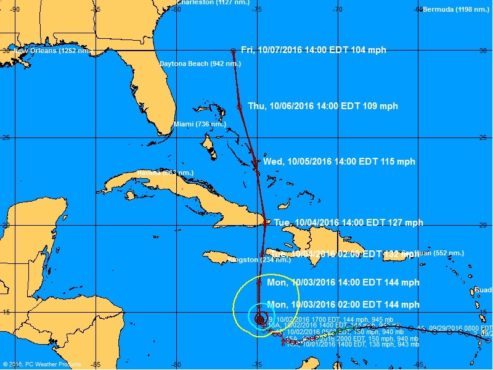 As those forecast models make clear, the eastern coast of the United States is very much in the danger zone for this menacing system – which is projected to continue its turn to the north this evening and approach Jamaica sometime Monday.

Depending on its path, the system could begin impacting the American mainland as early as Wednesday.

Worth considering?  While Matthew has stayed true to the course forecasters originally plotted, it has dramatically exceeded estimates as far as intensity.

Officials in South Carolina are already gearing up for the storm – coordinating with county-level emergency managers and reviewing plans for evacuations and other possible emergency response efforts.

“It’s too soon to rule out any possibilities,” S.C. Emergency Management Division (SCEMD) director Kim Stenson said. “Hurricane Matthew has quickly strengthened into a dangerous storm and its projected path could put South Carolina in harm’s way.  Fortunately, people in South Carolina have time.  While we hope we never see a hurricane head our way, we all need prepare for the possible effects.”

Speaking of which, SCEMD officials urged all South Carolinians to download the state’s latest Hurricane guide (below).

Stay tuned … we will continue to update our readers on the status of this dangerous system as it moves north toward our state’s coastline.