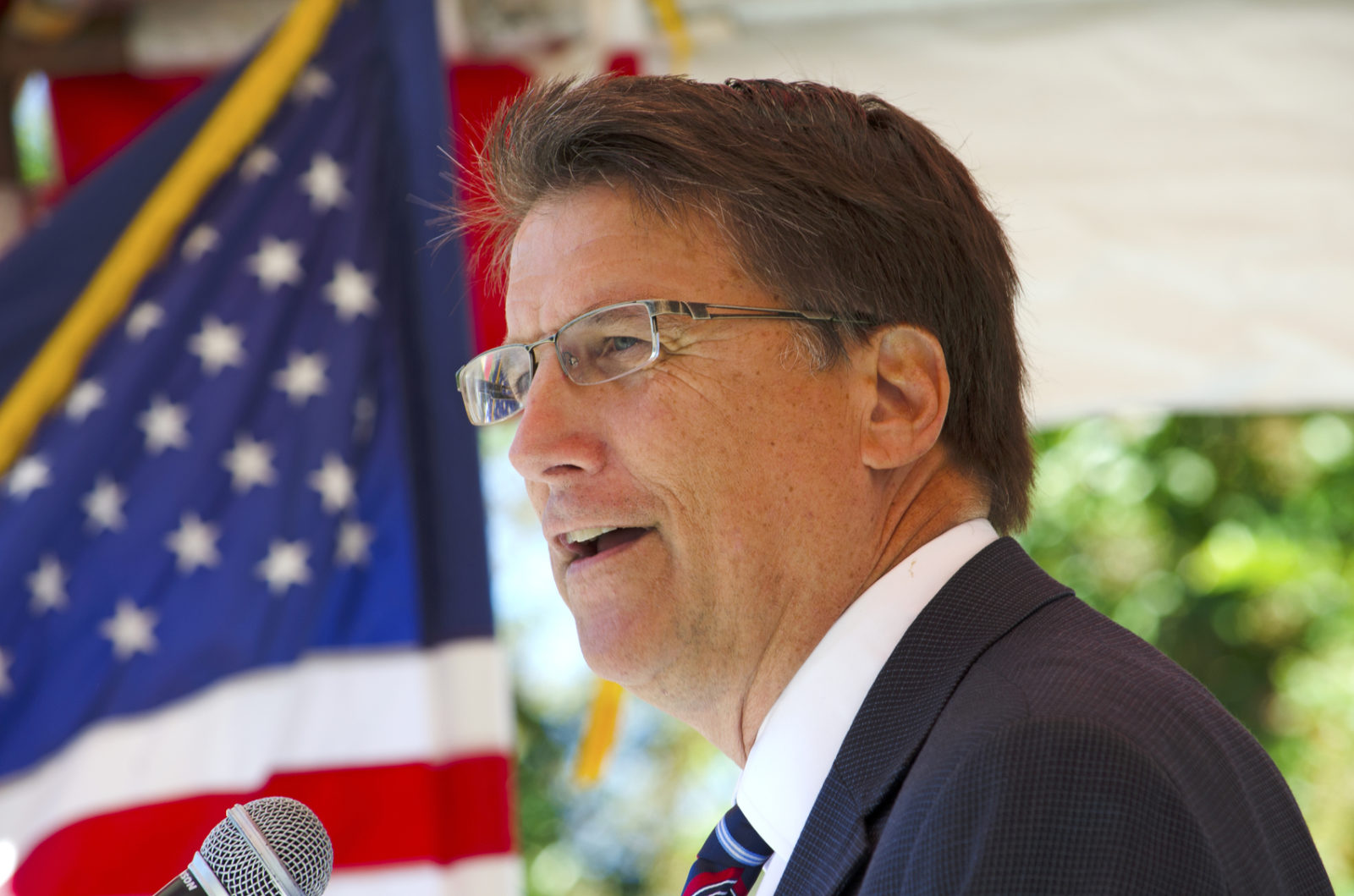 As violence envelops the city of Charlotte, N.C., its former mayor continues to fight for his political life …

Pat McCrory – who has presided over robust economic growth in the Tar Heel State – remains in a dogfight with N.C. attorney general and Democratic gubernatorial nominee Roy Cooper.

Three new polls were released this week in their race – which many view as a microcosm of the national election between GOP nominee Donald Trump and Democrat Hillary Clinton.

In the Tar Heel State’s major population centers – Charlotte, Raleigh, Greensboro and Durham – Cooper is expected to clean much like U.S. president Barack Obama did in 2008 and 2012.

Meanwhile, McCrory is expected to fare better in the state’s rural counties, where support for Trump is running high.

Which candidate will turn their voters out?  The answer could not only determine North Carolina’s next governor – but America’s next president.

The same poll found Trump leading Clinton by a 45-43 percent margin – with Libertarian Gary Johnson receiving the support of six percent of respondents.

Two other recent polls – one from Elon University (here) and another from Civitas (here) – show McCrory leading Cooper by two percentage points.

Rape Culture: Getting Out Of Hand