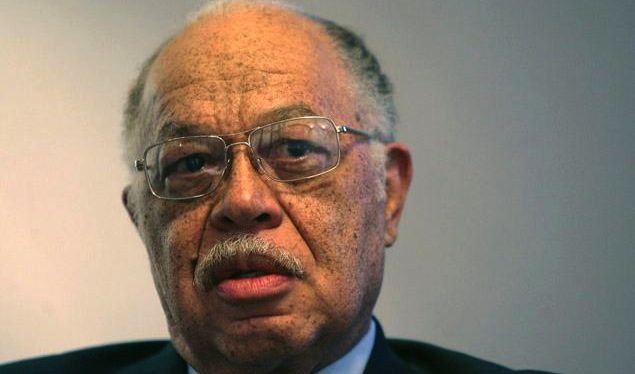 Who is Kermit Gosnell?

That’s a good question … like Josef Mengele, his name ought to be reviled all over the world, but the mainstream media here in the United States has chosen to largely ignore his story. For those of you who have never heard of him Gosnell, 72, ran a pair of “women’s health” clinics in Philadelphia, Pennsylvania from 1972-2011 – facilities which specialized in performing illegal late-term abortions on low income women.

But this story isn’t just about abortion – it’s about a truly demonic individual and his minions performing all manner of savage inhumanities on women, newborn children and fetuses – and getting away with it for years. And while Gosnell is facing the death penalty in Pennsylvania for his crimes … this is truly one of those cases in which there is no suitable punishment for the atrocities he committed. There is also no excuse for those who failed to stop him – and those who remain mute in the face of the ugly truth.

“There was blood on the floor,” a grand jury report noted of one of Gosnell’s facilities. “A stench of urine filled the air. A flea-infested cat was wandering through the facility, and there were cat feces on the stairs. Semi-conscious women scheduled for abortions were moaning in the waiting room or the recovery room, where they sat on dirty recliners covered with blood-stained blankets. All the women had been sedated by unlicensed staff.”

“Instruments were not sterile,” the report continued. “Equipment was rusty and outdated. Oxygen equipment was covered with dust, and had not been inspected. The same corroded suction tubing used for abortions was the only tubing available for oral airways if assistance for breathing was needed. There was no functioning resuscitation or even monitoring equipment, except for a single blood pressure cuff.”

But this filth was just the first layer of horror uncovered by the Federal Bureau of Investigation (FBI) team that raided the facility in 2010 – an action that took place years after authorities were first alerted to the extent of the barbarism taking place inside.

Oh, and the FBI wasn’t even investigating Gosnell for illegal abortions (a.k.a. murders) … the agency was raiding his facility as part of a painkiller probe.

What else did they find inside?

“The search team discovered fetal remains haphazardly stored throughout the clinic – in bags, milk jugs, orange juice cartons, and even in cat-food containers,” the report continued.

Over the past few years of investigation, a clearer picture has emerged of Gosnell’s methodology – which consisted primarily of severing the spinal columns of late-term babies who managed to survive his ham-fisted “abortions.”

By 24 weeks, most babies born prematurely will survive if they receive appropriate medical care. But that was not what the Women’s Medical Society was about. Gosnell had a simple solution for the unwanted babies he delivered: he killed them. He didn’t call it that. He called it “ensuring fetal demise.” The way he ensured fetal demise was by sticking scissors into the back of the baby’s neck and cutting the spinal cord. He called that “snipping.”

Gosnell performed this “snipping” method (and other horrific “fetal demise” techniques) on babies much older than 24 weeks, though. In fact he’s facing murder charges in the deaths of seven children who were “born alive” … as well as one woman who died as a result of a botched abortion.

Of course his real victims number in the thousands …

As glaring as Gosnell’s savagery is the sheer incompetence – or perhaps the intentional negligence – of Pennsylvania’s government, which for years blithely ignored reports of illegal late-term abortions and related horrors taking place under this watch.

“Pennsylvania is not a third-world country,” the grand jury report states. “There were several oversight agencies that stumbled upon and should have shut down Kermit Gosnell long ago. But none of them did.”

“Because the women in question were poor and of color, because the victims were infants without identities, and because the subject was the political football of abortion,” the report concludes.

And this isn’t newsworthy? Apparently not …

“A Lexis-Nexis search shows none of the news shows on the three major national television networks has mentioned the Gosnell trial in the last three months,” columnist Kirstin Powers of USA Today wrote. “The Washington Post has not published original reporting on this during the trial and The New York Times saw fit to run one original story on A-17 on the trial’s first day. They’ve been silent ever since, despite headline-worthy testimony.”

Why isn’t the mainstream media covering the Gosnell story? Apparently they don’t have the stomach for it … literally.

“To start, it makes me ill,” Megan McCardle of The Daily Beast wrote in explaining her own lack of coverage. “I haven’t been able to bring myself to read the grand jury inquiry. I am someone who cringes when I hear a description of a sprained ankle.”

Of course we all know that’s not the real reason why McCardle and thousands of her pro-choice colleagues in the professional left took a pass on this story. The real reason members of the MSM are ignoring Gosnell is quite simple: They love abortion.

In fact anything that calls into question the liberal dogma of abortion on demand cannot be highlighted under any circumstances, because doing so might succeed in exposing abortion for what it really is: Murder.

This website has never worn its pro-life views on its sleeve – and to our discredit we didn’t cover the Gosnell trial, either. In fact we hadn’t even heard of it until some of our commenters started (rightfully) criticizing us for failing to pick up on it. Sure, we’ve weighed in against gruesome “after birth” abortions in the past, but the truth is we’ve been pretty slack in upholding our obligation to protect the most fundamental of all American liberties: The right to life.

“This website’s focus has been – and will continue to be – driving the debate on fiscal issues and holding officials at all levels of government accountable for how they spend our tax dollars,” we wrote recently in discussing the issue of abortion.

And that is our role …

But this case – like any of the thousands of babies brutalized by this monster – is literally crying out to be heard, as are the broader debates over the utter failure of government and media to stop these atrocities from taking place.