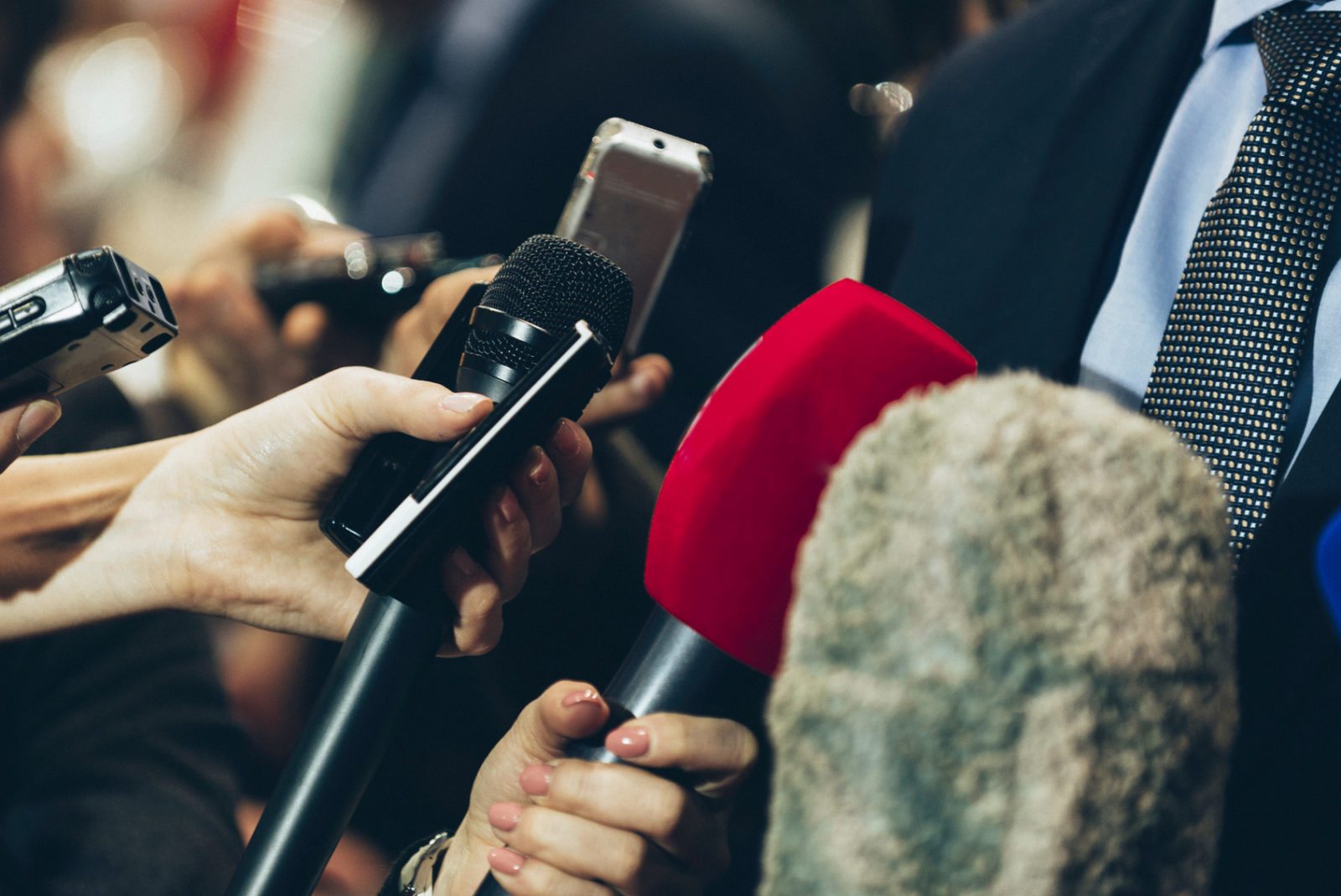 Earlier this week Michael Krieger of the website Liberty Blitzkrieg vented his spleen regarding the pitiful state of America’s mainstream media (and its subservience to the candidacy of Democratic presidential nominee Hillary Clinton).

“To see these organs, which have destroyed this country by keeping the people uninformed for decades, now rally around a sickly, corrupt, oligarch coddling politician as the empire enters the collapse stage is simply too much to stomach,” Krieger wrote. “The only positive thing to happen during this election season is the death of mainstream media. With their insufferable propaganda fully exposed, there is no coming back.”

Like the establishment political parties, establishment media has only itself to blame (on both the left and the “right“) for the sad state in which it currently finds itself.

Just how bad have things gotten?

According to fresh data from Gallup, Americans’ faith in the ability of the mainstream media to “report the news fully, accurately and fairly” is at an all-time low. 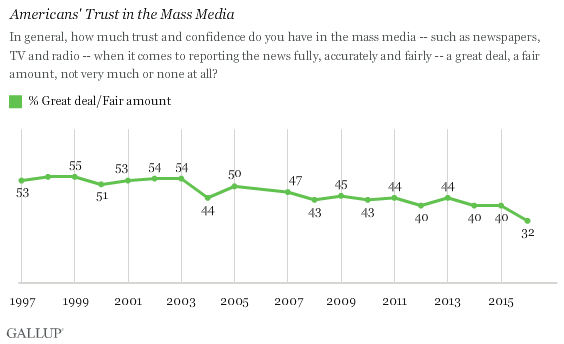 By contrast, forty years ago an overwhelming majority of Americans – 72 percent – had a “great deal” or “fair amount” of trust in the mainstream media.

Perhaps not surprisingly, Gallup’s latest data revealed a stark partisan divide on this question.  Among “Republican” voters, faith in the media currently stands at a paltry 14 percent – down from 32 percent a year ago (and down from a recent peak of 52 percent in 1998).

Meanwhile 51 percent of Democrats say they trust the press – down from 55 percent a year ago.

Among independents, trust in the media stands at 30 percent – down from 33 percent in 2015. 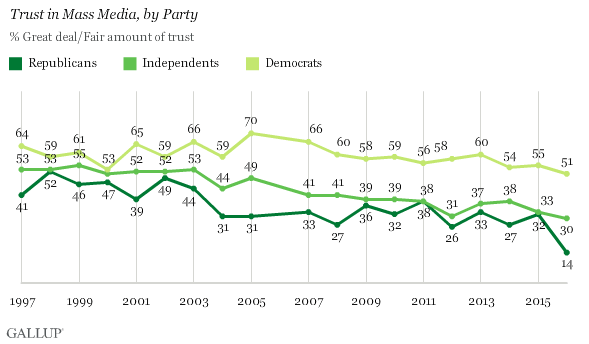 Curiously, Gallup used the collapse of public faith in the mainstream press to take a shot at the new media.

“With the explosion of the mass media in recent years, especially the prevalence of blogs, vlogs and social media, perhaps Americans decry lower standards for journalism,” its website noted. “When opinion-driven writing becomes something like the norm, Americans may be wary of placing trust on the work of media institutions that have less rigorous reporting criteria than in the past.”

“On the other hand, as blogs and social media ‘mature,’ they may improve in the American public’s eyes,” the pollsters added.  “This could, in turn, elevate Americans’ trust and confidence in the mass media as a whole.”

Because the last time we checked, social media was conforming (here and here), not maturing.