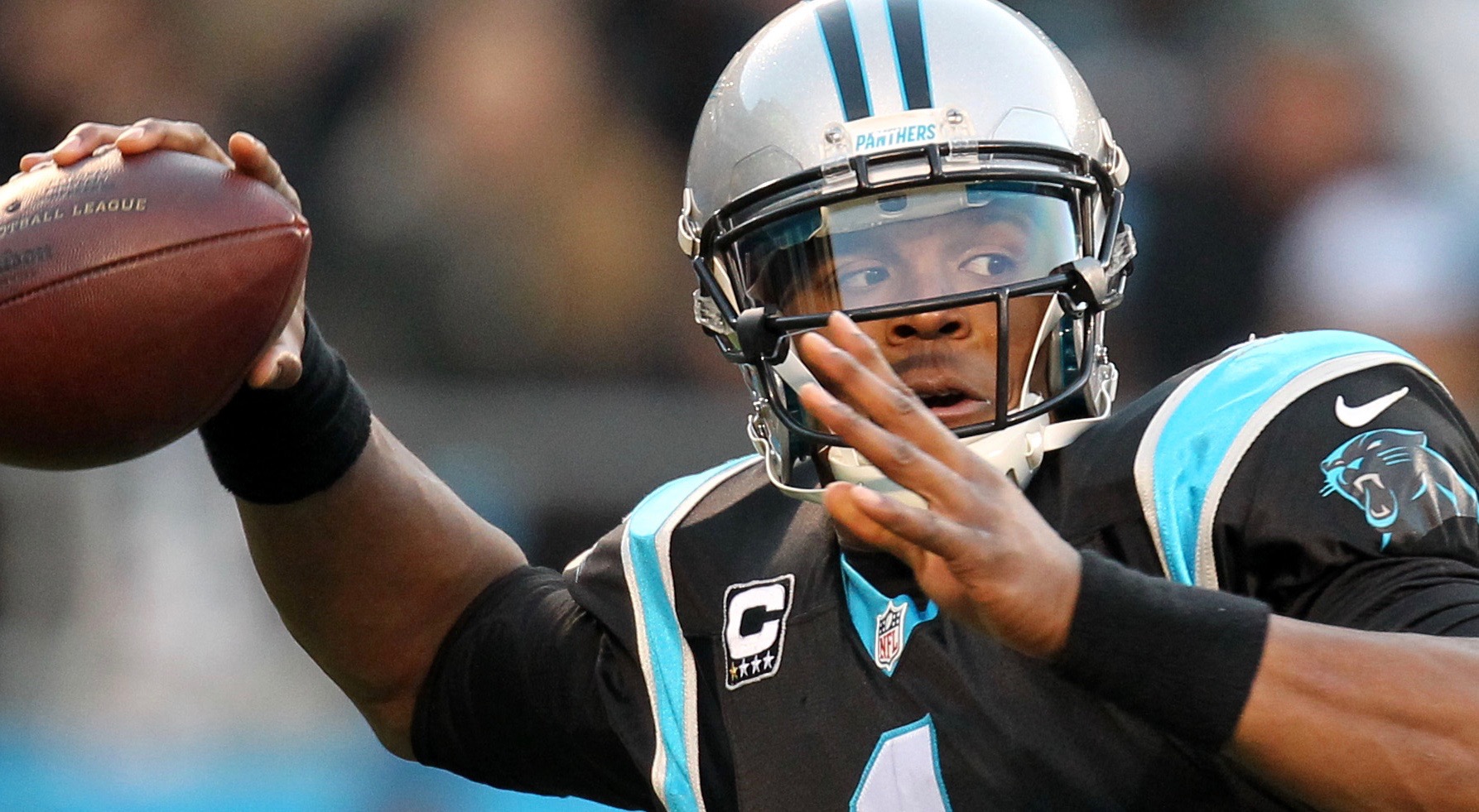 This website is no fan of Cam Newton – or the Carolina Panthers (we’ve made that abundantly clear in the past).  We also don’t think the ongoing “pussification” of the National Football League (NFL) is good for the sport.

Football is a brutal sport – especially at the speed it is played in the NFL – and anyone who steps out onto the field is acknowledging that their head could one day turn into Bubbliciousness.

In fact, NFL players are extremely well-compensated for the risks they take in this regard.

Having said that, the NFL’s season-opening matching between the Panthers and the Denver Broncos has raised legitimate questions about whether the league is doing enough to protect its players from head injuries – especially quarterbacks who often find themselves on the receiving end of brutal helmet-to-helmet hits.

Stewart’s hit on Newton was called for a personal foul – and it should have been – but several other helmet-to-helmet licks against the Panthers’ signal-caller went un-flagged.

Should they have drawn penalties?  Probably.

Here’s the bigger question, though: Is the fact that Newton stands 6-foot-5 and weighs 245 pounds (i.e. taller, bigger than the prototypical NFL quarterback) causing officials to ignore helmet-to-helmet hits against him?

His teammates certainly think so …

“I know he’s the biggest guy on the field, but he’s still the quarterback,” Panthers’ tight end Greg Olsen said after the game.

That’s true.  Sure, there’s an argument to be made that Newton’s playing style exposes him to greater risk of taking such hits.  He does run the ball far more frequently than most quarterbacks – and a huge part of his game is scrambling in the pocket and holding onto the football until the last minute.

Still, if helmet-to-helmet hits are illegal – and they are – then such factors ought to be irrelevant.  When these hits happen they ought to be flagged – irrespective of the situation (or the size of the athlete taking the hit).

Also, just because Newton is bigger and stronger than other quarterbacks doesn’t mean an especially vicious helmet-to-helmet hit against him isn’t going to do damage – especially if he absorbs the impact in a prone position.

To be clear: There is a big difference between vicious hits – which are (and should continue to be) perfectly legal – and vicious helmet-to-helmet hits, which are not.

Hell, perhaps the most famous hit in football history – Jadeveon Clowney‘s 2013 Outback Bowl detonation – was perfectly clean.  Clowney led with his upper body and impacted Michigan running back Vincent Smith in his upper body. That’s why Smith was able to walk away from “the hit” uninjured.

Speaking of that … the NFL says it was keeping an eye on Newton throughout Thursday night’s game.

“There was communication between medical personnel on the Carolina sideline, including the unaffiliated neurotrauma consultant, and the two independent certified athletic trainer spotters in the booth,” the league said in a statement.  “They concluded there were no indications of a concussion that would require further evaluation and the removal of the player from the game.”

To his credit, Newton handled the situation like a true professional (quite the departure from his pouty, post-Super Bowl press conference seven months ago).

“It’s not my place to question the officials,” he said after the game. “I really like the officiating crew. It wasn’t something I know they did intentionally, but it’s not fun getting hit in the head.”

Newton also made it clear that any missed calls on helmet-to-helmet hits did not impact the outcome of the game – which Carolina lost 21-20 after it carried a 17-7 lead into the fourth quarter.

“We didn’t lose the game off that. I know that for a fact,” he said.

Still, the NFL has a perception problem on its hands – namely that it is allowing defensive players to tee off on Newton because he’s bigger than other quarterbacks.

As much as we’ve never liked Newton (or his team), that shouldn’t be tolerated. Fair is fair, and anything less erodes the integrity of the game.