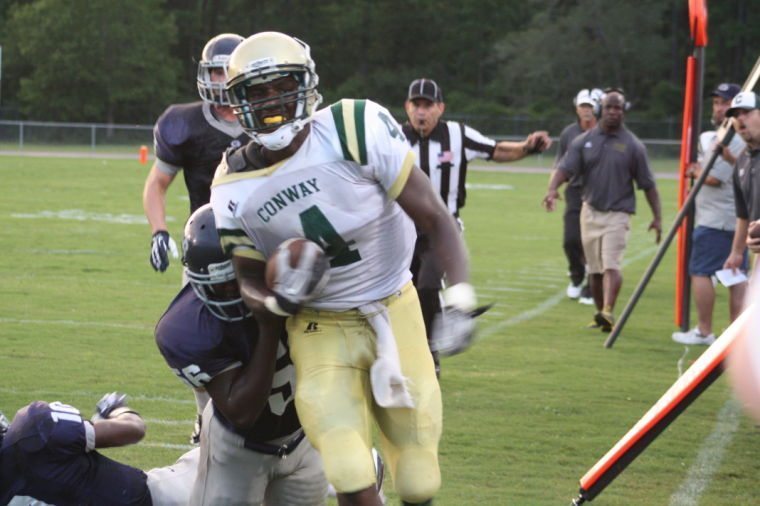 GOOD NEWS FOR WILL MUSCHAMP …

The University of South Carolina got some good news on the recruiting trail this week as Bryan Edwards – a four-star wide receiver recruit out of Conway, S.C. – confirmed his intention to play for the Gamecocks.

He will enroll at the school in January and is expected to compete for playing time immediately.

A 6-foot-3, 209-pound wideout, Edwards de-committed from South Carolina last month and considered attending Clemson University.  The fact he is now recommitting to the Gamecocks is a huge victory for new head football coach Will Muschamp.

At Conway High School, Edwards hauled in 188 catches for 2562 yards and 32 touchdowns over the course of his career – which was cut short in October by a knee injury.  He is renowned for his speed – running the forty-yard-dash in 4.53 seconds – and his leaping ability.

Edwards was one of ninety high school stars from across the country selected to participate in the 2016 U.S. Army All-American Bowl – scheduled for January 9, 2016.