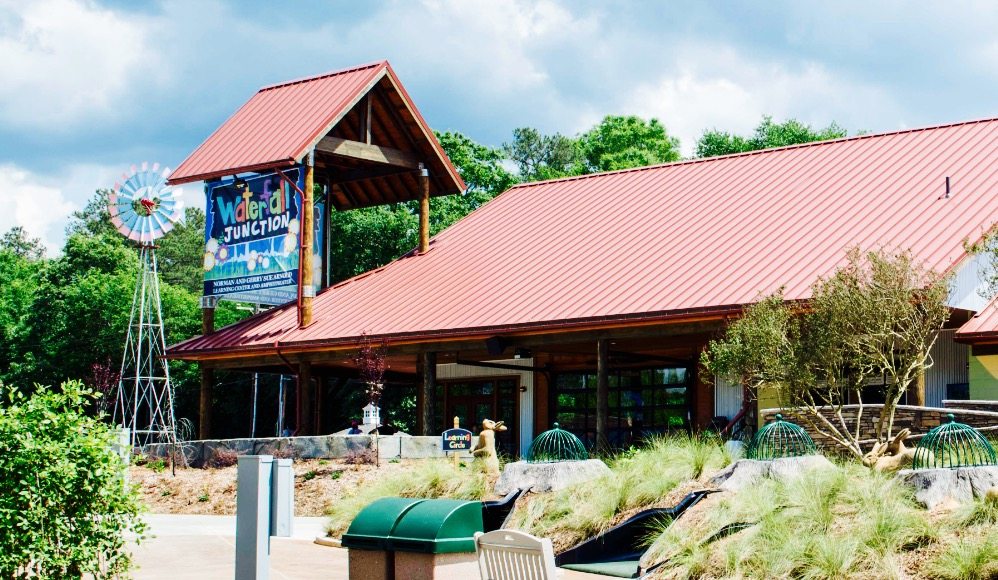 Earlier this month we penned an article exposing some garden variety local corruption at Riverbanks Zoo – a government-subsidized attraction located in Columbia, S.C.

That article led to several sources stepping forward with additional information about some of the zoo’s problems – including serious design issues with a $3 million pedestrian bridge (one paid for out of Richland County, S.C.’s controversial “penny tax“).

In an effort to get to the bottom of what’s going on at the zoo, we submitted a Freedom of Information Act (FOIA) request earlier this week.

It’s looking like we’re going to have to update that document, though …

According to multiple sources at the zoo, the issues we’ve touched on are just the beginning of the popular attraction’s problems.

For example, we’re hearing there are serious issues with the zoo’s new Waterfall Junction park – which is part of a broader $36 million expansion project.

Waterfall Junction opened earlier this year to rave reviews.  In fact it was hailed by The (Columbia, S.C.) State newspaper as a place where kids could enjoy “wet, watery fun.”

“Here the kids get to play on rocks, get in the water and have fun,” one ebullient mother told the paper.

Large sections of Waterfall Junction – including a popular tadpole pond that children were supposed to be allowed to wade in – have been placed off limits to visitors.

“Design problems,” one zoo insider told us.  “If you walk it and look at it closely, it is extremely dangerous when wet.”

There have also been reports of excessive bacteria levels in the water at the park – which would seem to justify concerns raised prior to the facilities’ opening by officials with the S.C. Department of Health and Environmental Control (SCDHEC).

Also, the tadpoles in the pond grew up – creating what one mother told us was an “Egyptian-like plague situation.”

“There were frogs everywhere,” the mother told us. “You couldn’t put one foot in front of the other without stepping on them.”

Still, zoo staffers warned mothers and children “not to touch the frogs.”

“It was ridiculous,” the mother said.  “There was no way not to touch them because they were everywhere!”

Children were also reportedly told by zoo staffers not to run inside the facility, even though the promotional literature for Waterfall Junction – and The State‘s glowing coverage – specifically describes the park as a fun place for kids “to run.”

“Kids (adults, too) can run under the cascading waterfall or into water jets shooting up from the ground,” The State‘s story noted.

Oh, and speaking of those “adults” – that’s another problem, according to the mothers we spoke with.

Waterfall Junction has reportedly attracted several older male guests who appear to be “unattached” to the children playing at the park.

“It’s a little disconcerting,” one mother told us. “I felt like I had to keep an extra close eye on my children there.”

Waterfall Junction – a pet project of zoo poo-bah Satch Krantz – isn’t something we’re opposed to on principle (although we would reiterate our objection to public dollars flowing into such attractions).

But the project – like the zoo’s ill-conceived pedestrian bridge – appears to have been very poorly-conceptualized.

Taxpayer money should have never been spent on any of this stuff in the first place, but if such a massive investment is being made … zoo officials ought to be accountable for how they are spending it.