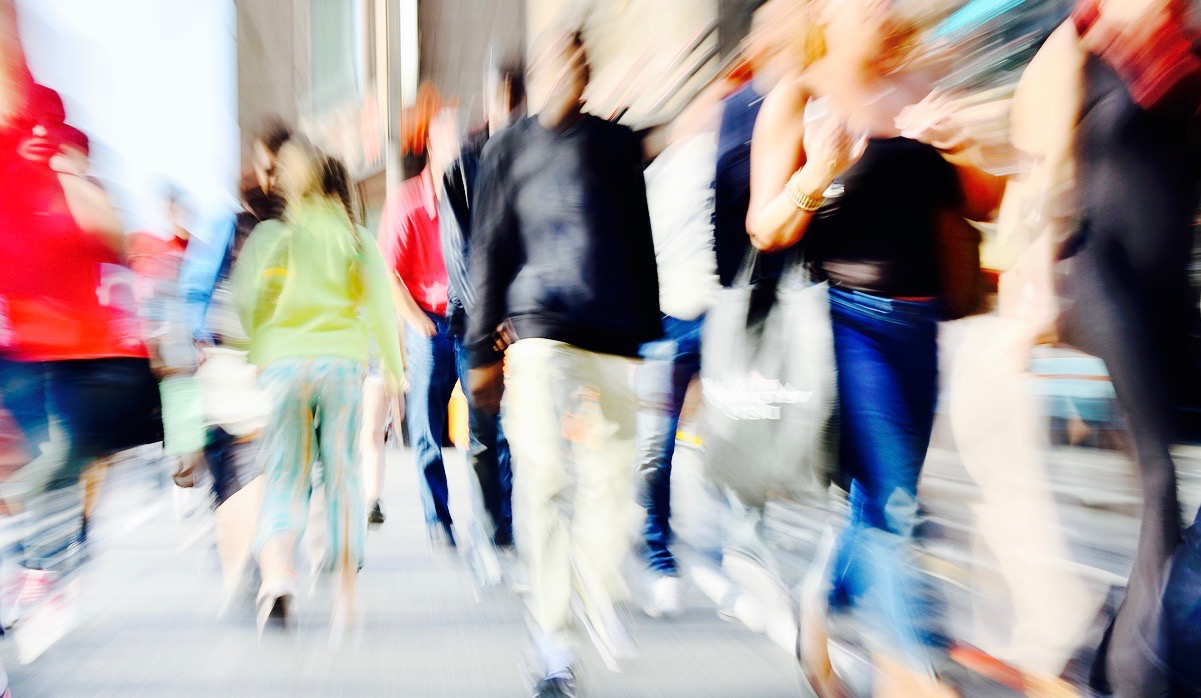 It may not seem like it, but we like good news. Especially good economic news. And we don’t really care who takes the credit for it!

This week there is some good news – notably an uptick in the Bloomberg Consumer Comfort Index (CCI).

This measure – which dipped last week due to Americans’ souring views on their personal finances – posted a nice 1.8-point gain this week, clocking in at 43.6.  That’s slightly higher than its average for 2016 – although it remains south of its post-recession peak of 45.3.

The CCI is based on three subindices: Americans’ ratings of the national economy, their personal finances and the buying climate.

The broader index – and it subindices – range from zero (bad) to 100 (good).  Here’s a look at the main index’s recent trend lines … 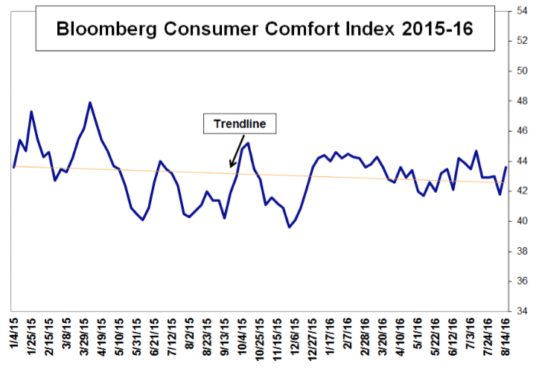 Obviously not all the news is good, though …

According to the latest CCI data (.pdf), 27 percent of respondents said the American economy was “getting better” compared to 38 percent who indicated it was “getting worse.”  Thirty-five percent said the economy was “staying the same.”

“It’s been nearly a year and a half since positive outlook outpaced negative,” analysts at Langer Research Associates noted.