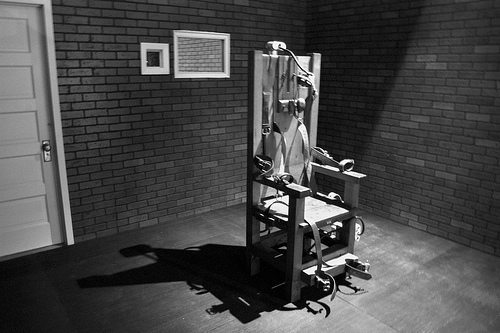 By FITSNEWS || A seventy-year-old murder conviction has been vacated by a South Carolina circuit court judge … thanks to a 600-year-old writ advanced by a Charleston School of Law (CSOL) professor.

The only problem?  The alleged murderer – 14-year-old George J. Stinney, Jr. – has already been executed for the crime.

On March 23, 1944, eleven-year-old Betty June Binnicker and eight-year-old Mary Emma Thames were savagely killed in the small Clarendon County mill town of Alcolu, S.C. – their skulls bashed in and their bodies left to rot in a ditch.   The girls had been riding their bikes – looking for flowers to pick.

Stinney – who was arrested within hours of the bodies being discovered – is said to have confessed to the crimes shortly after being apprehended.

Stinney’s family members have long maintained he was innocent, though, arguing his confession was the product of South Carolina’s Jim Crow system of “justice.”

That confession, incidentally, was the only evidence offered against Stinney – who was convicted on April 24 after an all-white jury deliberated for less than minutes.  Despite pleas from citizens for a pardon, he was executed on June 16, 1944 – making him the youngest person executed in the United States in the last century.

“Stinney was convicted after a trial of only two hours in which no witnesses were called in his defense and his attorneys did not conduct cross examination of state witnesses,” CSOL professor Miller Shealy said.

Shealy was asked to consult on the case by CSOL graduate Matthew Burgess of Manning, S.C. 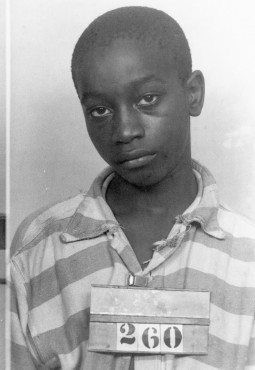 In reviewing the material – specifically a request from Shealy to grant a writ of coram nobis  in the case – S.C. circuit court judge Carmen T. Mullen found that “fundamental, Constitutional violations of due process exist in the 1944 prosecution of George Stinney, Jr.”

Accordingly she granted the writ and vacated Stinney’s conviction.

Coram nobis is Latin for “before us,” and refers to evidence being brought before a court indicating a fundamental error in a prior judgment.

Stinney’s guilt or innocence was not addressed by Mullen’s ruling, however she did determine his coerced confession was likely “due to the power differential between his position as a 14-year-old black male apprehended and questioned by white, uniformed law enforcement in a small, segregated mill town in South Carolina.”

Obviously we have no clue whether Stinney was innocent or guilty.  His family members maintain a “deathbed confession” by a member of a prominent local white family disclosed the identity of the real murderer – and that a member of this individual’s family was on the initial coroner’s inquest jury that recommended Stinney be prosecuted for the crimes.

At the end of the day, only God knows what really happened …

We do know Stinney was so short he had to use a Bible as his booster seat when he was strapped into the electric chair at the old Central Correctional Institution in downtown Columbia, S.C. – and that his “death mask” fell off during the electrocution because it was designed to fit adult prisoners.  We also know his father was fired from his job and the family was forced to flee the town for fear of being lynched.

South Carolina no longer executes minors.  In fact the state has not performed an execution since May 2011.

“Anytime we can balance the scales of justice – even seventy years later – we must,” he said.  “Judge Mullen has to be applauded for not doing what was easy but doing what’s right.”

We agree … there is no more fundamental right than due process and equal justice under the law.

Reports: Richard Eckstrom Wedding Is Off