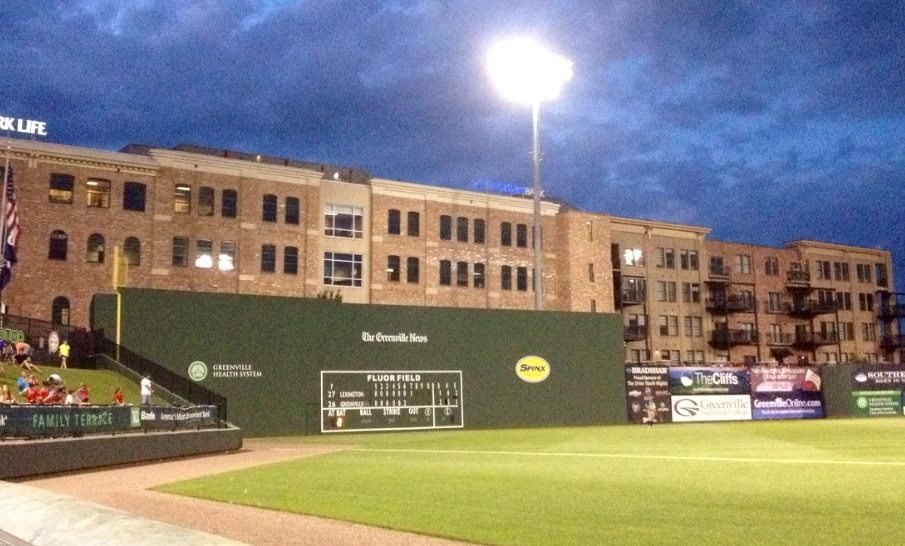 Taxpayers in Greenville, S.C. will shell out at least $5 million of a proposed $10 million renovation of Fluor Field, according to The Greenville News.

And yes … this new money comes on top of the $7 million taxpayers shelled out ten years ago to build the privately-owned ballpark, which hosts the Greenville Drive of the South Atlantic League.

A replica of Boston’s famed Fenway Park (the Drive are the Class A affiliate of the Boston Red Sox), Fluor Field opened in 2006 – two years after the Greenville Braves (a Class AA affiliate of the Atlanta Braves) bolted town for Pearl, Mississippi.

This website has consistently opposed the use of taxpayer resources to subsidize the construction (or renovation) of sports stadiums.  In fact we’re reminded of these superfluous expenses whenever we hear local officials bitch and moan in the mainstream media about being unable to pave their roads or pay their police officers – or operate a working water and sewer system (ahem).

Of course The Greenville News had absolutely nothing bad to say about the proposed taxpayer-funded renovation … but how could it?  The paper’s name is emblazoned on the ballpark’s left field wall …