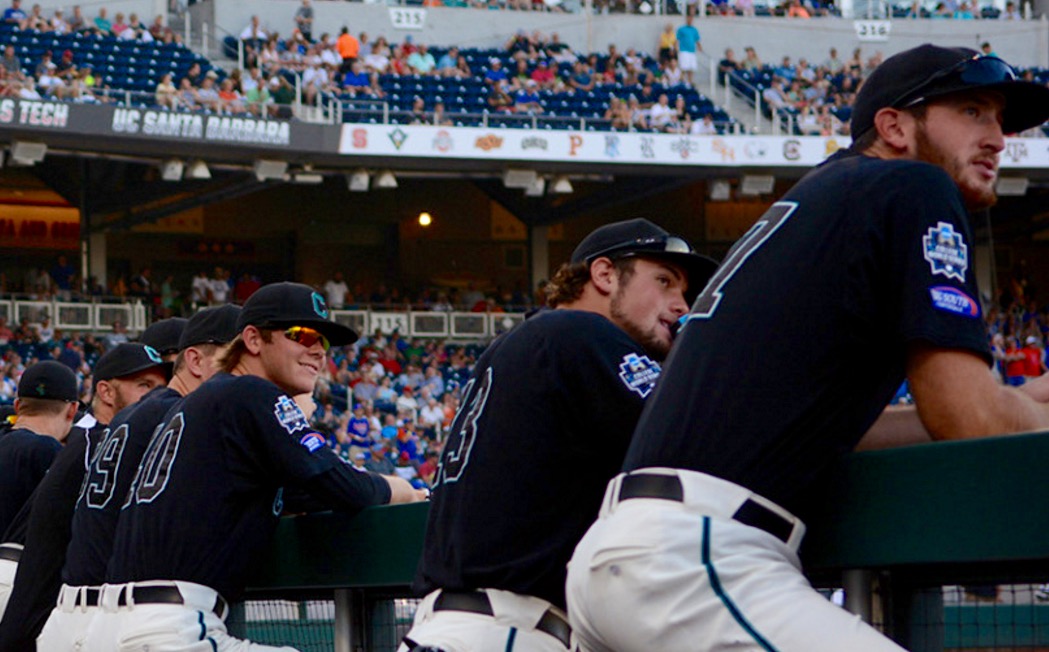 COASTAL CAROLINA MAKING A NAME FOR ITSELF IN COLLEGE WORLD SERIES …

Exactly what the hell is a Chanticleer?  The world is one step closer to finding out thanks to the Coastal Carolina baseball team – which defeated No. 1 Florida this week in its inaugural College World Series appearance.

The Chanticleers (it’s a fairy tale rooster, for those of you still wondering) defeated the top-ranked Gators 2-1 on Sunday behind a dominating performance from junior right-handed pitcher Andrew Beckwith – who hurled a complete game seven-hitter.

Like the regional and super regional rounds, the CWS is a double elimination tournament.  One team, the Miami Hurricanes, has already been bounced and another team (Florida or Texas Tech) will be packing its bags on Tuesday night.

Neither of the Palmetto State’s two biggest government-run schools – the University of South Carolina or Clemson University – made it to Omaha this year.

Both schools were bounced by Oklahoma State – Clemson in its home regional and South Carolina in its home super regional.

Clemson has made twelve CWS appearances – but has never won a championship.  South Carolina won national titles in 2010 and 2011 and was the CWS runner-up in 2002 and 2012.