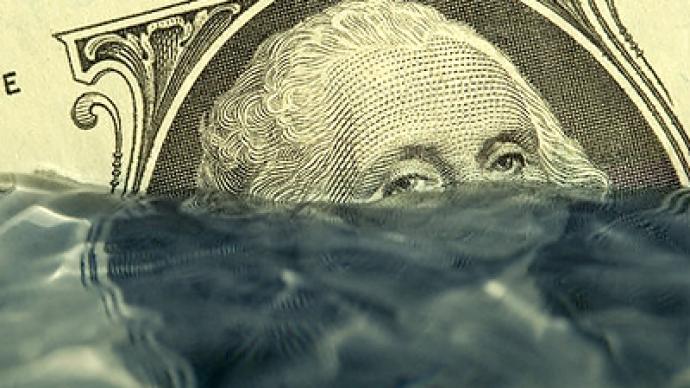 A key measure of consumer comfort plunged this week, “a sign of unsettled public views of economic conditions overall,” according to analysts.

Bloomberg’s Consumer Comfort Index (CCI) – which measures consumer comfort on a scale of zero to 100 – stood at 42.9 this week.  That’s nearly two points off of its 2016 peak of 44.6, a decline that’s being driven by a sharp drop in the measure’s “national economy” subindex.

Here’s a look at all three subindices … 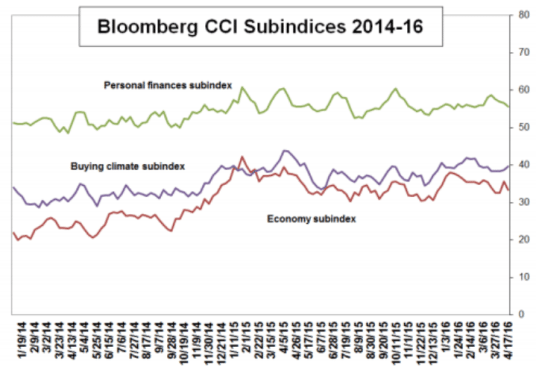 “A separate measure of expectations doesn’t promise much improvement: Just 26 percent think the national economy is getting better, essentially unchanged from the last two months,” analysts noted in their release (.pdf here).  “Thirty-seven percent instead say it’s getting worse, while as many say the economy simply is holding steady – which, for two-thirds, means not good.”

Here’s a look at that metric … 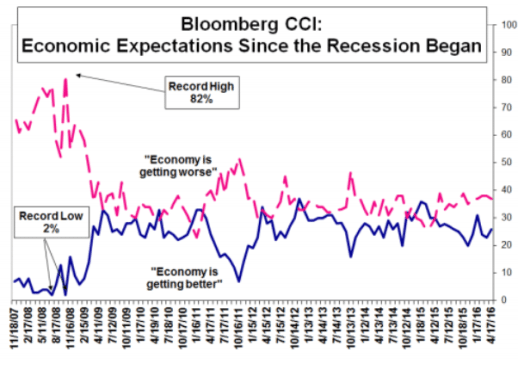 Not good … for sure.

Consumer comfort is a critical indicator because it directly impacts the strength of the retail economy – which in turn impacts employment and wages.

Our view?  As much as we’d like to be optimistic about the future, the numbers don’t lie …

Americans were in a holding pattern for much of the first quarter of 2016, waiting to see whether conditions would improve.  They didn’t.  Now, with gas prices climbing again we expect the strain on the retail economy to be even more pronounced.

Gas Prices Creeping Back Up …