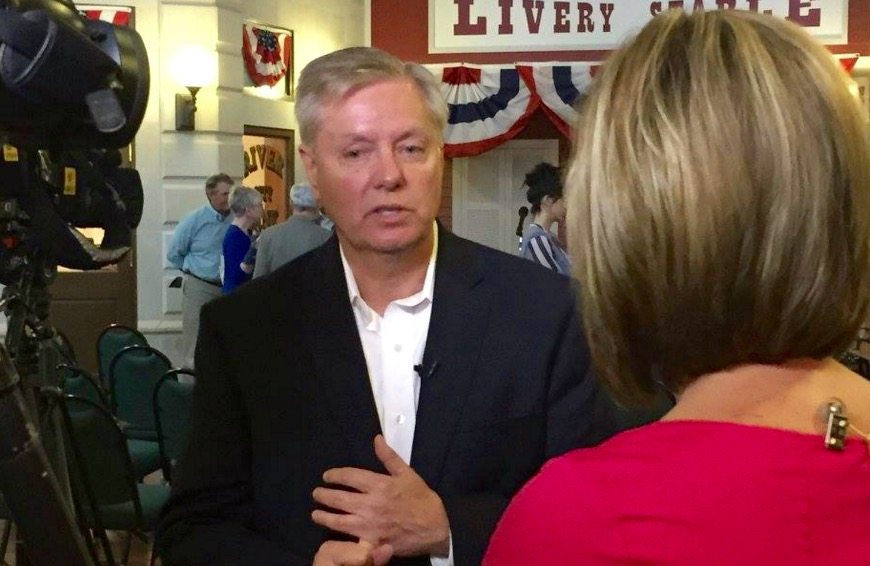 S.C. governor Nikki Haley has been tapped for Time magazine’s “100 most influential people” list, thanks to a nomination from uber-liberal U.S. Senator Lindsey Graham.

Here’s what Graham had to say …

For South Carolina, 2015 was one of the most challenging years on record.

Whether dealing with the hate-filled shootings of the Charleston Nine at Mother Emanuel AME Church, the removal of the Confederate battle flag flying over statehouse grounds, the police shooting of Walter Scott or a 1,000-year flood, South Carolina Governor Nikki Haley led with determination, grace and compassion.

From shaking up the system to providing kindness and understanding to the individuals and families affected by these tragedies, she put a face on South Carolina that we were all extremely proud of.

It is during challenging times when you really learn the mettle of a leader, and in the case of Nikki Haley, she excelled to the lasting benefit of our state.

Wow … we continue to be mystified by the positive press Haley is receiving over the Confederate flag.

Seriously, she previously rebuffed efforts to remove it – and even went on record supporting the flag’s presence on the S.C. State House grounds.

Why did she flip-flop?

Well it sure as hell wasn’t because of the “Holy City Massacre,” the murder of nine black parishioners at a church in Charleston, S.C.  Remember, Haley initially dodged the issue following the shooting – and only called for the flag to come down after it became clear that’s what the state’s crony capitalist behemoths wanted her to do.

Is that the “mettle of a leader?”

No.  It’s the behavior of a typical politician.