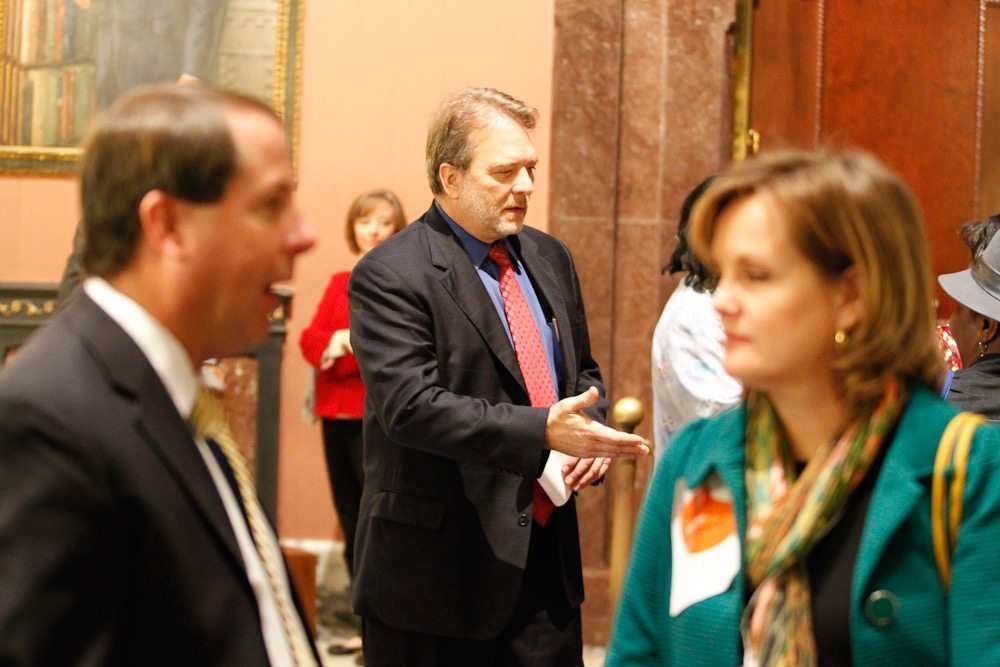 This week we’re seeing it with S.C. Senator Brad Hutto.

Hutto is a liberal trial lawyer (and former U.S. Senate candidate) who has been carrying legislative water for “Big Liquor” – a.k.a. the cabal of wealthy, out-of-state special interests currently seeking to create a crony capitalist handout in South Carolina .

We reported back in January that Hutto was “eager to do (Big Liquor’s) bidding” – and that while he lacked much in the way of legislative support, “he is a master parliamentarian and we have no doubt he has all sorts of tricks up his sleeve.”

Hutto is making his big move this week, reportedly planning to inject anti-competitive, special interest language into the latest version of the liquor reform bill at a hearing scheduled for Tuesday.

Will he be successful?  That remains to be seen …

What’s not a mystery, though, is the beneficiary of Hutto’s advocacy – David Trone of the Maryland-based “Big Liquor” behemoth, Total Wine and More.

Who is Trone?  In case you missed it, we recently published a big spread regarding his far left political leanings – which are now on display as part of his ongoing bid to become a U.S. congressman from Maryland.  Trone is the very definition of a Barack Obama-loving liberal … in fact Obama attended a fundraiser at Trone’s home last November and personally raved about his prospects as a congressman.

Is this really the sort of guy the S.C. General Assembly should take its marching orders from?

Of course our contempt for Trone has less to do with his ideology – and more to do with what he is trying to do in South Carolina.  The language Hutto is attempting to insert in the liquor bill?  It would steamroll small- and medium-sized liquor providers in the Palmetto State – eroding competition, decreasing choices, raising prices and eliminating jobs.

We did a quick check of the contributions Hutto received when he ran for the U.S. Senate in 2014.  Not surprisingly, his campaign war chest featured multiple big dollar contributions from Trone and his various family members. 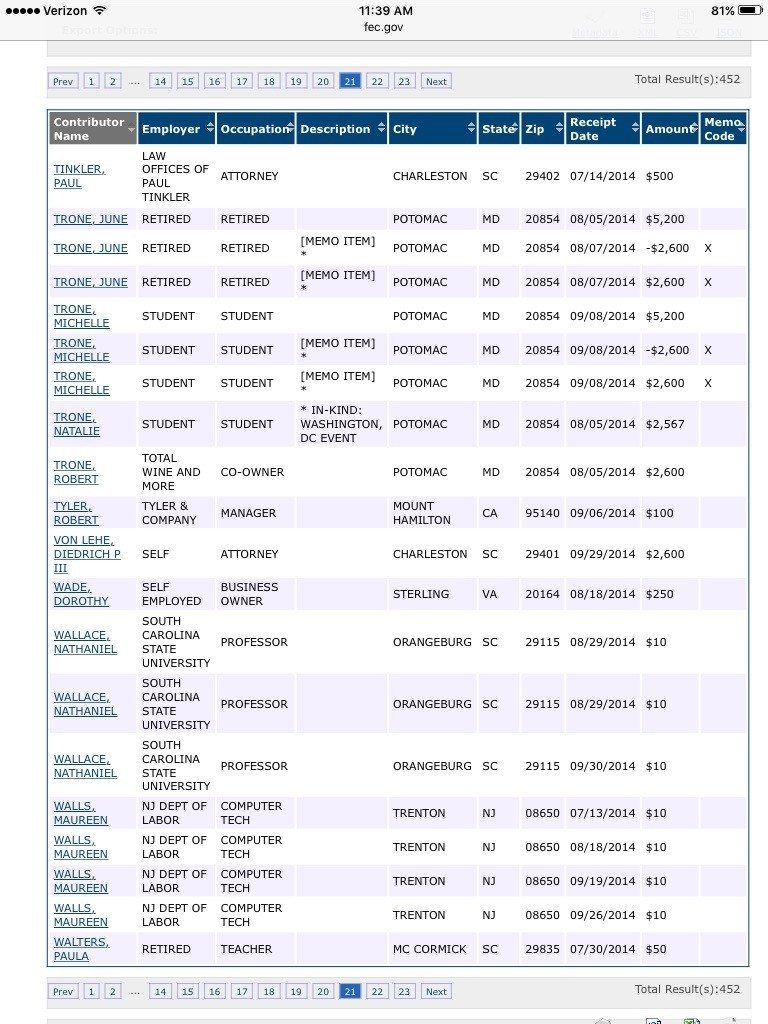 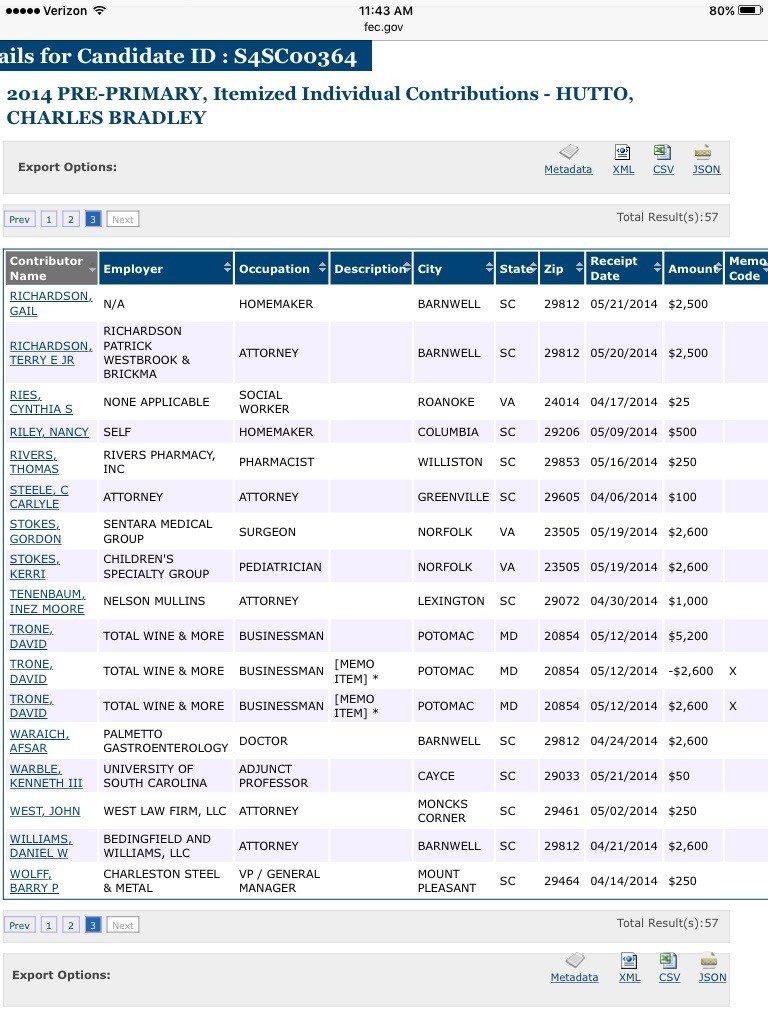 Those are just a few of the interesting contribution pages we discovered on our visit to the Federal Election Commission (FEC) website.  All told, Hutto received more than $22,000 from Trone, his family members or employees and other businesses with a stake in the current liquor debate.

Again … we don’t have a dog in this fight.

When it comes to the broader debate over liquor regulation in South Carolina, this website has been consistent from day one: There should be none.  In fact our view is at odds with every interest involved in the debate at the S.C. State House – including the mid-sized retailers we’ve been repeatedly accused of shilling for.

Having said that, as we noted last year “if a law on the books is being ignored in such a manner as to artificially raise prices on consumers – and if existing laws are being ‘reformed’ in such a way as to jack those prices even higher, then we’ve got a big problem with that.”

That’s exactly what Hutto is attempting to do … we just thought our readers (and Hutto’s colleagues in the S.C. Senate) might like to be aware of the context of his advocacy.