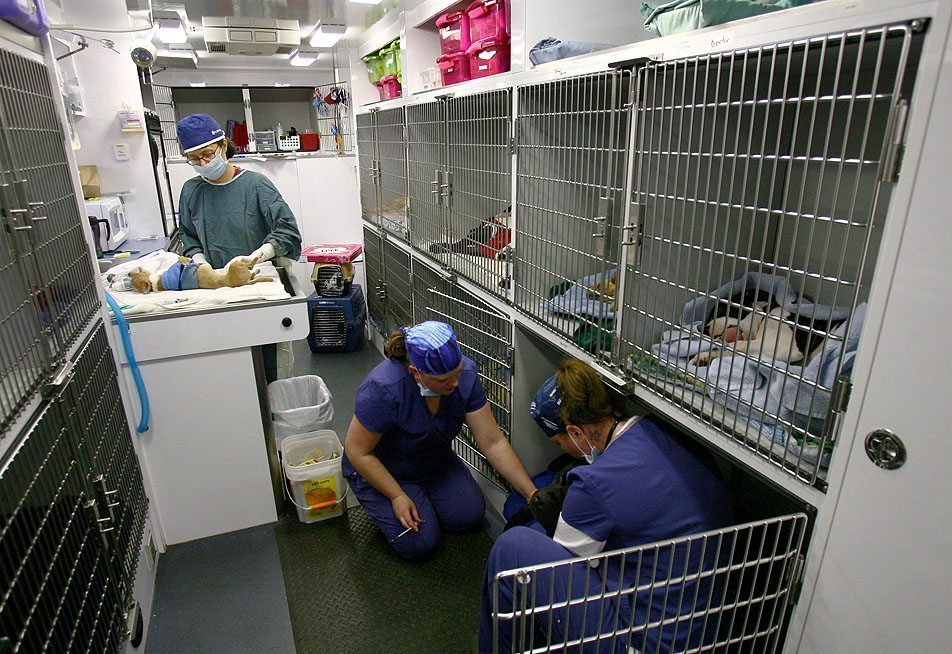 Earlier this year we brought our readers the story of S.C. Senator Danny Verdin, an Upstate lawmaker who filed a bill seeking to outlaw the transport of live hogs in the Palmetto State without proper registration (i.e. an “all clear” form from a veterinarian).

“No live swine shall be transported on a public road within the State unless the swine has an official form of identification approved by the State Veterinarian for this purpose,” Verdin’s bill stated.

Why would he propose such a measure?

Well, as we noted in our report, Verdin’s father and brother are both veterinarians – meaning they are in line to profit from a market for porcine inspection and identification.

Anyway, Verdin is back with another attempt at self-service – sponsoring a bill (S. 687) seeking to crack down on mobile veterinary practices.

“While they are an effective supplement to a pet’s health care, (mobile vets) should not be considered a replacement for the full range of services received at a permanent privately-owned veterinary facility,” Verdin’s proposed bill states.  “The availability of follow-up care is critical and mobile clinics are not able to provide that care. The limited use of mobile clinics to focus on basic vaccinations is valuable, but should target underserved areas and not areas where complete and follow-up care is available.”

Verdin’s bill proceeds to go into exhaustive detail on exactly what mobile vets can – and cannot do.  Not only that, the legislation imposes bans on where such facilities are permitted to operate in South Carolina.

“Any mobile practice affiliated with, operated by, or supported by a private, non-profit animal shelter or other animal group shall be prohibited from operating within seven miles of the nearest privately owned veterinarian practice,” Verdin’s law states.

Additionally, mobile vets are required to give free advertising to these practices by identifying “the closest local emergency veterinary services facility to the mobile location.”

This is shameless.  Seriously.  We haven’t seen something this overtly self-serving since S.C. Senator Paul Campbell sought to divert millions of tax dollars to the local airport authority that pays him nearly a quarter of a million dollars a year as its, um, “leader.”

Verdin is clearly attempting to manipulate the veterinary marketplace in South Carolina so that practices like the one owned by his family members don’t lose business.

Verdin’s treachery was ripped by Karen Martin, leader of the Spartanburg, S.C. Tea Party.  We don’t always agree with Martin, but she got it right on this issue.

In addition to highlighting the adverse public health components of this bill (i.e. the decreasing availability of rabies vaccines and preventative anti-worms medications), she pointed out the unfair imposition it places on licensed veterinary practitioners who have already jumped through government hoops to be able to do their jobs.

Martin also warned of the slippery slope associated with such self-serving overregulation.

Danny Verdin should be ashamed of himself.  Not only is this a bad bill, it’s one he has no business sponsoring.  In fact, it’s precisely the sort of bill he should recuse himself from voting on – let alone pushing through the legislative process.