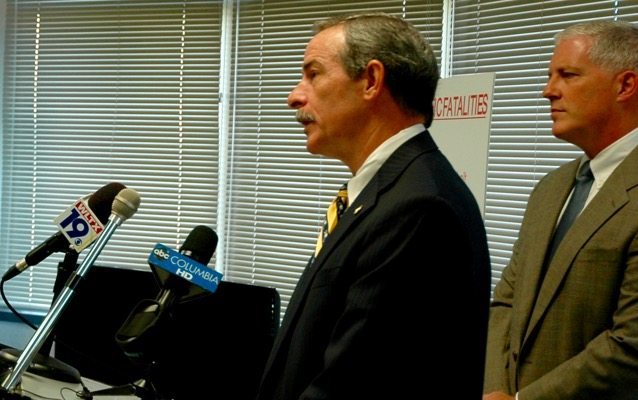 || By JONATHAN LUBECKY || I am a combat veteran.  I served for twelve years total in both the Marines and the U.S. Army defending my nation.  I deployed to Iraq in 2005-2006.  I came home with a TBI (brain damage) and PTSD from being shot at and blown up.  I was medically retired from the U.S. Army in December 2009 for injuries sustained in the line of duty.  I first tried to kill myself on December 24, 2006 after going to a church and an Army Hospital for help.

I was turned away by both.

So I drank a bottle of vodka, loaded a Beretta 9mm, put it to my temple and pulled the trigger.  The gun misfired.  Each day, though, twenty-two veterans have a similar experience and are not as lucky as I was.  They were buried under the flag of the country they loved and were willing to die to defend.

They just never realized they would die by their own hand on America soil far from the battle zone.

This leads to my question to chief Mark Keel – head of South Carolina’s State Law Enforcement Division (SLED).  My question is this: Why do you want me to die? Was losing my house, my wife, my dog because I answered the call when I was asked to go toe-to-toe with pure evil not enough? Why would you prefer I put a pistol in my mouth than medicine?

Why do you want to lock me in a cage and ruin my life simply because I want to avail myself of medicine that has proven to help me – and countless others?

As SLED chief, Keel has been an ardent opponent to even considering Medical Cannabis in South Carolina. This is a medical issue, and one that will save lives. Peer-reviewed published research shows conclusively that if passed there will be a 25 percent reduction in prescription opiate overdoses and a minimum 5 percent reduction in suicides.  To put this in perspective, that is 1,670 South Carolinian lives saved in the next ten years.  That is a life saved every other day.

That is actual lives and families not destroyed.

Why does chief Keel want to allow those he has vowed to “protect and serve” die?  We may not wear a badge, but do we not matter? Shouldn’t this be a decision between my doctor and me?

SLED’s budget is a little over $100 million, and during the recently concluded fiscal year South Carolina raked in $25 million in civil asset forfeiture money that went directly to law enforcement.  Is Keel afraid of losing that money?  He will still be able to use civil asset forfeiture because as people do now, they will still abuse drugs.  All we are asking is to not be locked in a cage because we want to live.  I have said many times, I do not favor – nor will I advocate for – recreational drug use in South Carolina.  The bill currently in the S.C. Senate, S. 672, is very limited and makes cannabis similar to a Schedule 2 substance like opiates, amphetamines, and even cocaine. 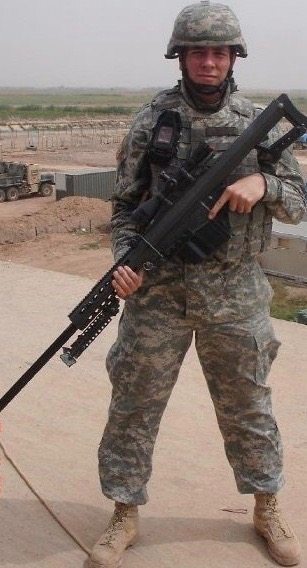 Chief Keel nonetheless refuses to look at current peer-reviewed studies that run contrary to his personally-held belief that cannabis as a treatment will set the entire state aflame.  Instead he relies on discredited studies that are more than forty years old. He continually uses Colorado and recreational use to try and make his point – which is completely irrelevant as recreational use and medical use are completely different things.  Whenever hearings are held, Keel rambles on – sometimes incoherently – looking to run out the clock and ensure no one is heard but him and other select police officers.  He seems to view anyone who uses cannabis as a last resort treatment (in my case, 40 pills a day) as nothing more than a hippie pothead.

Chief Keel has testified on the scourge of prescription opiate abuse in South Carolina, and that is one thing I do agree with him on.  It is devastating to this state – but not once have I heard him call to outlaw prescription opiates for those who truly need them.  Who are the two biggest opponents to medical cannabis? Law enforcement and pharmaceutical companies.

We have all heard police officers say “we don’t make the law; we only enforce it.” In this case, though, we have the state’s top law enforcement officer not only trying to make the law – but to intimidate elected officials.  What else should we call the more than forty uniformed police officers from all around the state who show up at every medical marijuana committee hearing and stand in the hallway rather than protecting the citizens of this state.

I wonder: Is catching rapists and murders less important than intimidating Senators in the hopes they will bend to Keel’s will?  Our elected officials are stronger than that.  They will not be conned or intimidated.  While chief Keel may want South Carolinians to die for no reason, the lawmakers of this great state want to save lives.  And fortunately – as Chief Keel was told by a member of the subcommittee – lawmakers make the law, his job is to enforce it.

I believe I have earned an answer from chief Keel: Does he prefer I put a gun in my mouth, or a joint?

One final point: While I used to use Cannabis to treat my PTSD and put an end to my constant suicidal ideation – I have not used my medicine since moving to South Carolina because I have a step-son.  In other words, if I were to be locked in a cage for seeking treatment – as chief Keel demands – then I could lose custody.  More important than that, I want to show my step-son that if you find a law that is wrong, there is a proper way to go about changing it.  That is the nature of the wonderful Republic our forefathers gave us – a concept I have defended my whole life in uniform and out. Less than twelve months after ceasing to use cannabis my suicidal ideation returned and I again tried to end my life for a fifth time.  There are treatments for PTSD such as medical cannabis or psychotherapy under the influence of MDMA (both are currently illegal under state and federal law) and I encourage all my brothers and sisters in arms who struggle to reach out and get help.