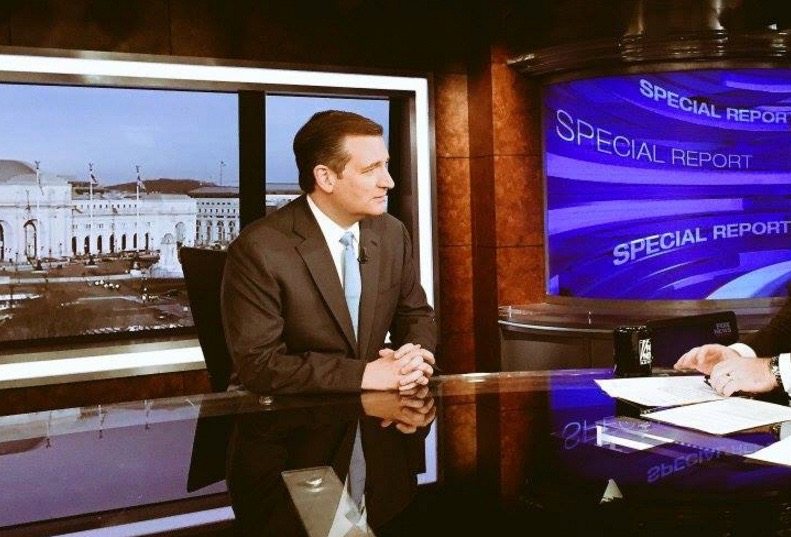 U.S. Senator Ted Cruz of Texas is no stranger to fiery rhetoric targeting the Islamic State in Iraq and Syria (ISIS).

“We will carpet bomb them into oblivion,” Cruz said of the radical Islamic caliphate last December.  “I don’t know if sand can glow in the dark, but we’re going to find out.”

Now that the caliphate’s terrorist network has claimed responsibility for another bloody attack on European soil, Cruz is dialing it back up to eleven.

“Today’s attacks in Brussels underscores that this is a war,” Cruz said.  “This is not an isolated incident.  This is not a lone wolf.  This is a war with radical Islamic terrorism.  ISIS has declared jihad on Europe and on the United States of America.  They have declared their intention to murder as many innocents as possible and it is long past time that we had a President who will acknowledge this evil, will call it by its name and will utilize the full force and fury of the United States to defeat radical Islamic terrorism, to defeat ISIS.”

Cruz blasted U.S. president Barack Obama for his support of an ongoing refugee relocation program (one which has some extensive South Carolina connections).

“This administration has no means of preventing those refugees from being ISIS terrorists,” Cruz said bluntly. “ISIS has stated its intention to infiltrate those terrorists, those refugees, with terrorists coming to America to commit acts of jihad. And the time for the President’s political correctness has passed. The first priority of the Commander in Chief should be keeping America safe.”

We agree … that should also be the first priority of South Carolina’s governor.

“We don’t need another lecture from President Obama on Islamophobia,” Cruz said.  “We need a Commander in Chief who does everything necessary to defeat the enemy and we need to immediately halt the President’s ill-advised plan to bring in tens of thousands of Syrian Muslim refugees.”

Cruz’s aggressive advocacy did create an awkward moment, though, when he was asked whether he supported GOP frontrunner Donald Trump‘s call for a temporary ban on Muslim immigration to the United States.

“It would be a mistake to elect another President who buys into the same left-wing moral relativism that equates the terrorist blowing himself up and murdering innocent civilians to the brave soldiers and law enforcement officers risking everything to keep us safe,” he said.

Of course this is Ted Cruz … who deals in hyperbole every bit as effectively as Obama deals in rhetorical fluff.