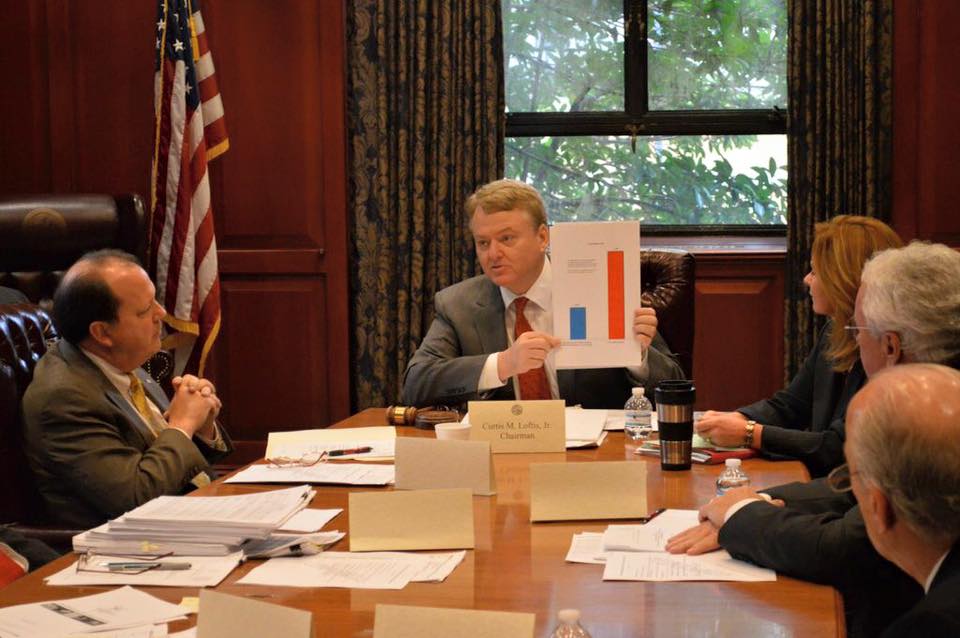 NIKKI HALEY, HUGH LEATHERMAN BEAR THE BRUNT OF THE BLAME

Four years ago, S.C. treasurer Curtis Loftis gave an interview in which he questioned the powers-that-be on the S.C. Retirement System Investment Commission (SCRSIC).

Over the intervening four years, Loftis has battled consistently against the fund managers’ foolhardy “alternative investment” portfolio – advising them to follow a more conservative investment strategy, one that didn’t rely so heavily on exorbitant fees.  He’s also objected to the SCRSIC doling out massive bonuses to the very bureaucrats who produced some of the worst results of any large pension fund in America (at the highest price, too).

In response to Loftis’ efforts, this self-serving cabal tried (and failed) to torpedo him …

Now, Loftis has been been vindicated – although his vindication has come at a terrible cost.

Under the leadership of Reynolds Williams (an appointee of powerful S.C. Senate president Hugh Leatherman) and Ed Giobbe (an appointee of S.C. governor Nikki Haley), the Palmetto State’s pension fund has seen its value slide – and its debt soar.

Astoundingly, Williams and Giobbe remain at their posts … years after we called for their resignations.

Where is the accountability?  We’re talking about $7 billion worth of underperformance, here.  Why aren’t there heads on stakes?

“Being right doesn’t make me feel better,” Loftis wrote this week on his Facebook page.  “(Four) years later the situation has deteriorated – pension debt was $13 billion and now it is $22 billion (and) our investments underperform.”

Indeed, the fund’s debt has increased by roughly $1.5 billion a year since Haley was elected.  Meanwhile it has shed approximately $3 billion in value over the last two years.  Despite this abysmal performance, its leaders have continued to pay exorbitant fees – and bonuses to bureaucrats.

Who is ultimately on the hook for all this?  South Carolina taxpayers …

When this fund underperforms, state employees and their employers (a.k.a. taxpayers) are called upon to put more into the pot.  In fact the S.C. Public Employee Benefit Authority (PEBA) recently recommended increases for both the employee and employer (a.k.a. taxpayers) – which means agency budgets would increase due to higher personnel costs.

Due to the compounding nature of these contributions, every year lawmakers wait to raise contributions costs the fund hundreds of millions of dollars.  Also by statute these increases operate on a two-year lag time, creating additional strain on the system.

Haley has called an April meeting of the State Fiscal Accountability Authority (SFAA) to discuss the pension fund’s problems … but her efforts at this point appear to be more about saving face than actually addressing the issues.  Haley had a chance to act years ago – and she chose to stick with an appointee who exacerbated the problem.

Anyway, we’ll have much more to report on this issue in the weeks ahead … stay tuned.