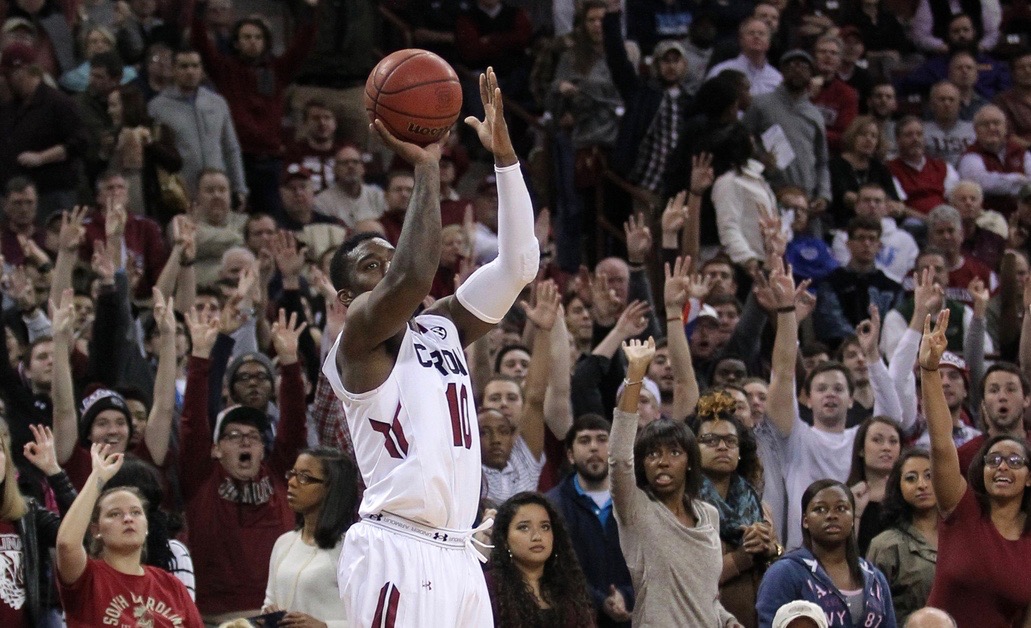 The University of South Carolina men’s basketball team had its best season yet under fourth-year head coach Frank Martin – but it still wasn’t enough to earn them a trip to the NCAA tournament.

The Gamecocks (24-8, 11-7 SEC ) missed out on “Selection Sunday” – falling victim to a weak non-conference slate and losses in three of their last four games (including a pair of heartbreaking defeats at the hands of SEC rival Georgia).

As a result, South Carolina has now gone twelve years without making the “Big Dance” – and an astonishing 43 years without winning a game in the tournament.

While the Gamecocks’ postseason hopes went “pop,” several teams viewed to be beneath them on the proverbial NCAA tourney “bubble” managed to sneak in.  Among them?  Michigan, Syracuse, Tulsa and Vanderbilt.

It’s easy to argue South Carolina was better than some of the teams that received invitations – in fact Martin’s team beat fellow bubble squads Tulsa and Vanderbilt.  But the Gamecocks’ non-conference schedule ranked in the bottom quartile of the NCAA’s 351 Division I-A programs, and they recorded just one win against a top fifty team.  Combine that with the team’s atrocious finish and it’s easy to see why they got dissed.

While the snub certainly stings, Martin clearly has the program moving in the right direction.  After a dismal first two seasons in which South Carolina posted a 28-38 mark (and a 9-27 conference record), Martin’s squad posted its first winning record last season and took an even bigger step toward respectability this year.

That steady improvement is unlikely to make long-suffering Gamecock fans feel any better about the selection committee’s decision to exclude them, but hopefully next year’s squad will be even better. Martin built a consistent winner and perennial NCAA contender at Kansas State – and all indications are that he’s building the same sort of program at South Carolina.

One thing is clear, though: Whoever determines the Gamecocks’ non-conference schedule clearly needs to think about pairing them up against some tougher opponents – and rethink scheduling games against the likes of Francis Marion University.