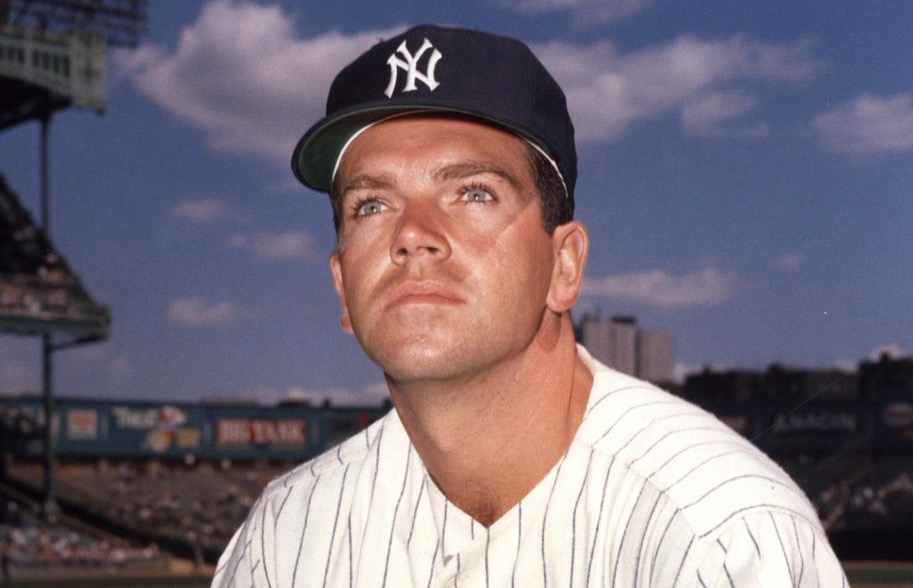 by VAN HIPP || Something just happened in Washington, D.C. that we don’t see much of these days.

South Carolina’s entire U.S. House delegation (Republicans and Democrats) came together to urge President Trump to bestow the Presidential Medal of Freedom on New York Yankee great Bobby Richardson. As the Members of Congress noted, it’s Richardson’s actions both on and off the field that make him deserving of our nation’s highest civilian award.

Frankly, when you consider the positive impact Bobby Richardson has had on America’s youth for several generations, it’s hard to believe that he hasn’t already received that esteemed medal!

Richardson had an illustrious career as the second baseman for the New York Yankees.

He was named an All Star eight times, won five straight Gold Glove Awards and three World Series titles. The Yankee’s original “Mr. October,” Bobby Richardson was the MVP of the 1960 World Series, becoming the only player in baseball history to be named World Series MVP despite his team not winning the series.

It’s Bobby Richardson’s life off the field, though, which serves as an example to generations of young people in America. A strong Christian, Bobby was heavily involved in the Fellowship of Christian Athletes both during and after his baseball career.

Additonally, he served as president of Baseball Chapel for 10 years, doing this following his playing career. He also appeared at five Billy Graham Crusades and served on the President’s Council for Physical Fitness. More recently, he’s even helped to start the Richardson Medical Foundation, a non-profit dedicated to assisting children with unmet medical needs.

As a boy growing up in Sumter, South Carolina, Bobby Richardson wanted to play for the Yankees ever since he saw the movie, “The Pride of the Yankees.” Little would he know that years later in 1963 he would receive the “Lou Gehrig Memorial Award,” given to the Major League Baseball player who, both on and off the field, best demonstrates the character and integrity of Lou Gehrig.

He also had a tremendous impact on baseball at the collegiate level. As head coach, he helped lead the University of South Carolina, Coastal Carolina University and Liberty University all to national prominence in College Baseball.

Bobby Richardson was also a great teammate and someone you could always count on.

Several of the Yankee greats knew that and requested that he preside at their funerals, including Mickey Mantle and Roger Maris.

When he retired, the Yankees honored him by declaring “Bobby Richardson Day,” joining just a handful of greats such as Joe DiMaggio, Babe Ruth and Lou Gehrig to be honored at Yankee Stadium on a special day. And even the Salvation Army joined in the tribute at Yankee Stadium to honor the Yankee who got his start at the age of 10 playing on the Salvation Army team in Sumter, South Carolina.

Established by President John F. Kennedy, the Presidential Medal of Freedom is awarded to someone who has made an especially meritorious contribution to the security or national interests of the United States, world peace, cultural, or other significant public or private endeavors.

And the youth of our nation need sports figures that they can look up to as role models, both on and off the field. U.S. Representatives Ralph Norman, Jim Clyburn, Tom Rice, Joe Cunningham, William Timmons, Joe Wilson and Jeff Duncan said it best. Bobby Richardson’s life has been a “beacon of light for the Christian evangelical movement and has remained an infallible role model throughout a time when sports figures have been idolized and placed on a pedestal that only few can live up.”

At a time when America needs bipartisanship, it’s great to see members of both parties cross the aisle on something that transcends politics.

Bobby Richardson, one of the New York Yankees greats, with his accomplishments both on and off the field, has been a true role model and has positively impacted America’s youth for several generations.

He is unequivocally deserving of the Presidential Medal of Freedom.

Van Hipp is Chairman of American Defense International, Inc. He is the former Deputy Assistant Secretary of the U.S. Army and author of “The New Terrorism: How to Fight It and Defeat It.” He is the 2018 recipient of the Queen Elizabeth II September 11 Garden Leadership Award for National Security. His column – reprinted with permission – originally appeared in Newsmax.