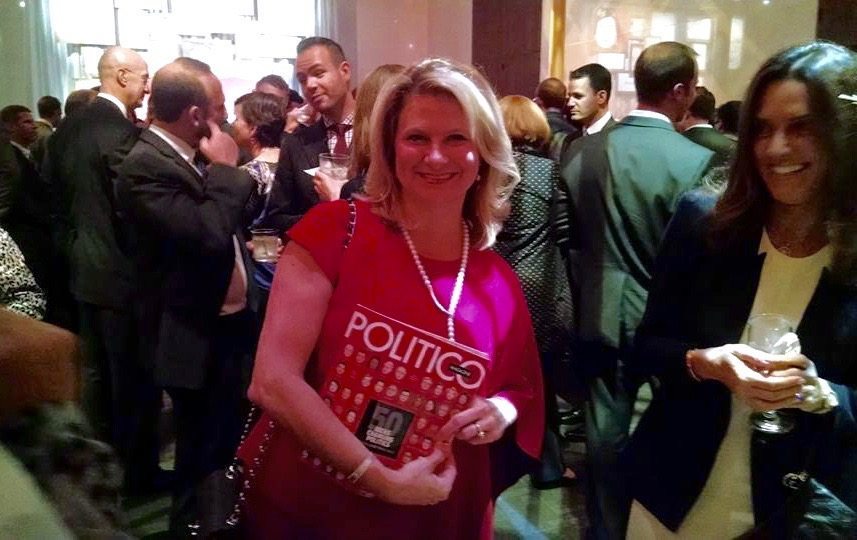 PALMETTO STATE’S “LUV GOV” GETS AN UNEXPECTED, EFFECTIVE BROADSIDE FROM HIS CONGRESSIONAL CHALLENGER

Such a punch was thrown this week in the race for the South Carolina first congressional district … a seat currently held by “Republican” sellout (and national laughing stock) Mark Sanford.

In the hours prior to the Super Tuesday primary races – which were won convincingly by GOP frontrunner Donald Trump – Sanford came out as part of the last-ditch “Republican” establishment campaign to blunt Trump’s momentum.  Specifically, he told The Wall Street Journal he had become a founding member of the House GOP’s “Not Trump” caucus – meaning he would not support Trump even in the event he won the “Republican” presidential nomination.

Sanford probably felt he was safe in taking such a position because his 2016 primary opponent – S.C. Rep. Jenny Horne – is perceived as coming at him from the leftward fringes of the “Republican” party.  After all, she’s taken progressive positions on the legalization of medical marijuana and gay rights – and she was famous (infamous?) for her role in bringing the Confederate flag down from its post on the S.C. State House grounds last year.

Horne would be the last person to defend Trump – and rip Sanford for his establishment sellout, right?

“Does that mean that Sanford will support Hillary Clinton or Bernie Sanders in the general election?” Horne asked in an interview with reporter Schuyler Kropf of The (Charleston, S.C.) Post and Courier.

Horne went on to refer to Sanford’s statements against Trump as “a slap in the face to all the Republican voters in South Carolina who gave him an overwhelming victory in our recent primary.”

“I will fully support Donald Trump if he is the Republican nominee because this country is headed in the wrong direction and dramatic change is needed in the White House and in Congress,” she said.

In one bold stroke, Horne has made a play for voters occupying the right wing of the district’s GOP electorate – people who might have otherwise never given her a second look.  She’s also made a play for a possible Trump endorsement – which depending on how the next few months play out could fundamentally alter the complexion of this race.

“She threw a Jefferson Davis style lynching on him … must run in the family,” one GOP operative told us, referring to Horne’s dubious claim that she was a descendant of the Confederate president.

Do we think Horne is going to defeat Sanford?  No.  She still faces a tremendously uphill battle.  But if she is able to consistently recognize – and exploit – opportunities like this, Sanford is going to have a real fight on his hands.

Also worrisome for Sanford?  Horne appears to have gotten herself back into fighting shape …

“She’s lost a ton of weight,” one of Horne’s colleagues in the S.C. General Assembly told us this week.  “She’s looking damn good.”

That should scare the hell out of Sanford.

Horne and the former two-term “Luv Gov” are currently the only two candidates in the mix for this seat – which stretches along the Palmetto State’s Lowcountry coastal regions.  Former S.C. lieutenant governor André Bauer has been rumored as a possible contender, though.