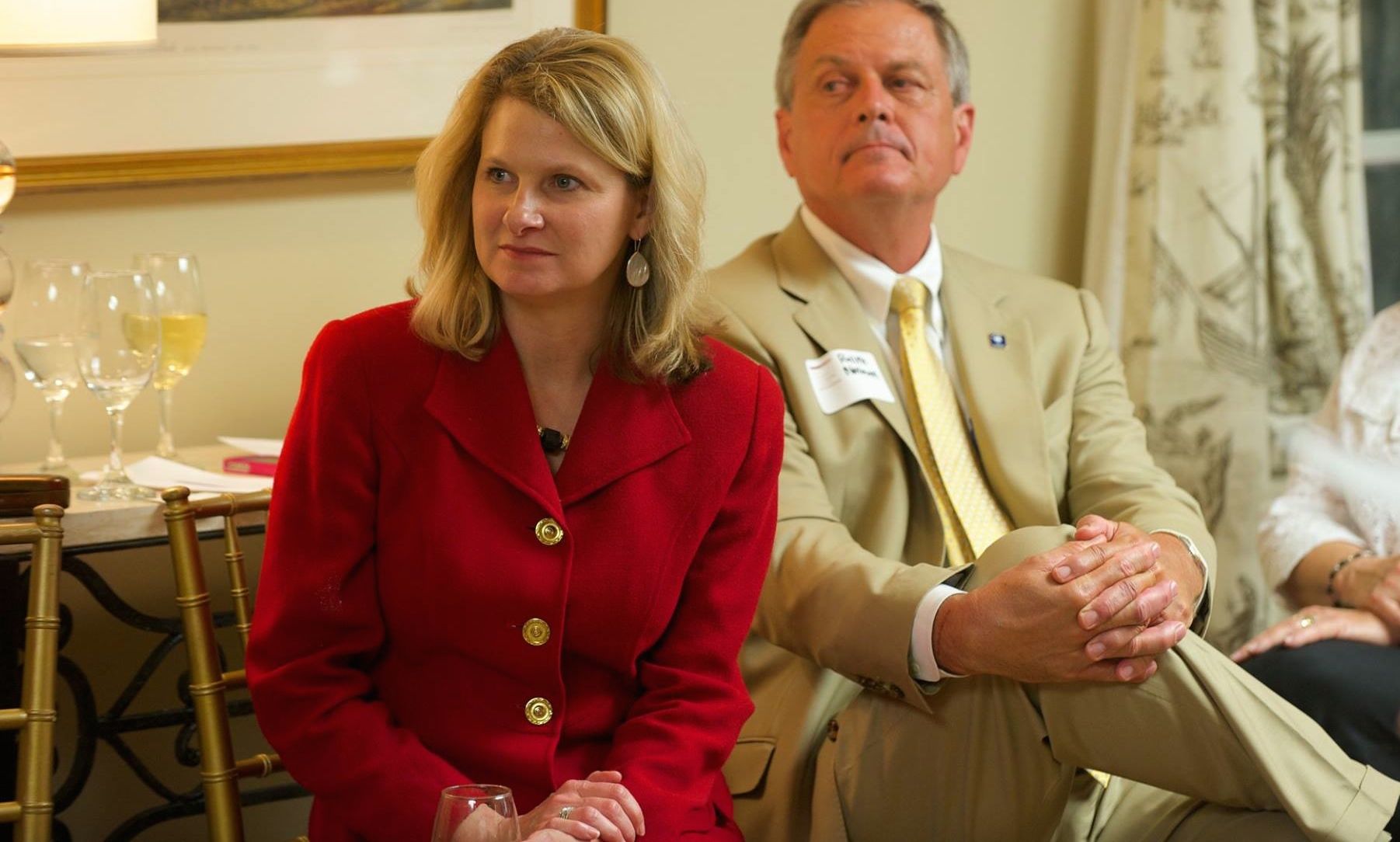 She’s the, um, “direct descendent” of former Confederate States of America (CSA) president Jefferson Davis – the good ol’ gal whose tearful flip-flop on the Confederate flag has been credited by the national press with turning the tide of the legislative debate over the controversial banner.

Never mind that Horne’s rapid-fire conversion on the flag was even faster than S.C. governor Nikki Haley‘s … not to mention every bit as opportunistic.

Or that she was lying about being related to Davis.

Politico magazine – in a piece sponsored by corporate crony kingpin Boeing (which has received hundreds of millions of dollars in subsidies thanks to Horne and Haley) – is the latest national media outlet parroting Horne’s Jefferson Davis claim.

When Nikki Haley became the Republican Party’s nominee for South Carolina governor in 2010, Newsweek declared the 38-year-old Tea Party favorite the “Face of the New South.” It was a phrase that held little meaning until the defining event of Haley’s two-term tenure came this year: the murders of nine African-American churchgoers in Charleston at the hands of a white supremacist. To this brutal reminder that the “New South” remains more an aspiration than a reality, Haley responded with a call for the Confederate flag to come down from outside the statehouse. And in a sign of the South’s complicated relationship with its past, it was a self-proclaimed descendant of Jefferson Davis – a Republican representative from Charleston named Jenny Horne – who helped ensure that the state legislature heeded Haley’s call.

Or was it Volvo?

(That’s who Horne said it was).

It’s hard to keep track of all the corporate fellating, isn’t it?

Nonetheless, according to Politico, Haley and Horne share the No. 9 spot on a list of “thinkers, doers and visionaries transforming American politics.”