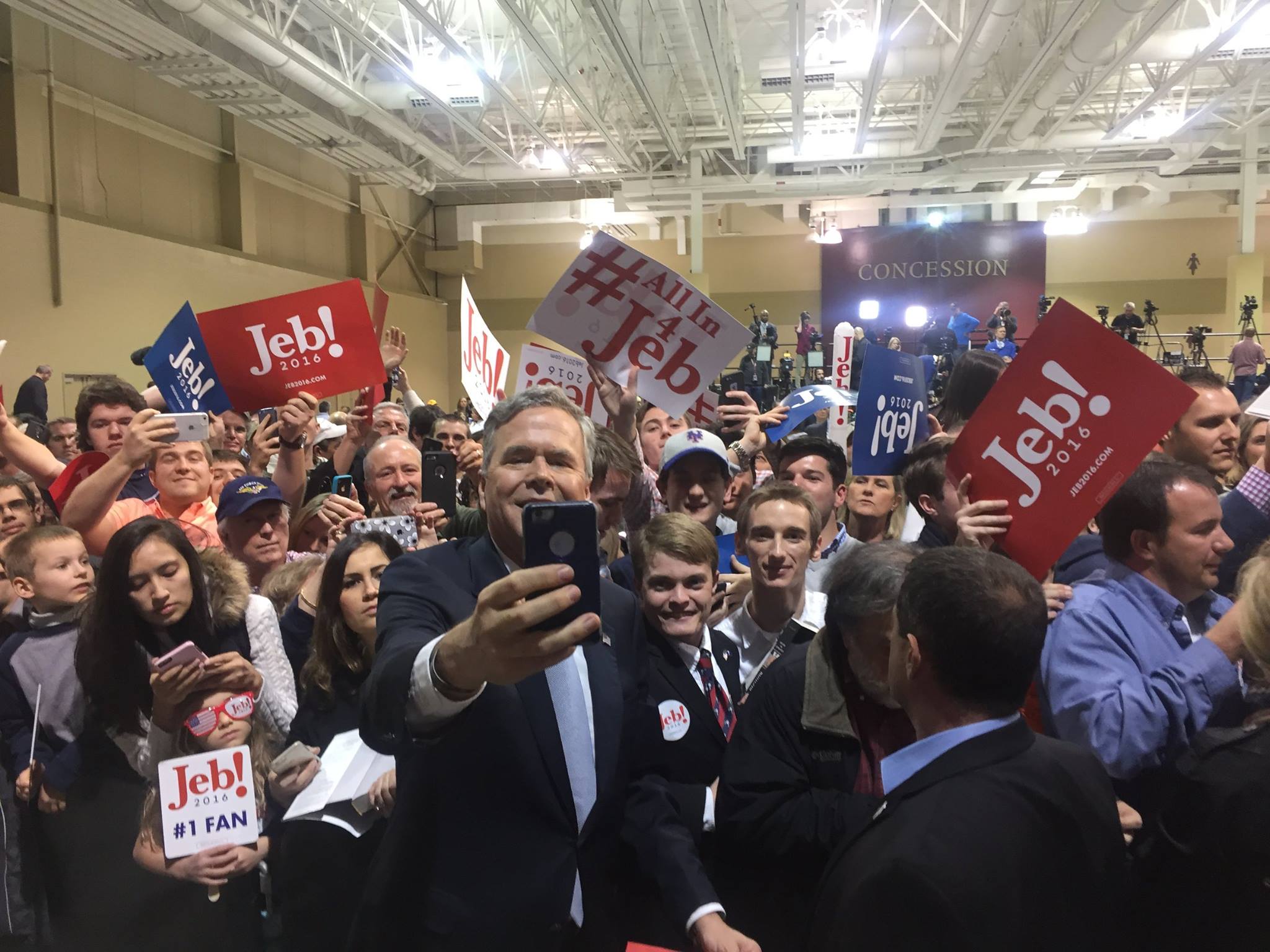 South Carolina used to be “Bush Country.” And former Florida governor Jeb Bush did everything in his power to make it so again in 2016.

It didn’t work out, though …

Despite appearing at campaign stops with his brother (former president George W. Bush) and his mother (former first lady Barbara Bush) – and despite receiving the endorsement of U.S. Senator Lindsey Graham and most of the state’s “Republican” political establishment – Bush’s 2016 presidential bid is set to go down in flames in South Carolina this week.

According to the latest aggregate polling data from RealClearPolitics, Bush is currently receiving just 10.3 percent of the “First in the South” GOP vote.  That puts him in fourth place behind GOP frontrunner Donald Trump (31.8 percent), U.S. Senator Ted Cruz of Texas (18.4 percent) and Marco Rubio of Florida (17.8 percent).

That means the last gasps of Bush’s presidential candidacy could be drawn Saturday night at the Hilton Columbia Center (924 Senate Street) in downtown Columbia, S.C. – which is where his campaign is holding its election night celebration beginning at 8:00 p.m. EST.

Expect little in the way of celebrating, though … and lots of politicos leaving early to attend more festive gatherings involving other candidates.

John Kasich: “Where’s Your Party At?”

Ted Cruz: “Where’s Your Party At?”