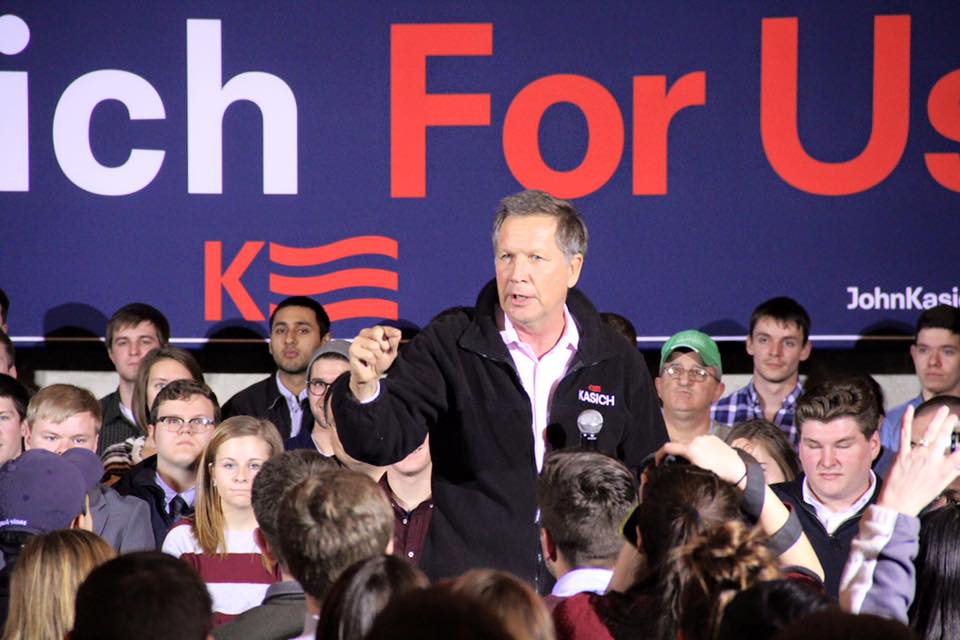 Our guess is Ohio governor John Kasich won’t have much to celebrate on election night in South Carolina.   The latest aggregate polling data from RealClearPolitics has him in fifth place in the “First in the South” presidential primary, drawing a measly 9.5 percent of the vote.

The fiscal liberal is having a party anyway, though … one hosted by another big government “Republican,” S.C. Rep. Chip Limehouse.

Kasich was endorsed by The (Charleston, S.C.) Post and Courier – which has grown increasingly fond of left-leaning politicians of both parties – but his candidacy never caught fire among Palmetto State GOP voters.

Our guess is his surprise second-place finish in early-voting New Hampshire ten days ago was the high-water mark of his candidacy.

Which is a good thing as far as we’re concerned …

Jeb Bush: “Where’s Your Party At?”

David Beasley Got A Nice Voicemail From Donald Trump