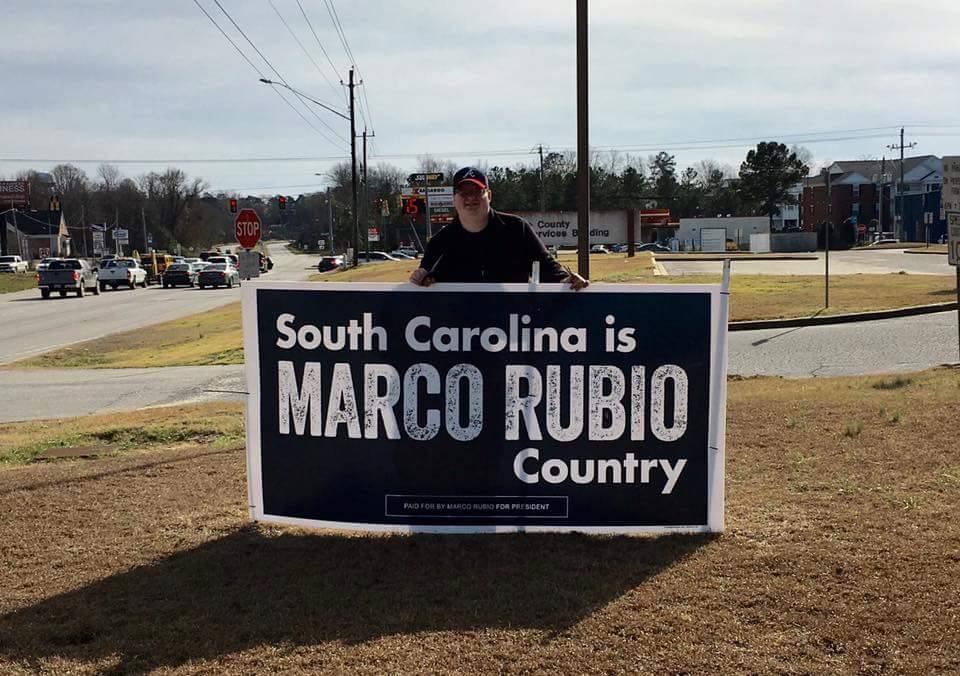 TED CRUZ BACKERS POINT THE FINGER OF BLAME AT ESTABLISHMENT “REPUBLICAN … ” BUT DO THEIR ALLEGATIONS HOLD UP?

It looks like the presidential campaign of U.S. Senator Ted Cruz wasn’t the only organization up to no good in early-voting Iowa this week.  Speculation is now swirling that third-place finisher U.S. Senator Marco Rubio of Florida was also involved in spreading false “reports” that fourth-place finisher Ben Carson was dropping out of the race.

These reports are believed to have artificially suppressed Carson’s support and boosted the performance of his rivals – notably the evangelical voters being courted by Cruz and Rubio.

“Conservative” radio host Rush Limbaugh even advanced the theory of Rubio’s involvement, saying Cruz was being unfairly attacked over the Carson flap because he was faring better than Rubio in the polls.

“Cruz is the frontrunner!” Limbaugh said. “They don’t think they can go after him on the issues.”

We’re not discounting Rubio’s involvement in pushing the false “Carson is quitting” narrative.  It seems eminently plausible to us – and there’s some evidence to suggest his supporters were involved.  But as much as we can’t stand this Obamatrade-loving establishment politician, there’s very little to suggest Rubio’s operatives were deeply involved in spreading of this rumor – whereas the evidence against Cruz’s campaign is incontrovertible.  In fact Cruz has already apologized to Carson for his campaign’s role in the dust-up – although he did attempt to (disingenuously, in our book) pin the blame for the whole thing exclusively on the media – namely CNN.

CNN obviously isn’t innocent here. Just as the Iowa caucuses were getting underway, the network sent out a tweet that seemed to imply Carson might be exiting the race …

Because candidates never “quit” anymore – they “suspend their campaigns” – it’s understandable how many would (and did) view this as a sign Carson was in fact bugging out.

To those reports, Cruz’s team added – in an official email, no less – what appears to be a completely fabricated claim that Carson was planning on “making a big announcement next week.” The email further instructed recipients to “inform any Carson caucus goers of this news and urge them to caucus for Ted Cruz.”

One Cruz precinct captain did just that … only to be rebuked by Carson’s wife, Candy Carson.

Cruz’s national co-chairman U.S. Rep. Steve King took the story a step further – tweeting that “Carson looks like he is out” and that “Iowans need to know before they vote. Most will go to Cruz, I hope.”

… those instances appear to be isolated, not part of a strategic push originating at the highest levels of the campaign.

Look, we like Cruz. Always have. Had it not been our intention to drive a stake completely through the heart of the utterly worthless “Republican” party, we probably would have endorsed his candidacy instead of backing the populist crusade of Donald Trump.

Oh, and we’ve long-believed Carson – whose campaign has been in meltdown mode in recent weeks – should drop out of the race.

Bottom line? Cruz can explain away his campaign’s behavior … and pin the blame for it on the press and on rival candidates … but at the end of the day such deflection doesn’t sit well with us. This is a guy who has put his Christian faith front-and-center as part of an effort to court evangelical voters. In other words, he ought to be holding himself to a much higher standard of conduct.

UPDATE: To say Cruz supporters here in early-voting South Carolina are unhappy with criticism of their candidate on this subject, yeah … that would be an understatement. 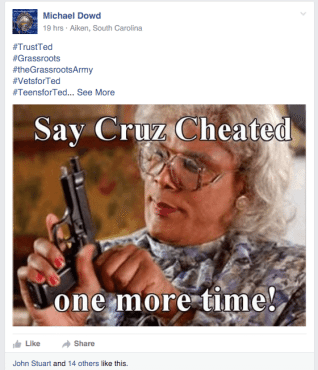 Will Hillary Clinton Get Indicted?

Marco Rubio Takes Credit For A Vote He Didn't Cast

Hopefully the international community is witnessing how Democracy is really practice here.

Rubio’s too much like a male cheerleader to be president..

Paul is so weird.Reminds too much of Johnny Rotten to begin thinking about his politics..

Marco took the last two items off and tossed them aside his face now burning. She looked Marco in the eyes and said, “And don’t let me catch you wearing my clothes again!”

GWB was a male cheerleader, so you’re absolutely right!

All you need to know about this fairy:

Maybe Trump was right about hispanics being crooks. At least as to the ones running in the Republican primary.

Yesterday on abc a few posters were talking about a Rubio/Haley ticket. Thought about you Thumper.

God help us all.

Saying Carson is quitting seems to be like saying night is coming. It’s common sense.

The timing is germane though…

Oh, so Carson is like the “dark” hunh, yeah right, a darky hunh? You have a problem with darkies in power hunh you racist cracker motherf… – oh, wait, what oh, never mind…

Carson said racism is over.

Gotta give Carson credit in that he just blames a dishonest honkster instead of playing the “racism card”.

Shut the fuck up, you racist redneck bitch before I lobotomize you stupid ass!

And I won’t use no anesthesia, either. Punk ass bitch Cocksucker!

This has nothing to do with race, and you know that. It’s about competence, getting all the facts, and considering what you would do if you were a competent campaign staffer.

See, that was what passes for humor in my strange little mind. I was just playing off the “night is coming” comment and want really commenting on anything, think Rosanne Rosanna Danna. Just screwing around here, nothing to see, keep moving…

How stupid are the people voting in GOP primaries?
This is hilarious!

I’d say the gentleman holding the Rubio sign is a good representation of Rubio supporters.

All this is interesting and people should try to avoid mistakes, but I bet it won’t be the last controversy in this campaign.
Of course, all the competitors are anxious to get a leg up over the competition, but you you should be held accountable if your enthusiasm leads to mistakes. The Republican party in this case must be self-regulating since no state or Federal laws are applicable.

WOW. It’s beginning to look like there is only one way to Make America Great Again.

SC would be more Rube-io Country

And what has Rubio accomplished? NOTHING. Is that who you want to be the boss of your nation? Would you work for someone who had done nothing?

Once again, the reporters on this article are totally ignoring the fact that Carson lost major financial support from Iowa and NH on Sunday/Monday. If you add this to Carson’s own statements about going home “for a change of clothes,” an irrational excuse, any good campaign staffer could infer that Carson was getting out. Let’s get all the facts out to the public, please.

Bull shit!!! Cruz and Rubio knew exactly what they were doing. They were trying to steal Carson votes and they were willing to lie and cheat to get them. This is an early revelation of their Character. This is why we don’t want either of those lying cheating assholes near the White House.