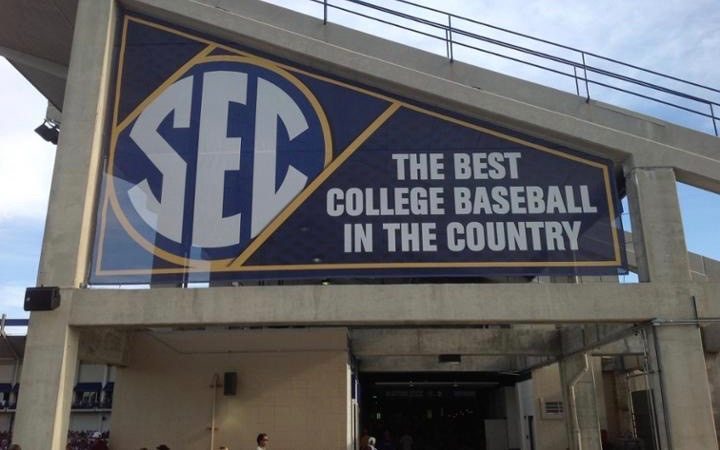 It’s been a difficult stretch for the University of South Carolina baseball program – which five years ago was embarking on its second consecutive national championship run.  The Gamecocks posted a less-than-impressive 32-25 record last season – including a dismal 13-17 mark in Southeastern Conference play.  As a result, they failed to make the postseason for the first time since 1999.

South Carolina is entering its fourth season under head coach Chad Holbrook – who took over the program from legendary coach Ray Tanner (now South Carolina’s athletics director) after the 2012 season.

In his first season at the helm (2013), Holbrook’s team went 43-20 and made it to the NCAA Super Regional in Chapel Hill, N.C.  The following year, the Gamecocks posted a 44-18 mark but failed to make it out of their home regional for the first time since 1976.

Holbrook’s team opens spring practice this weekend at Carolina Stadium, recently-rechristened “Founders Park” – for Founders Federal Credit Union.  Three scrimmages will be open to the public – one on Friday at 4:00 p.m. EST, one Saturday at 1:00 p.m. EST and another Sunday at 1:30 p.m. EST.

How are the Gamecocks expected to perform in 2016?

South Carolina? Eh … the Gamecocks are unranked in the 2016 preseason Baseball America poll.

Two years ago we were optimistic about the status of the program under Holbrook.

“We fully expect Holbrook to reorient the trajectory of the program given the talent he’s brought in … as well as some of the stars he’s already landed for the 2015 class,” we wrote at the time.

The trajectory has yet to be reoriented, though … and Gamecock fans are growing impatient.

Rising sophomore Clarke Schmidt, a right-handed pitcher whose fastball tops out at 95 miles per hour, is one of several talented young players on Holbrook’s squad who could have breakthrough seasons this year.  Let’s hope that happens.

Otherwise the temperature under Holbrook’s seat will only grow hotter …

South Carolina opens its 2016 campaign on February 19 against Albany.  An annual three-game series against arch-rival Clemson will be held in early March, and SEC play opens on March 18 against Arkansas.  For a look at the upcoming schedule, click here.

Holbrook will be just fine. Fits should stay away from sports.

Fits is correct.I won’t say what I think because I’m superstitious.

I hear it aint happening.

Not a Gamecocks fan (Go Tigers) but they certainly are better than Ohio State.

Baseball Ranked No. 17 In The Nation By D1Baseball
http://www.gamecocksonline.com/sports/m-basebl/spec-rel/011216aaa.html

Someone needs to grab hold of these Cocks and choke them, like a chicken.

Sounds like a job for me and GT! LMAO!!!

Um, I am a South Carolina fan and following a coach like Ray Tanner is difficult, the guy went to 6 CWS, won two, runner up twice. I get a sinking feeling SC hired the wrong guy. SC should have hired Monte Lee not Holbrook, watch Lee will own him.

A Holbrook press conference reminds me of a Special Olympics particpant interivew.The cap pulled down to eyebrown level, flat brim, microphone at brim level and talking in a monotone voice.

just like the Brice I see you at Carolina Stadium Fits and your going to need Dr. #5 to report to Upper East first Aid