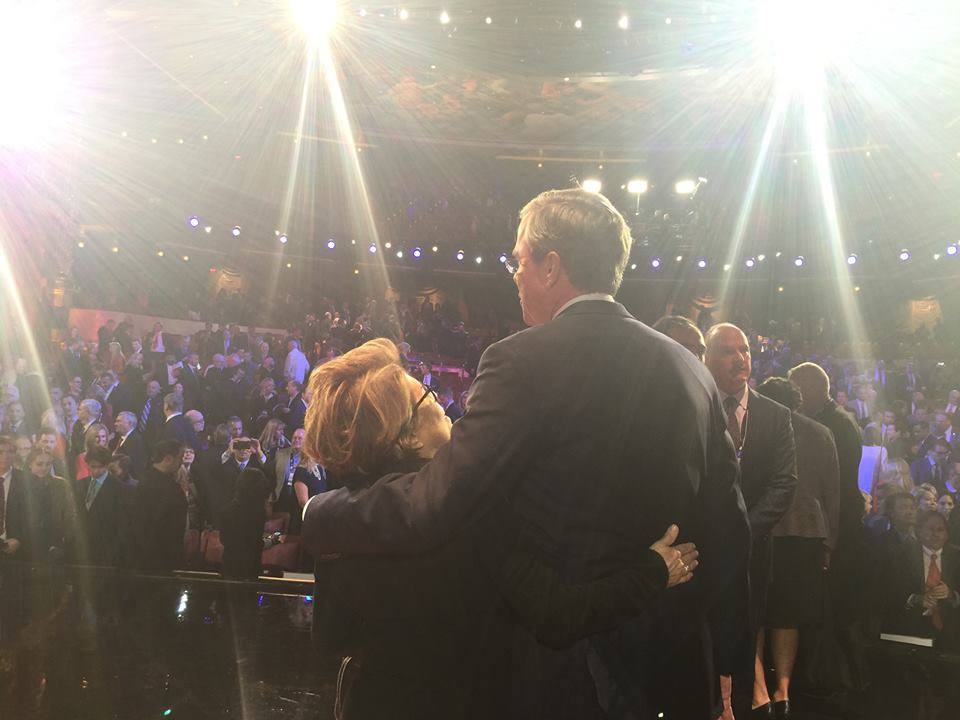 ANOTHER ONE BITES THE DUST?

The once front-running campaign of former Florida governor Jeb Bush is cancelling more than $3 million in television advertising in early-voting Iowa and South Carolina.

Really?   So to recap: Bush is now freeing up television money for staff … after a previous staff downsizing aimed at freeing up more money for television.

“The Bush camp also said it plans to increase its advertising on conservative talk radio stations in South Carolina, a cheaper, lower-profile and less effective way to reach GOP base voters,” a follow-up report by The Washington Post added.

Here’s the problem: GOP base voters simply aren’t buying what Bush is selling.

The Right to Rise PAC – which has pumped millions of dollars into Bush’s presidential bid – has been running commercials in early-voting states (including South Carolina) for months.  And this spending has utterly failed to lift Bush’s numbers.

The Right to Rise PAC says it is spending $3.6 million in Iowa between now and February 1 – the date of the Iowa Caucus.  It also plans to spend another $15 million in New Hampshire and South Carolina, which hold their primary elections later that month.

Like Wisconsin governor Scott Walker – the other early “Republican” frontrunner – Bush has seen his ambitions vaporized by the populist, politically incorrect insurgency of Donald Trump.

The only difference between the two “Trumped” establishment politicians?  Walker recognized his futile position months ago – and acted accordingly.

We asked a national operative what they thought Bush’s ad cancellations meant.

“The end,” the operative told us.  “The establishment has settled on Marco the pool boy as their candidate.  Bush and the others will soon fall aside to give him a clear shot.”

Before the first votes have even been cast, 2016 is shaping up into a battle between Trump, Ted Cruz and Marco Rubio.

Bush isn’t dropping out until at least after NH and probably SC at the earliest.

Rubio is about to get the wrath of Bush and a few others, the brother-in-law story is the start. We will see if he is ready for the storm.

Bush would make a good Secretary of State and he’d have Ambassador to Mexico in the bag for sure.
I’d prefer him as prez over Trump any day but the way it looks now he ain’t got a chance (UNLESS…he walks over to Trump during the next debate or whatever encounter he might have with him and says “I’m tired of your fucking mouth” and punches him out right after he says it….Trump wouldn’t hit him back I guarantee that…)
it would be one of the most memorable events in United States politics since the Hamiliton/Burr duel………………or when that South Carolina cracker beat that senator with a cane prior to the Civil War. I forget his name at the moment but I’m sure you know about the incident.

I’d vote for him if he did as you mentioned.

A teacher at Dreher HS supposedly has that cane as a family heirloom.

That’d be cool to see if it was authenticated!!!!

Which begat bad tidings of things to come!!!!
Thanks for the names…saved me having to look it up again.
Have you read “Our Man In Charleston” by James Dickey’s son?
it’s a good read and lays bare all the BS that neo-confederates want to believe…or wish had happened…………..

Bush has been reduced to the bitter liberal that he is.Exposed as an angry,elitist clown that the Republican establishment tried to use to perpetuate its agenda of Amnesty.It failed.

Doesn’t matter when/if Bush gets out.Nobody can stand to even look at him and conservatives stopped listening to him when he said illegal criminal immigration is an ‘act of love’.

Trump is not my first choice however he saved the Republican Party from itself.He has been able to tie illegal immigration and the issues of jobs,trade,crime and foreign policy all together in a way a majority of Americans understand. Cruz gets it and is following.Rubio shows signs of getting it however his participation in the ‘gang of 8’ and desire to allow some kind of path to citizenship in the next 20 years will sink him-it won’t be lies that you or others perpetuate against Rubio.

The desire to repeal and get rid of the illegal policies that Obama has inflicted on America is so strong the voters will ignore character issues of a candidate if the candidate can assure them the last 8 years will be reversed.

What ‘lie’ would that be?

If Clinton or Obama had been in the same situation as Rubio is with his Brother-in-law, you nutjobs would be livid.

lol…’nutjobs’? That from the fucking moron of political predictions…no shit…on election night last year I was in south Florida and shared your predictions at a campaign headquarters…they couldn’t believe somebody could be that stupid…I assured them you were…

Eeny, meeny, miny, moe which way should I go,

Think I will just sit here until the pee in my pants turns cold.

Now that you’re 100% certified as a racist douchebag…

You must be an illegal criminal that Bush wants to make a citizen?
I will pray for you.

Probably. She’s gone into full-blown Nikki Haley mode, learning how to, “go along to get along”, at every turn in hopes of enhancing her prestige and power. Her support of Jebby is but one more of many reasons to dislike and distrust her.

[Senator or Mrs. Somebody] is, in fact, a lent head. As in empty suit, as are Bush, Rubio, and that conniving Cruz. We’ll all be waving Mexican flags in a generation with any of those three.

I like Hite’s better than Hudson’s, any day of the week. I think what he is referring to is the Jebby campaign stop at Hudson’s, yesterday. Hudson’s seems to be the place for Lexington County RINO’s to gather for some time.

I hear nobody showed up and they made him pay for his meal.

I had a personal invitation , but was too busy MAKING AMERICA GREAT AGAIN. LOL

I’ve had no use for Jeb since I read what he put Terri Schiavo’s husband through. Even after the autopsy reports confirmed she was a vegetable, Jeb inquired about opening an investigation into the husband in hopes of proving he was behind her demise. Shithead.

Keep switching back and forth, Jeb, you’ll flood your campaign engine.

Bush is toast. Now, he is only in the race for one reason…Dump Trump.

Jeb represents the Establishment and they will do anything to stop Trump. And of course, Jeb will be “rewarded” for his efforts.

Bingo.What a shame this goof ass has destroyed any legacy he had in Florida as a successful governor to become the self ordained rodeo clown for the Republican establishment in their push for Amnesty.

HAPPY NEW YEAR! To all you SC SCREW ups.

Jeb Bush should have moved on weeks ago. Waiting for Trump to flame out, crash, and burn is not a campaign strategy. It was wishful thinking in a state of desperation.
Most people want to hear from these candidates as to what they would do differently than the totally unqualified current occupant.

Is, “the same exact thing”, an acceptable answer?

Oh, hell no.
I would like to hear more about Obama and less about their fellow Republicans. But, I know this primary has to play out.

The sooner Bush drops out the better it will be. He is a bump in the road to MAKING AMERICA GREAT AGAIN.