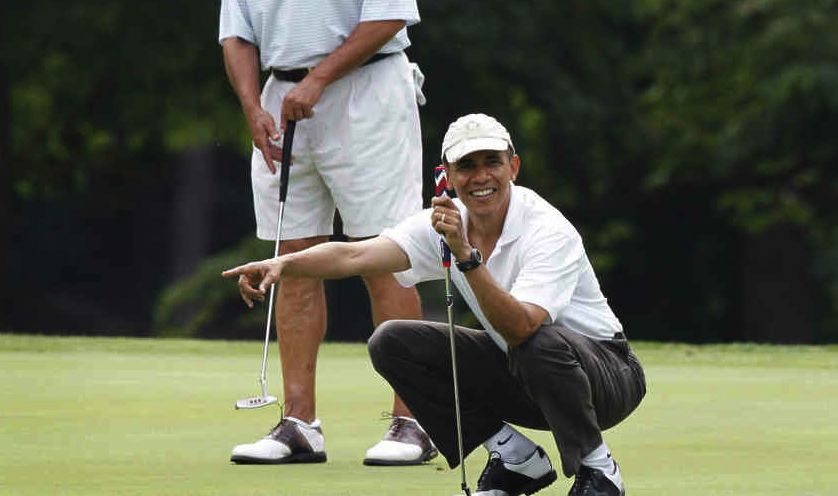 PART OF A GROWING PERSONAL, POLITICAL TRAVEL TAB FOR TAXPAYERS

And those are just the expenses we know about …

Judicial Watch has been all over Obama’s personal and political travel for some time.  Last month it released information related to a New York sightseeing trip, a west coast political swing and a Martha’s Vineyard vacation (this one) that cost taxpayers more than $3 million.

All told, Obama has spent more than $70 million on political and personal travel.

“(Obama) is enamored with the presidency’s trappings of power and taxpayers are left holding the tab,” Judicial Watch president Tom Fitton recently noted.

We agree … although it’s what he does when he’s in the office that’s far more worrisome (and more costly).

But don’t worry, “Republicans” were elected to Congress to block all that … right?  Right?