A defiant South Carolina law enforcement leader publicly addressed the criminal sexual conduct scandal swirling around him this week … although it remains to be seen whether he will survive the storm.

Greenville County, S.C. sheriff Will Lewis adamantly denied raping one of his female subordinates, but he did admit to having an extramarital affair.

“It pains me to tell you that I in fact broke (a) vow to my wife and family,” Lewis stated.  “I had a consensual encounter earlier this year, and for that, ‘deeply sorry’ doesn’t cover it.  But that’s all I can tell you, is that I am deeply and truly sorry for that.”

Lewis, 42, has been accused of rape, stalking and corruption by 23-year-old Savannah Nabors, one of his former employees at the Greenville County sheriff’s office.

Nabors’ allegations – first reported by this news site – were based on a lengthy (but since-deleted) blog post she authored.  In addition to breaking Nabors’ story, we were also first to confirm the existence of a S.C. State Law Enforcement Division (SLED) probe into the allegations – an investigation the agency confirmed this week was ongoing.

Earlier this week, this news site broke even bigger news related to this case – Nabors’ bombshell lawsuit against Lewis related to these allegations.

According to Nabors’ pleading, Lewis came to her hotel room in downtown Charlotte, N.C  shortly before midnight on March 7 while the two government employees were on a business trip.  After he allegedly served her a liquor drink, Nabors claims she began to slip in and out of consciousness – awakening at one point to find Lewis on top of her having sex with her without her consent. 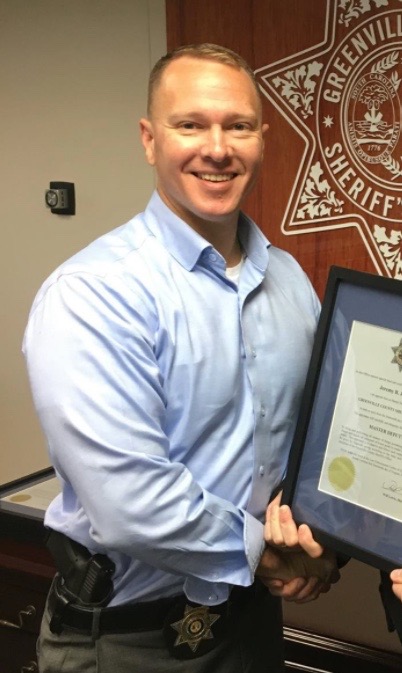 According to Lewis, Nabors’ rape allegation has “zero credibility” and is “100 percent false.”

Lewis also said he has no plans to step down as sheriff as a result of the SLED investigation into his alleged conduct – or the lawsuit filed by Nabors.

“No matter what my infidelity led to, this is the best agency in South Carolina, hands down,” he said. “The best men and women work here.”

“They’re having to put up with the garbage that does on out here every day,” he added. “I made the mistake. I stepped out. I had the encounter.”

“I only ask for forgiveness,” Lewis continued, adding that “continued prayers are always appreciated.”

Our view?  Lewis needs to resign …

Whether he raped Nabors or not, the audio recordings she has submitted with her lawsuit are damning on several other fronts – including the fact that Lewis clearly plotted to defraud the taxpayers of Greenville County in an effort to advance an affair with her.

“Ain’t nobody gonna find out,” Lewis told Nabors in one of the recordings, referring to a taxpayer-funded trip he intended to use as a romantic getaway. “Nobody is going to find out. That’s the whole point.”

Well, people did find out … and Lewis needs to be held accountable for his misconduct in office.