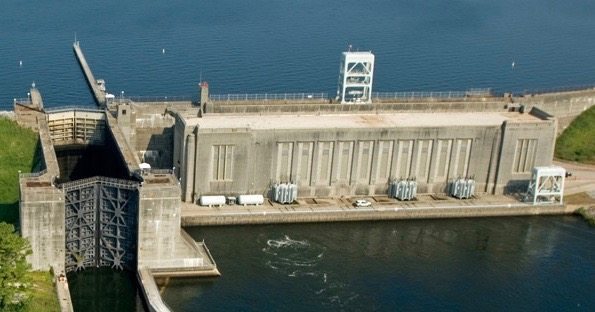 As expected, the push to raise taxes in South Carolina to address the damage sustained by this month’s “Floodmaggedon” disaster is gearing up …

This week, the most powerful, most liberal politician in the state – S.C. Senate president Hugh Leatherman – told The (Charleston, S.C.) Post and Courier that there’s no way to even conceive of how big the price tag will be.

“Nobody at this point can give me even a guesstimate of what kind of monies we’re looking at,” Leatherman told the paper, which headlined its coverage of soaring costs “wreaking havoc” on the state’s $26 billion budget.

Of course.  But while the adding machines whir, here’s some free advice: Grab your socks and hose and pull.

We’ve heard$1.5 billion, but again – no way to know yet whether that’s “South Carolina math” or a number of what the repairs might actually cost.

And again, we’d reiterate the unavoidable point here: That the damage from this storm was far worse than it should have been because state leaders have utterly failed to make road and bridge maintenance and repair a priority – even as the S.C. Department of Transportation (SCDOT) budget soared from $1.1 to $1.8 billion in the last four years alone.

Anyway … in a recent column we addressed how the state had plenty of money to deal with an emergency $1.5 billion tab (in addition to that astronomical 80 percent increase in recurring dollars).

… the state could cover the entire shortfall – and have $900 million to play with – if its leaders agreed once and for all to abandon the fiscally reckless Interstate 73 project.

Beyond that, there’s more than $447 million currently sitting in the state’s two reserve accounts, and – as we noted earlier – the state has millions more in future projected surplus funds available.  Also, the state currently has an estimated $1 billion in bonding capacity – and would have a lot more available if Gov. Nikki Haley hadn’t been doling out corporate welfare like Halloween candy.

… h, and all this back-of-the-envelope math is before we start discussing what percentage of road and bridge repairs the federal government is going to assume, and before we start contemplating what non-essential government bureaucracies, programs and expenditures can be eliminated as part of an effort to better prioritize state spending.

Well guess what: We forgot something.  A big thing.

Loyal readers may recall a letter to the editor that ran on this website back in May of this year.  In the letter, it was proposed that the state sell Santee Cooper – its government-run energy company.

According to the letter’s author, Santee Cooper has $11.2 billion worth of assets and income of $1.5 billion a year – i.e. exactly the preliminary infrastructure damage estimate from “Floodmaggedon.”

Beyond selling Santee Cooper outright – as this website has consistently advocated the state should do – another option would be selling a minority interest in the energy concern.

Why aren’t lawmakers doing that?

Easy: They want to continue using the state’s ownership of Santee Cooper in their command economic development scams – you know, the ones in which they provide free power to select corporations as part of the state’s broader efforts to bribe business to relocate to the Palmetto State.

Oh, and let’s not forget the other part of those efforts – totally unnecessary infrastructure.

Government has core functions to perform.  One of them is undeniably the construction and maintenance of a network of roads and bridges.

But we cannot go to dirt poor citizens (who already pay a disproportionately high percentage of their income on fuel) and ask them to pony up still more money when the state’s coffers are literally overflowing with cash … much of which is being wasted on non-core functions.