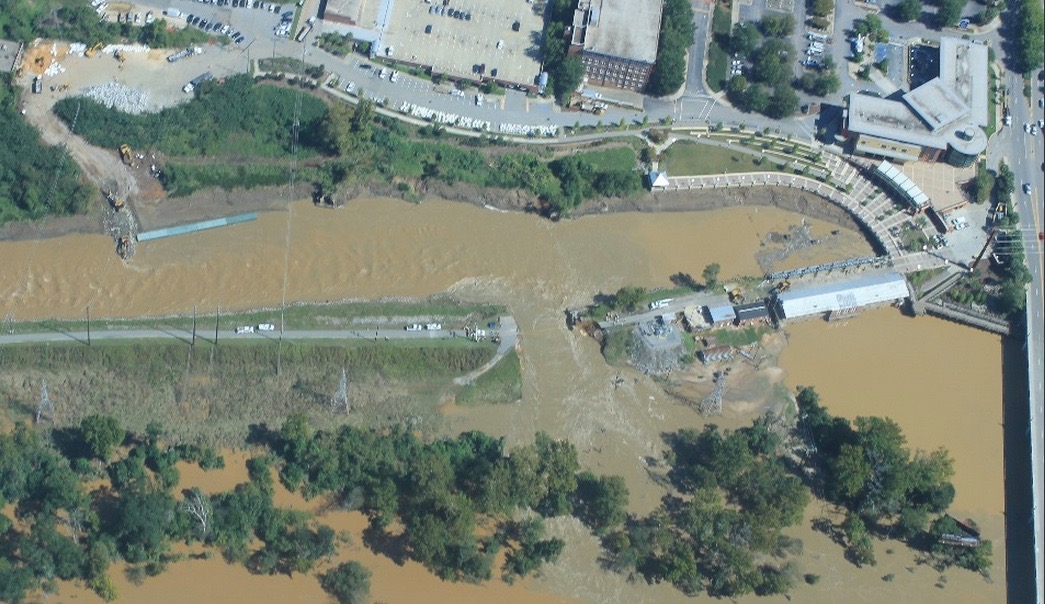 CITY COULD RUN OUT OF WATER …

The City of Columbia, S.C. is facing a much more severe water crisis than what is being officially disclosed, sources familiar with the situation tell FITS.

Specifically, the rush to close a major breach in the Columbia Canal – which is located next to the city’s central wastewater treatment facility – has reportedly become a race against time.

“If the canal breach isn’t closed within thirty-six hours, the city will run out of water by Monday,” one source told us.

Wow … and you thought the worst of “Floodmaggedon” was over?

Another source told FITS that city officials have reported asked local energy company SCANA to assist the National Guard in repairing the breach.  More ominously, contingency plans have reportedly been prepared in the event local hospitals need to be evacuated.

“No one’s pressing the panic button but it’s safe to say their fingers are over it,” one hospital source told FITS.

Also, we’re told the mass closings of all local government agencies in and around the Columbia area have been initiated as part of an effort to “reduce demand” on the city’s water system.

City officials have made no mention of a potential water outage – although they did urge residents to practice conservation in announcing a partial lifting of a boil water advisory that has impacted more than 400,000 Midlands, S.C. residents.

“City officials are asking citizens to continue minimizing water usage until further notice,” the release stated. “By conserving water, residents will assist the city in protecting one of the region’s main water sources while repairs are being completed.”

FITS has already published a pair of recent stories related to this situation.  First, we wrote extensively on the neglect of water and sewer infrastructure on the part of Columbia, S.C. “mayorhood” Steve Benjamin.  Second, we reported on efforts by National Guard soldiers to plug the breach.

Benjamin originally told mainstream media outlets the situation was supposed to have been resolved on Wednesday, but that it was now going to take “a couple of days.”

In addition to other municipal, county and state agency closings, the water crisis in Columbia forced the University of South Carolina to shut down its campus for the week.  It also forced the school to move its scheduled football game against Louisiana State University halfway across the country to Baton Rouge, Louisiana.