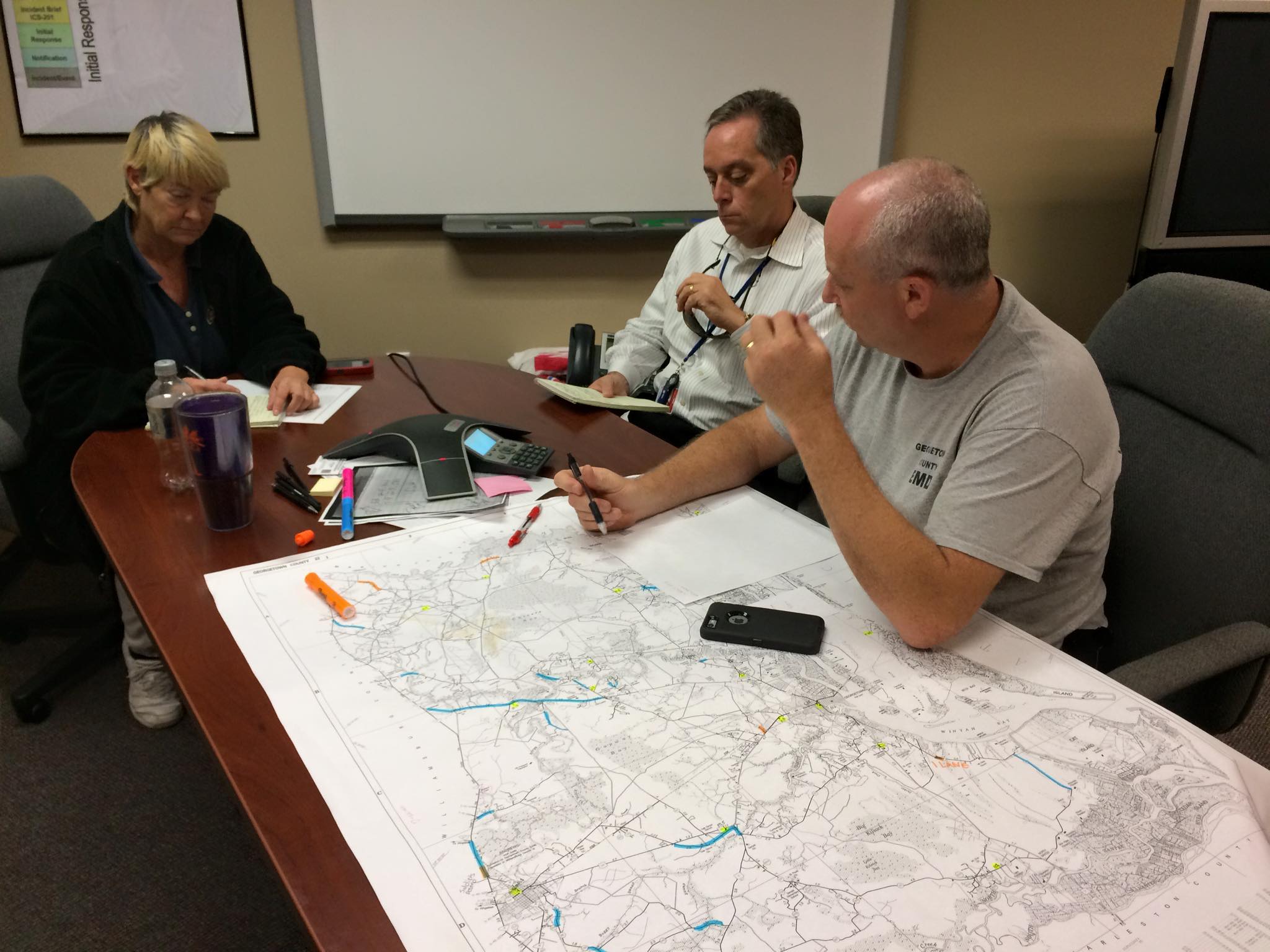 Georgetown County, S.C. could be the latest victim of “Floodmaggedon” – days after the rains stopped.

The coastal South Carolina town – situated between historic Charleston, S.C. and the “Redneck Riviera” of Myrtle Beach, S.C. – is in danger of being overcome by rising waters as rivers in the area are expected to crest within the next twenty-four hours.  Georgetown is located at the confluence of three major river systems – the Black, Pee Dee and Waccamaw.

Local officials are monitoring the rise in river levels.  So far, they have yet to sound any alarms.

“There are no mandatory evacuations at the moment,” the county’s emergency management agency said shortly after noon on Thursday.  “Areas of concern are along the Black River, the Pee Dee River and Mingo Creek.  People in these areas may want to be prepared in case mandatory evacuations become necessary later. Anyone in any area who feels unsafe should leave.”

As of late Thursday afternoon, S.C. governor Nikki Haley had not ordered evacuations, however she has “strongly encouraged” residents in Georgetown, Pawleys Island and Jamestown, S.C. to get out of harm’s way.

“We are having an issue getting those people to leave because they have been in hurricane situations,” she said.

At 4:00 p.m. EDT, S.C. adjutant general Robert Livingston confirmed that “there are no state-issued evacuations anywhere in South Carolina at this time.”

Meanwhile in Georgetown, officials with the Federal Emergency Management Agency (FEMA) are conducting door-to-door visits to assess flood damage from the first round of flooding.

Seems like maybe they’d wait until the damage had passed?  Yeah … that would probably make too much sense.

Particularly worrisome about this round of flooding?  The likelihood that elevated waters will persist in the area for several days as the Palmetto State’s rivers drain trillions of gallons of floodwater from inland areas toward the coast.

May the prosperity of shit water invade your homes!

Shit water for one and all! All hail shit water- Amen.

Gonna rename that river the Shitluda?

It would appear the flooding could be monumental in the low country. Many areas that are on the poverty level are going to be damage beyond repair.

Getting swamped with pee pee from the Pee Dee. Now that’s funny.

It is a terrible situation, but there are some opportunities for Democrats. With flooding of the Mingo Creek, Black river and the Pocotaligo swamp, there is an opportunity get photo ID’s for the feral negroes flushed out of these areas. Maybe attach the ID’s to collars around their necks.

“there is an opportunity get photo ID’s for the feral negroes flushed out of these areas.”

The Democrats are the racists for thinking there are blacks so backward, and only blacks, incapable of getting an ID.

A flood in Georgetown could only help that depressed area. Maybe it will flatten the abandoned steel mill? Now that would be a improvement!

There is a house in Hagley that could stand to be flooded. And the motorcycle flooding would be no loss. :)